This legendary leader strategically transformed his tiny nation into one of the most developed and wealthiest countries of the world. Can India learn lessons from his pragmatism and discipline?

Lee Kuan Yew, 91, the architect of modern Singapore, was the stuff legends were made of. It almost seems like a dream if you consider what all he did to ensure that Singa-pore, a dot on the map, got a place in the sun despite stiff opposition. He passionately worked on the strategy of building Singapore into one of the wealthiest countries in the world.

Many called him a dictator who did not care for civil liberty and human rights, but he did care. He knew some of these had to be sacrificed if his country had to spiral the way he wanted. When he started, the annual per capita income in Singapore was about $400. Years later, he had the joy of seeing it cross $50,000. He will be criticized for his strict controls over the press, public protests and political opponents. But commoners in Singapore will vouch that he did the right thing and often cite India as an example of how democracy may not the best thing.

If Singaporeans felt their heart miss a beat when his death was announced on March 24, they had good reason to do so. They had seen a quality of life that they never ever imagined in their poor surroundings. Singapore was just another insignificant port and a British colonial backwater before Lee came in. Today, it is a teeming global trade and financial center. Shipping companies love berthing there as it is so organized and fast. They wait their turn not for days to unload cargo, but hours. Compare that with Mumbai and you will see the genius that was Lee. Singapore today is the world’s largest container airport. In a tribute, David Cameron, the prime minister of the UK, said: “Lee personally shaped Singapore in a way that few people have any nation. He made his country into one of the great success stories of our modern world.”

He also created a sense of pride in his people, which showed in the clean, litter-free city-state, disciplined driving, good parking, speedy public services, et al. You will hardly ever hear blaring horns on the busy streets where speed limits are high as driving is disciplined. You will hardly ever see a police officer; but they are everywhere watching. There is no eve-teasing as punishment is severe. It is safe for girls to walk or travel unescorted. No taxi driver cheats as there is fear of the law. Buses and the Metro work like clockwork.

This did not come easy as Lee had to impose very strict laws and punishment for those who did anything that went against the country’s ethos of being a nation on the move. He believed that only strict fines or punishment would stop crime.

In 1960, Lee set up Singapore’s Housing and Development Board to replace slums and squatter settlements with apartments. Amazingly, nearly 80 percent of the resident population lives in government-subsidized housing. Military training was compulsory as Lee saw how it inculcated a sense of discipline and kept the country prepared for any emergency. Srinath Keshavan, chief executive, Trade Risk Consulting, Singapore, says: “Lee was known for his farsighted vision, clarity and resolve to get things done. I feel privileged to find a place in this country.”

Lee took the long tough road to ensure that Singapore beat a new path very different from its stagnant neighbors. He focused on building ties with the powerful. He was not being populist but was pragmatic and made sure that leaders were chosen carefully as they determined the future of the country. United Nations Secretary-General Ban Ki-moon declared: “Lee was a legendary figure in Asia.”

For three decades, Lee was at the helm, ruling with an authority few world leaders ever had. At a rally in Singapore nearly 35 years ago, he said: “Whoever governs Singapore must have that iron in him. Or give it up. This is not a game of cards. This is your life and mine. I’ve spent a whole lifetime building this and as long as I am in charge, nobody is going to knock it down.”  Transpose this with what is happening in India. What one government does, the other gets busy demolishing and running it down.

Of India, Lee once said: “If ministers and top bureaucrats were like Infosys’s Narayana Murthy—hardworking, tough taskmasters, hard negotiators, but forward-looking, India in one generation would become a first-world country.”

Lee was a British educated lawyer and was one of the founders of the People’s Action Party, which ruled the city from 1959. It led the newly-born country when it was separated from Malaysia in 1965. Lee never looked back. He did not need to. He had made Singapore into one of the most regulated societies. Critics, however, feel that all the prosperity and growth has come at the cost of personal freedom. This is something that future generations may want to change. 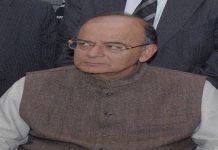 A Man With a Big Heart 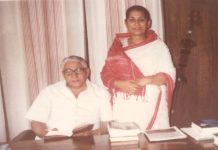 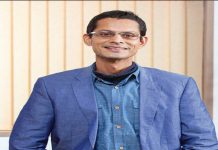