Repeated attacks on the forces by Maoists have shown that counter strategies haven’t worked. Without a proper security doctrine, clear leadership and good intelligence, this war will see more bloodshed. 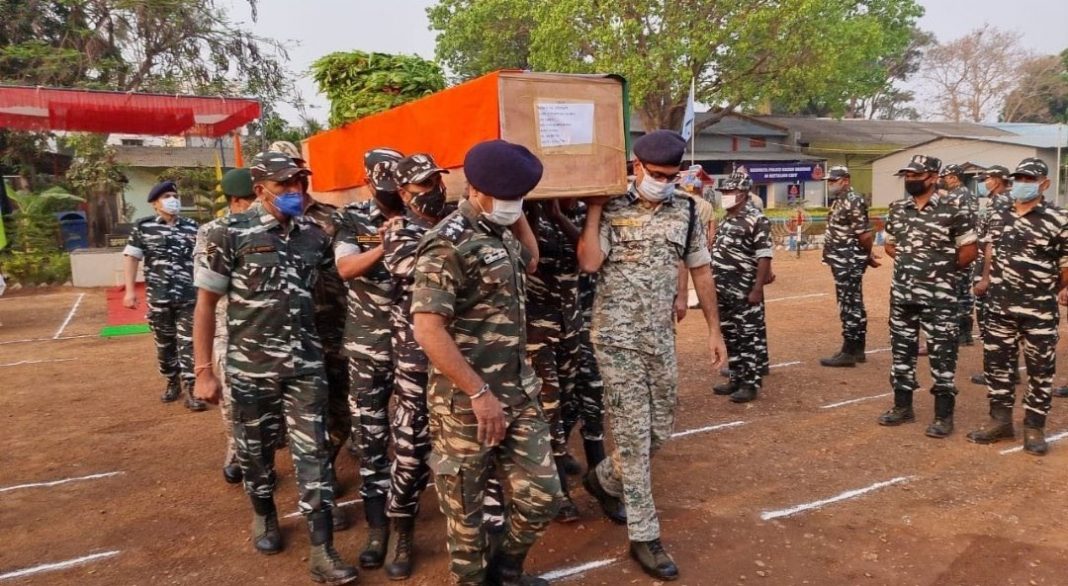 It is a universal phenomenon for any state to be in a situation of an armed conflict, be it external or internal. However, any international armed conflict, though more severe, is far easier to handle than the one within its own boundaries with its own people. This type of conflict is called insurgency warfare. If this situation gets more serious, it could develop into what the Geneva Convention terms as a Non International Armed Conflict (NIAC).

This type of conflict is carried out by anti-government forces, which occupy a vast amount of national territory, have an independent governing mechanism and their own well-armed and disciplined fighting force, with a proper chain of command like the one created by the LTTE in Sri Lanka.

In an external conflict, the entire nation comes together as one body to face the threat. However, when it comes to an internal conflict like the Naxal problem, it becomes a protracted armed struggle between the central government and a number of politically motivated bodies with different ideologies, supported by the local population and sometimes with external armed and monetary support.

The Naxals, at one time, occupied over 40,000 sq km of territory in the Red Corridor, extending from the south of Nepal to the north of Andhra Pradesh, challenging the security forces very aggressively. The recent loss of 22 CRPF jawans in an ambush by Maoist insurgents in Bastar is one of the many examples of internal conflict. The entire problem, which is socio-economic, has taken firm root and would require a deep understanding of the situation if we want to eradicate it.

The insurgency in question is an ongoing conflict between Maoist groups and the government. As per Maoists and their supporters, the colonial policy that makes the State the custodian of tribal homelands was ratified by the Constitution. This automatically made the tribals helpless squatters in their own homeland. They were not only deprived of forest resources and produce, but dissuaded from taking advantage of other bounties like water bodies, fishing areas and mines which were their source of livelihood for ages.

Naxalite conflicts started somewhere in the sixties, and the failure of each government to introduce much-needed constitutional reforms to bring in tribal autonomy with respect to use of natural resources, introducing land ceiling laws, limiting the land possessed by the landlords, and subsequently, distribution of excess of land to landless farmers and labourers further added to the problem. However, the most important point which gave birth to the Naxal movement was giving away of tribal land to non-tribals. Thus started the conflict between the aggrieved tribals and the landless and rich exploiters supported by government forces.

The ongoing conflict, encompassing nearly 14 states, has claimed hundreds of lives since 2005. However, the conflict now remains confined to Chhattisgarh, Telangana, Maharashtra and Andhra Pradesh.

According to a study, 58 percent of the people surveyed in Andhra Pradesh think positively of the Naxals, while 19 percent are against it. The Naxals are in a constant state of conflict with government workers, staff, police and security forces for improved land rights, agricultural reforms and more jobs for agricultural workers and the poor. While a number of reforms had been talked about and security forces have been deployed in large numbers, the results have not been as expected. The massacre of 76 CRPF personnel in 2010 at Dantewada was shocking, no doubt, but the list of failures of the security forces is what makes us sit up and think.

So why are the security forces facing an uphill task for so many years in spite of a large number of reforms introduced to enhance their efficiency in terms of more modern fighting systems, improved surveillance systems like drones and radars and flying assets of the IAF?

A number of questions regarding the poor performance of the security forces come to the fore:

The reason for the poor performance of the security forces is the sum total of all these. Is there a proper security doctrine written on the subject of internal security and operations (ISO)? This, I am afraid, is not there and hence, the main problem.

The fact is that there are no clear polices on this subject, be it the training of officers and men, deployment of force, arming them with proper weapons as per the nature of tasks allotted to them, good intelligence and what should be the source of such intelligence. Finally, what should be the extent of political control on the forces operating in ISO?

Coming to training, while paramilitary forces are made to look like the military in appearance (they are, after all, involved in anti-terrorist/counter-insurgency/jungle warfare), are they trained for this role? In the present case, it is the CRPF that has got the brunt of Naxal violence. What sort of training centre does this paramilitary force have? Jungle warfare is totally a military subject and takes years of training and deployment before one can claim expertise in it.

After the Dantewada episode, it was suggested by a number of experts that besides the paramilitary force being trained in the army school of jungle warfare, it should be attached to an army battalion, along with their officers, for 18 months or so to get their military tactics polished up. The commanding officer of the army battalions should be held accountable for any shortcoming in the training.

Coming to leadership skills, any paramilitary force is officered by two types of officers the first belongs to the cadre, i.e., they join in the rank of assistant commandant and climb up the ladder, and the second is an IPS officer who joins the force above the middle level. The latter have no experience of either being trained in the cutting edge of the force or working or commanding the force at that level where the actual operation takes place. It is these officers who take over all the top posts, director-general downwards. It is like an officer joining the army as a brigadier without training or serving as battalion commander, company commander or platoon commander. This is an impractical and unimaginable situation in any fighting force. That is why no proper guidance is forthcoming from the top, as far as operations are concerned. Whatever is achieved by the paramilitary forces is due to the efforts of the cadre officers who are in the field, bearing the onslaught with the troops.

This total lack of understanding of the key result area of the organisation by the leadership at the top not only leads to improper supply of right weapon systems, but lack of unhindered flow of intelligence. This is due to the total lack of coordination between a large number of security establishments under various ministries or state governments.

This has obviously made the unfortunate forces sitting ducks for the Naxals.