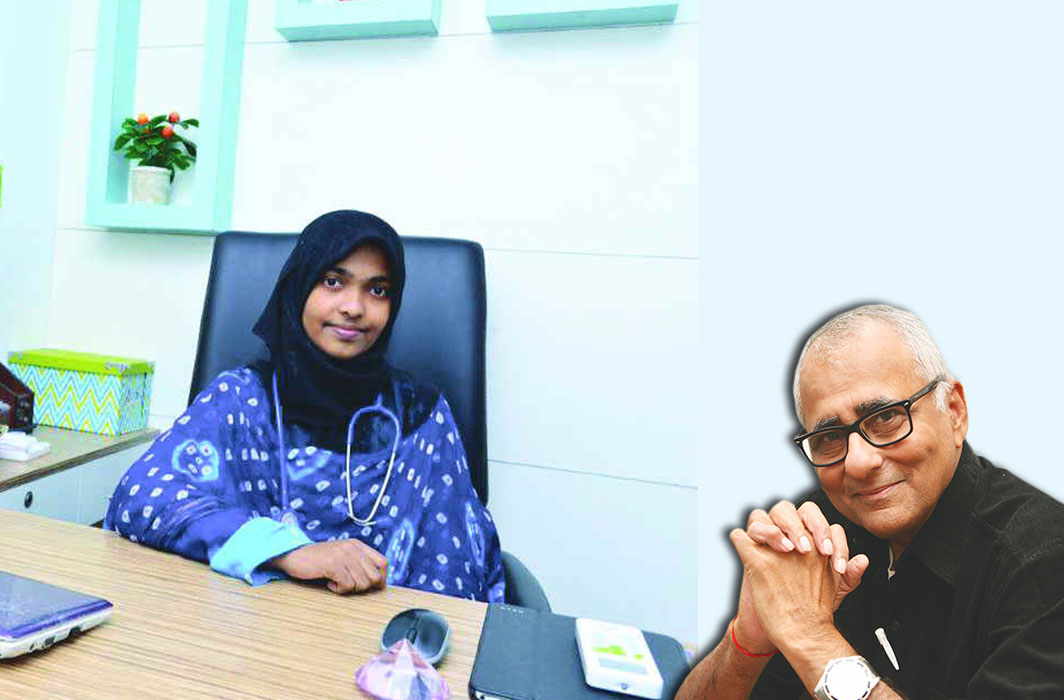 In a recent post, I ladled praise on the Supreme Court for what I believed was a bold decision in today’s prejudice-charged Indian social milieu, allowing a Kerala woman, Hadiya, to appear before three of the nation’s most powerful judges and cry piercingly and clearly for her freedom.

For close to 11 months, she had been ordered to remain closeted in her father’s custody—separated from the Muslim man she loved and then married. This followed a Kerala High Court decision annulling the marriage, based on a case filed by her father that her husband had forcibly converted her to Islam and imprisoned her in wedlock.

This practice goes by the name of “love jihad”—the coercive tactic, according to Hindutva and RSS activists, of Mohammedan radicals inveigling Hindu girls to embrace Islam and marry Muslims. There followed what is possibly the most extraordinary sequence of events in Indian judicial history. On an appeal from Hadiya’s husband contesting the right of the High Court to send his spouse into exile, the Supreme Court first referred the matter to the National Investigation Agency (NIA), India’s counter-subversion outfit which investigates terror groups such as the ISIS, and then decided to call Hadiya to Delhi to testify on her own behalf. Had she been coerced, intimidated, forced to convert and shackled to a religious fundamentalist beast in holy matrimony?

Hadiya’s answers under direct questioning by the judges were clear, concise, unwavering. All resounding, ineluctable “no’s”. The Court struck down part of the lower court’s decision. It directed her to complete her studies, freed her from enforced paternal bondage, reinstalled her in a women’s hostel. The “findings” of a purported 100-page NIA report could be studied at a later date.

But much of what that report presumably contains had already been leaked. And some of the readers of my earlier post were disturbed that the Court, during the proceedings, referred to the “Stockholm Syndrome”, a preposterous theory spun by the NIA in order to justify Hadiya’s continued confinement. This Syndrome theory suggests that “victims” like Hadiya are fatally indoctrinated by their captors to the extent that they will not only fall in love with their tormentors, but also support their nefarious causes and refuse to testify against their own torture and suffering even when freed.

This is what the NIA and Hadiya’s father had sought to portray—that she was the captive not of her enforced custody with her father but rather the indoctrinated, brainwashed, psychopathic victim of the husband and the Islamic radicals.

Worldwide, this theory gained currency in the infamous criminal case of Patty Hearst, the white American heiress of the multi-billion-dollar Hearst media empire. In 1974, she was kidnapped by an armed, violent left-wing group. Three years later, the world was stunned to see photographs of her splashed across newspapers. She was holding a gun, helping the same goons robbing a bank. Her defenders, during the trial in which she was convicted for seven years, viewed her as a casualty of the Stockholm Syndrome—a phrase invented just two years before her capture, when some Swedish bank workers who were held captive for a week had actually begun to take the side of their subjugators.

The theory seemed fashionable for a while, but there are no real takers for it now, and the US courts did not fall for it. As one expert commentator put it: “Not everyone agrees that the Stockholm Syndrome is real. There are no standard criteria by which to identify the disorder; it isn’t included in psychiatry’s main diagnostic manual. Critics insist it’s largely a figment of the media’s imagination.”

In an authoritative article on the subject, “Why Stockholm Syndrome Could Be A Total Myth”, Erin Fuchs, one of the world’s top legal journalists, quotes Emory University clinical psychologist Nadine Kaslow: “There is very little evidence to sort of validate that Stockholm Syndrome exists. It  is mostly talked about in the media.”

In her iconic piece, “The Myth of Stockholm Syndrome and how it was invented to silence an indignant young woman”, activist-author Barbara Roberts spoke at length to Dr Allan Wade of the Centre for Response-Based Practice. Wade was the first psychiatrist to interview one of the Stockholm hostages, Kristin Enmark, and present original source material to develop a quite different and contextual view of the hostage-taking and the notion of the Stockholm Syndrome.

In an article on the subject, “Why Stockholm Syndrome Could Be A Total Myth”, Erin Fuchs, a top legal journalist, quotes Emory University clinical psychologist Nadine Kaslow: “There is very little evidence to sort of validate that Stockholm Syndrome exists. It is mostly talked about in the media.”

In an introduction to Dr Wade’s presentation on the subject, Roberts writes: “He (shows) how Kristin prudently and courageously resisted the violence of the hostage takers, protected and kept solidarity with other hostages, worked through a disorganised response from authorities, preserved and reasserted her basic human dignity, and carefully managed a highly fluid situation.”

From this analysis, Dr Wade showed how the Stockholm Syndrome and related ideas such as “traumatic bonding”, “learned helplessness”, “battered women’s syndrome”, “internalised oppression”, and “identification with the aggressor/oppressor” shift the focus away from actual events in context to invented pathologies in the minds of victims, particularly women.

Writes Roberts: “This is new stuff for us all. Many of us have heard about the Stockholm Syndrome and received it as ‘truth’, unthinkingly. Some of us may have felt it helped us understand a little bit more of the perplexing experience of abuse. But it’s really interesting to find that the term ‘Stockholm Syndrome’ was invented by a psychologist who didn’t even interview the woman it was supposed to describe!”

As Roberts rightly says, let us really chew the cud on this:

These bullet points could well be about Hadiya.