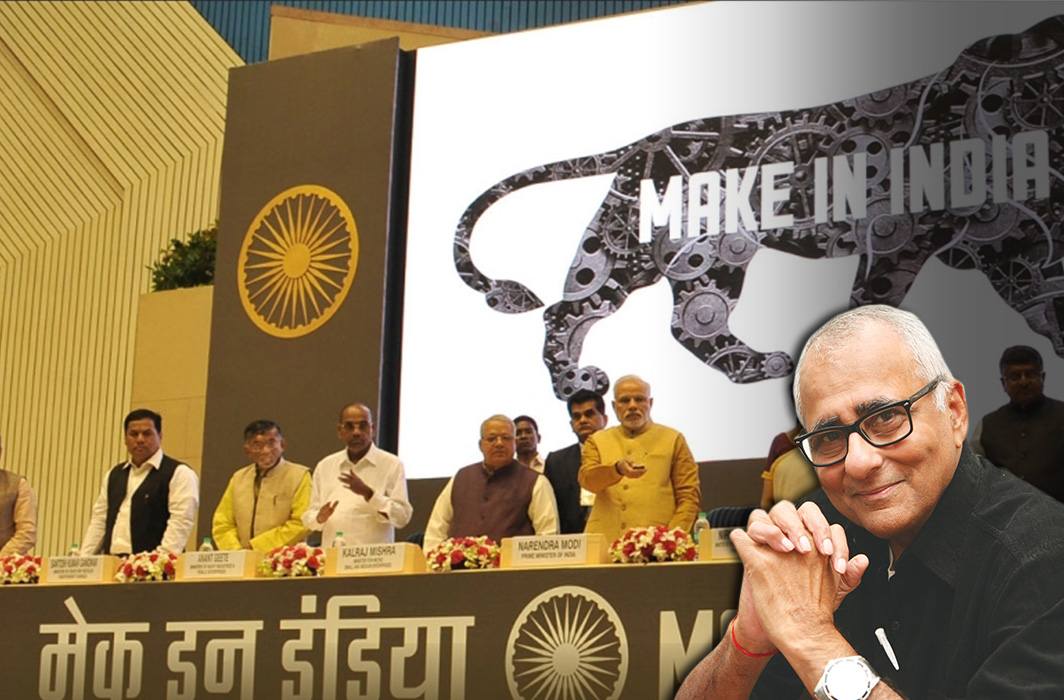 Prime Minister Narendra Modi’s “Make in India” initiative has been a bit of a flop. The defence sector, anointed as the lead agency in what could have been a laudable scheme “envisaged to galvanize manufacturing, continues to languish at the altar of procedural delays and has failed to demonstrate its true potential”.

This is not criticism from some opposition party but rather the words of India’s own ministry of defence which has written a stinging indictment of the lethargy that so often overtakes and stymies otherwise praiseworthy enterprise.

In particular, the report, addressed to the prime minister, says that the “desired level of indigenization and self-reliance in defence manufacturing research and development and timely equipping of Service are some of the areas where the situation continues to be far from satisfactory”.

Perhaps the prime minister himself has something to answer for on this subject. India has hardly been transformed into a “come hither” nation during the last three years of Narendra Modi’s governance. The ease of doing business, notwithstanding official statistics, is no easier than before. The corruption index, high taxation, countervailing duties and protectionism remain high. There is a loss of confidence in the banking system. Consumer buying has ebbed since demonetisation. New investments are not even worth talking about and Chinese goods are literally swamping the marketplace.

At a sectoral level—defence—the continuing Rafael purchase for the Air Force appears to be eating into Modi’s grandiloquent design. For more than two decades, defence experts have been predicting a virtual existential crisis for the Indian Air Force. Its frontline fighter strength has inexorably depleted, with inevitable phase out of obsolescent aircraft, scientifically predicted according to their age, airframe fatigue, outmoded systems and laughable armament avionics. The much ballyhooed “two-front” war would be nothing short of a disaster under these circumstances.

Prime Minister Narendra Modi’s announcement in Paris, ordering 36 Rafales directly from France with no follow on transfer of technology or production in India has reduced the IAF’s requirement. The “Make in India” bombast was defeated by the very person who had coined the phrase!

More than 20 years ago, IAF planners began identifying options to keep their strength at the sanctioned 42-combat squadron level, specifically to replace the 20 squadrons of MiG-21 variants plus 10 squadrons of MiG-23/27s which constituted the bulk of the IAF combat force, with next generation multi-role fighter types.

Says Vayu magazine editor and former Jane’s Defence Weekly commentator Pushpindar Chopra: “In fact, this situation was well-understood much earlier, when in 1983 the government of India constituted the Aeronautical Development Agency to manage, fund and monitor progress of the light combat aircraft (LCA) to be indigenously designed, developed and manufactured in India to meet the IAF’s expected MiG-21/27 replacement requirements from the late 1990s.”

He adds that this programme has “tragically floundered” for over three decades. The handful of Tejas LCA Mk Is produced by HAL for the IAF have fundamental flaws in the aircraft’s essential design (by inexperienced engineers at ADA) and inadequacy of production infrastructure (at HAL Bangalore). In consequence, instead of some 200+ LCAs serving with the IAF already, there is today just one LCA squadron being raised, equipped with just a handful of LCAs which too have doubtful operational capability.

Says a senior IAF planner: “The possibility of this situation had alarmed IAF planners in the late 1990s when the government was urged to hedge against continued delays in the LCA programme and efforts made to induct 126 Mirage 2000s to supplement the 50-odd Mirage 2000s already in IAF service, which were considered as the most effective multirole fighter extant.” This requirement was accepted by the government and was the basis for formalization of the “Medium Multi-Role Combat Aircraft” programme, with the IAF shortlisting four fighter aircraft types that best met its requirement. These were the Dassault Mirage 2000, Lockheed Martin F-16, Saab Gripen and MiG-29M (later re-numbered as MiG-35).

The initial request for information (RFI) was sent to the four companies in 2004 but inexplicably, the follow on request for proposal (RFP) was delayed till 2007 and when this took place, amazingly, included far heavier, complex and very expensive aircraft types such as the Eurofighter Typhoon, Boeing F-18 Super Hornet and Dassault Rafale.

“This was considered by experts as being most unprofessional since the very purpose of having a ‘medium’ multirole fighter to replace the MiG-21/27s (by implication also affordable in large numbers) was now completely defeated,” says Chopra. The MMRCA competition became farcical as, even though six different fighter types were strenuously evaluated, including flight testing and armament firing taking place, the shortlisted types were not only 50 percent heavier than the MMRCA specifications but at least twice as expensive to procure and multiple times more expensive to operate. As a wag put it: “Some termed this as comparing apples with pineapples!” Inevitably, and for reasons that need not be spelt out here, the Dassault Rafale was chosen in January 2012 but the contract was not formalised for its procurement and licence production in India (total of 126 aircraft) floundered till the change of government in 2014. Why?

The new prime minister’s flash announcement while visiting Paris in mid-2015, ordering 36 Rafales directly from France with no follow on transfer of technology or production in India, took the community by surprise as this not only drastically reduced the IAF’s requirement (from 126 aircraft) but gained absolutely no advantage for the Indian industry and the “Make in India” bombast was defeated by the very person who had coined the phrase! Technically too, the MMRCA tender remained “live” and the other contender (Eurofighter) were still in the running. Technically, there could have been an international legal dogfight over this but the losers did not choose to pursue it.

The situation in 2018 is very dark for the Indian Air Force and the only silver lining could be acceptance of the IAF’s plea to select a single-engine fighter and procure/build this type in India in sufficient numbers to arrest the drastic decline in combat fleet. The handful of Rafales will only equip two squadrons by 2021 while the blighted LCA will equip perhaps another two by the same time. By 2021, however, the IAF will have lost all its remaining 11 squadrons of MiG-21/27s, leaving the service “on par” with its key adversary, the Pakistan Air Force which will have about the same number of combat squadrons.

With China now wielding its next generation fighters in Tibet and the situation in Kashmir remaining explosive, it is imperative that the government pulls out all stops and rapidly proceeds with the process that it began in 2016. And that is to identify a suitable lighter fighter which is not only of the next generation but can be procured in large numbers at an affordable cost and within the next three years.

The sad irony is that instead of “making in India”, India is today the world’s largest single importer of arms. And despite this, it cannot even meet the real defence needs of its air force.