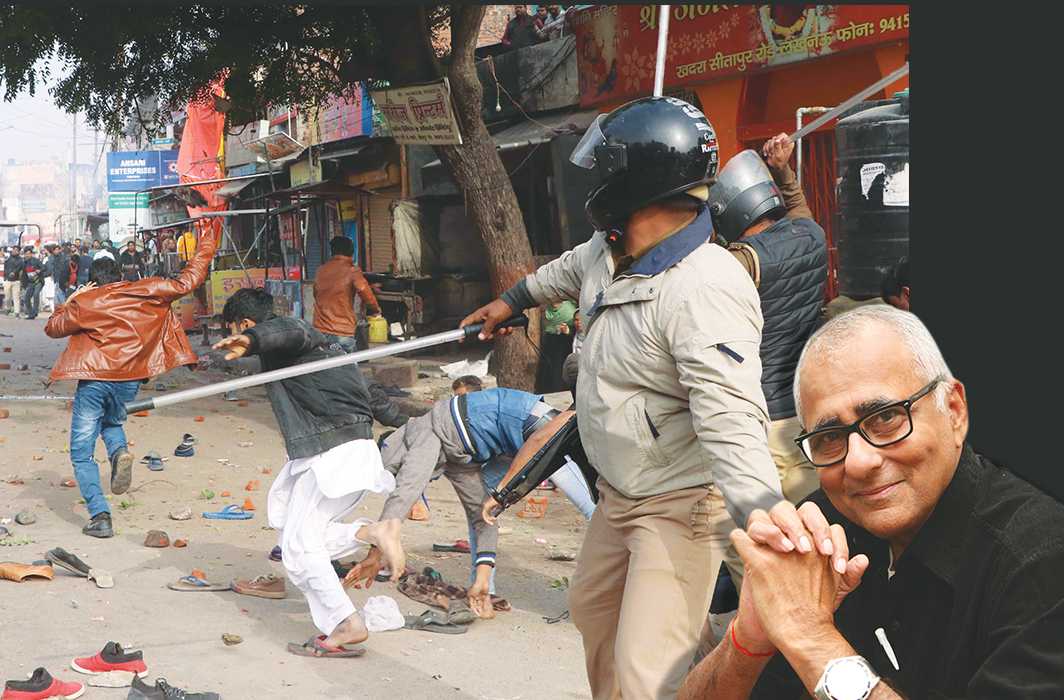 It is popular, even fashionable to judge the competence and independence of the Indian judiciary by examining the performance and pronouncements of the Supreme Court. This is a myopic way of assessing the real strength or weakness of the nation’s juridical architecture entrusted by the Constitution to uphold, without fear or favour, the rule of law on which rests the foundation of the nation’s Republican democracy.

It is but natural that the Delhi-based apex court should receive media and political spotlight. It is the central body entrusted with determining the constitutional propriety of the behaviour of the powerful executive and legislative arms of governance. It has the power to checkmate any institution bent upon infringing on the basic structure of the Constitution, primarily in the inviolability of the right to life, liberty, equality and the pursuit of happiness. The Supreme Court may be the only central body. But it is not the only body.

Even as the Supreme Court is mulling over petitions filed in connection with police and state excesses against protesters and students opposed to the Citizenship (Amendment) Act and related schemes, the High Courts have not been sitting silent. All across the country, these courts as well as magistrates have been ordering the release on bail of jailed protesters, often scoffing at the serious charges made against them by the police as spurious and concocted. The release of jailed demonstrators in Bijnor, UP, as well as of Bhim Army chief Chandrashekhar Azad in Delhi are prime examples of the delivery of justice outside the portals of the Supreme Court.

In the most recent example of no-nonsense action, a Delhi court directed the Delhi Police to submit a report for not filing FIRs against Union Minister Anurag Thakur and Member of Parliament Parvesh Sahib Singh Verma, star campaigner of the ruling Bharatiya Janata Party. The plea was filed by the Politburo member of the CPI(M), Brinda Karat, and the Secretary of the CPI(M) Delhi unit, KM Tewari.

The Additional Chief Metropolitan Magistrate of Rouse Avenue Court, Vishal Pahuja, directed the Deputy Commissioner of Police (DCP), New Delhi, to submit the report. The Court has asked the DCP to file his reply by February 11. The counting of votes is scheduled to happen on February 11.

Brinda Karat had approached the Court after her written complaints to the Commissioner of Police and the Station Head Officer, Parliament Street Police Station, weren’t acted upon. Prior to the filing of the plea, Karat and Tewari had written to the Commissioner on January 29 and 31. The CPI(M) leaders’ complaint against Thakur and Verma had sought filing of FIRs under Sections 153A, 153B, 295A, 298, 504, 505, 506 of the IPC.

A few more historical points should suffice to prove that the lower courts have often shown tremendous integrity and guts in standing up for constitutional morality against the ruling political dispensation. After the demolition of the Babri mosque at Ayodhya in 1992, President’s Rule was imposed in the states of Uttar Pradesh, Rajasthan, Madhya Pradesh and Himachal Pradesh where the ruling party was the Bharatiya Janata Party. Imposition of President’s Rule in Madhya Pradesh, Rajasthan and Himachal Pradesh was assailed in the High Courts.

The High Court of Madhya Pradesh held that imposition of President’s Rule in the state was unconstitutional and there was no relevant material to justify the action in Sunderlal Patwa vs Union of India.

In this context, I would like to quote directly from a chapter on the judiciary from Pitfalls of Indian Democracy, a marvellous book by author-editor Hari Jaisingh which has contemporary relevance. He wrote: On August 1975 {during Mrs Gandhi’s Emergency] Parliament passed the 39th Amendment. One of its provisions was to place 27 enactments in the Ninth Schedule of the Constitution…immune from any challenge that it violated one of more fundamental rights guaranteed by the Constitution…All these devices, however, failed to deter the detenus from challenging the lawless laws under which they had been jailed, or the High Courts from striving to defend the fundamental rights of citizens within the four corners of the new limitations imposed by the government under the guise of the Emergency.

The Delhi High Court’s judgment on Kuldeep Nayar’s habeas corpus petition declared the journalists’ detention invalid on the ground that the government had failed to give any reasons for the action. The judge commented that the right to life and liberty had not sprung from the Constitution, but were basic natural rights, given due protection by the Constitution, and that suspension of rights did not remove them entirely.

After the proclamation of the Emergency a large number of detenus filed petitions in the Supreme Court…Behind their back and without hearing them, a bench of the Supreme Court presided over by the chief justice ordered that all such petitions be ordered as withdrawn en bloc…A large number of habeas corpus petitions were pending in various High Courts…In view of the suspension of the right to enforce Article 21 of the Constitution, no person was entitled to approach any court on the ground that his detention was mala fide…

One after another, seven High Courts, however, held that the suspension of the right to enforce Article 21 could not have the effect of suspending the rule of law and it was therefore open to a detenu to file a habeas corpus petition…

It needs to be noted with gratification that during the worst political crisis that Independent India ever faced, the country’s High Courts rose to the occasion and proved true and courageous champions of citizens’ democratic rights. Ironically, it was the Supreme Court that seemed to be hamstrung by the Emergency and sided with a retrograde regime that was bent upon taking the Indian people away from the democratic life they had chosen for themselves.

Lead pic: High Courts and magistrates have ordered the release of jailed anti-CAA protesters, often scoffing at the charges made against them by the police/Photo: UNI