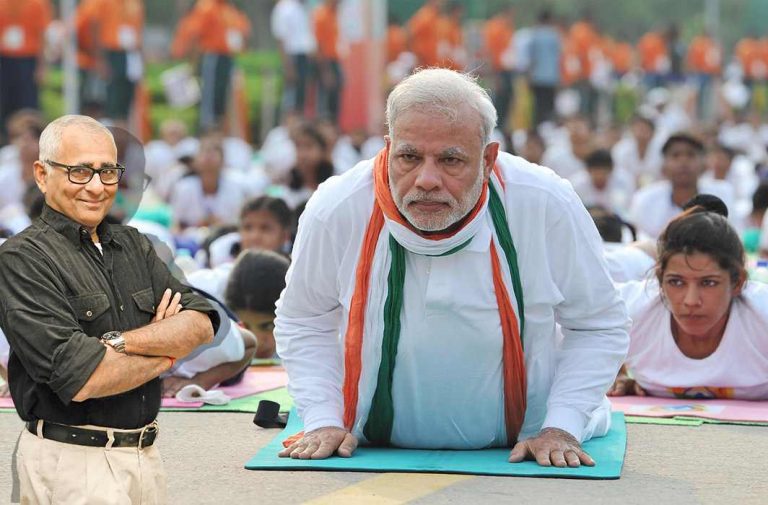 India has always been a powerful soft power. This attribute is a muscle the nation has used effectively in dealing with the world to make it more accommodating to its permanent geopolitical interests. But we are coming perilously close to losing this hitherto effective weapon of winning friends and influencing people.

As against “hard power”, which is brute military strength and capability of the type America, China, Russia and NATO possess, “soft power” is the ability to get our way through appeal, acceptance and desirability rather than jingoism and military coercion. Nobody realises this better, perhaps, than Prime Minister Narendra Modi, and yet he appears not to notice when people who profess to be his most ardent followers commit acts which undercut this strength.

Actually, in today’s world, soft power is an essential corollary of hard power. Take the example of America: Its absolute might is unquestioned. Its troops are stationed in some 130 countries around the globe, and no opposing army would dare to challenge it on a level playing field, observes Joseph Nye Jr, former Dean of Harvard’s Kennedy School of Government. But the central paradox of American power is that even as its military superiority has increased, “its ability to persuade is at low ebb in many parts of the world, even among its oldest allies”.

He writes: “When the United States paid insufficient attention to issues of legitimacy and credibility in the way it went about its policy on Iraq, polls showed a dramatic drop in American soft power. That did not prevent the United States from entering Iraq, but it meant that it had to pay higher costs in the blood and treasure than would otherwise have been the case. Similarly, if Yasser Arafat had chosen the soft power model of Gandhi or Martin Luther King rather than the hard power of terrorism, he could have attracted moderate Israelis and would have a Palestinian state by now. I said at the start that leadership is inextricably intertwined with power. Leaders have to make crucial choices about the types of power that they use. Woe be to followers of those leaders who ignore or devalue the significance of soft power.”

I admire Modi’s successful use of soft power to make India matter in the world. The International Yoga Day is not an internal gimmick but a successful attempt to project India as a nation showing a new path to world health consciousness through its ancient knowledge. Modi’s so-called rock-star performances before Indian audiences in foreign countries are another recognition of his ability to use what could be its most persuasive soft power weapon —the influential Indian diaspora—to influence the politics of their new homelands in the interests of their country of origin.

These are Indian-origin business icons who have helped put their mother country on the world map. But in the past, also, there have been other heroes and heroines who have made the world sit up and listened to an India that was neither economically powerful nor militarily muscular.

MC Chagla, the highly venerated liberal lawyer and jurist, stunned the world with his forceful arguments as leader of the Indian delegation to the UN Security Council during debates on the Kashmir question. He made a splash not only because of his brilliance but also because the world respected him as an embodiment of the liberal and human rights-oriented spirit of a newly independent and emerging India. He helped consolidate Indian moral leadership by receiving a UNESCO Award for Distinguished Service to Human Rights.

The opening up of the economy, privatisation and globalisation were a throw of soft power which brought the importance of the Indian economy and demographic dividend centre-stage. And Modi’s most memorable phrase during a visit to Japan was: “In India you will find no red tape, only red carpet.”

Perhaps the most appealing and powerful projection of India’s power was its boast of its continuance of a rule-of-law democracy, its free press, its constitutional guarantee of freedom of expression, all of which added to the armamentarium of India’s and its diaspora’s arguments to persuade powerful, free world countries to see things India’s way.

Prominent among them were political heavyweights like Lord Meghnad Desai and Nobel Laureate Amartya Sen. There is no gainsaying that most Indians, even Modi’s idealistic critics, were proud when his editorial in the powerful Washington Post evoked names like Swami Vivekananda, Martin Luther King, Mahatma Gandhi and Henry David Thoreau, and called for exploring ways in which businesses, scientists and governments can partner between the two countries. Here too, the importance of Indian demographics, democracy and similarities between the US and India were highlighted.

In sharp contrast, consider this latest news item from London’s influential newspaper, The Guardian: “India’s film censors (headed by Pahlaj Nihalani) have ordered that a documentary about the economist and Nobel laureate Amartya Sen be altered to remove words including ‘Hindu’, ‘India’ and ‘cow’, the director has said.” If somebody of his stature cannot express himself freely, what hope does the common citizen have?

While Narendra Modi perhaps realises the strength of soft power, he appears not to notice when those who profess to be his ardent followers commit acts undercutting this strength

“The censor board has not only been accused of political bias. Nihalani has also voiced his objections to depictions of homosexuality in film and once tried to issue a list of expletives he wanted banned. The producers of An Insignificant Man, a documentary about the Delhi chief minister and bitter Modi critic Arvind Kejriwal, say they have been ordered by the censors to secure the approval of the prime minister’s office before their film can be released.”

Nihalani is a self-proclaimed fan of Modi, as he has every right to be. The prime minister’s party is proudly promoting “Hindu”, “India” and “cow”; so if you are so proud of these concepts, why be ashamed of letting the world hear them in a documentary? And in the process, invite world opprobrium for censoring one of the most beloved Nobel Laureates of the world who is also a shining example of India’s soft power?

This is but one example of how many of the prime minister’s supporters are becoming obstacles in the path of their leader who recognises the importance of promoting India’s interest through the use of its most potent weapon—the soft power of a liberal and tolerant democracy.

I repeat Nye’s admonition: “Woe be to followers of those leaders who ignore or devalue the significance of soft power.”