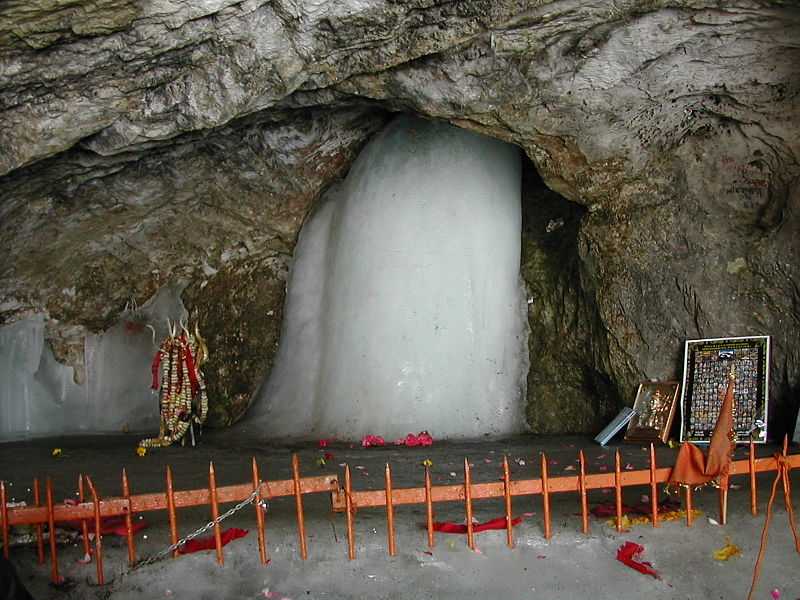 The COVID-19 pandemic has become so overwhelming across the country that it might now deprive Indians of one of their peak, annual religious pilgrimages, the Shri Amarnath Yatra. An appeal to stop public participation in this for 2020 has been made in the Supreme Court, and the court will hear this on Monday (July13). Originally, the Shrine Board had cancelled the Yatra, but had quickly reversed its decision.

What the bench of Justices DY Chandrachud, Indu Malhotra and KM Joseph will hear is a plea seeking directions to restrict the entry of public for this annual Yatra. The hearing will held be through video-conferencing.

The plea has been filed by advocate Pai Amit and drawn by advocates Pai Amit, Rahat Bansal and Rajesh Inamdar.

According to the petitioners, the current pandemic situation is a disaster as defined under the National Disaster Management Act, 2005, which has affected the normalcy of life. Since such a situation is still prevailing, the Shri Amarnath Yatra for the year 2020 should be restricted for public entry, considering the threat it may cause to public health, and in view of the outbreak of the COVID and the fundamental rights of the citizens, including Articles 14 and 21 of Part III of the Constitution of India that it may violate. Therefore, if the devotees and pilgrims are permitted to attend the Yatra, that would cause a serious public health issue in the present pandemic situation.

The petition says there is no rationale behind the decision of the Shrine Board to withdraw the cancellation of the Yatra, especially considering that the number of cases of COVID-19 in India have reached almost 5.5 lakhs (this data is till when the appeal was drafted). The Shrine Board had initially cancelled the Shri Amarnath Yatra 2020 for pilgrims and devotees on April 22, 2020, in order to not put them in the harms way and contain the COVID-19 virus. The decision to cancel was later withdrawn within a few hours.

In the present situation, the petitioners have requested for a restriction on the participation of the devotees and pilgrims thereby restricting the entire puja only to the essential persons/trustees, etc.

The petition has cited government of India guidelines restricting the number of people who can attend a wedding ceremony or a funeral to ensure that the outbreak of the pandemic is not furthered, and stated that if similar standards are applied, the Yatra should be closed for devotees and pilgrims who will be forced to hardships due to the absence of proper transportation and lodging facilities.

The petitioners have also clarified that their case is not to limit the exercise of the right to freedom of religion enshrined in Article 25, and seek the cancellation of the religious ceremonies or related aspects of the worship of the Lord Shri Amarnath ji, but only to limit the ceremonies to bare essential persons, and not keep it open to the public at large.

The petitioners have requested the Court to consider the matter throughthe prism of public health, and not through the prism of the right to religion, as protection of public health is a fundamental consideration and a bounden duty imposed on the State in terms of Article 21 read with Article 14.

The petitioners have advocated a complete restriction on the public from participating in the Amarnath Yatra rather than banning the yatra altogether, as it will also enable the religious ceremonies and rituals to be conducted in the worship of the Lord Shri Amarnath Ji without any compromise, while following the social distancing guidelines.