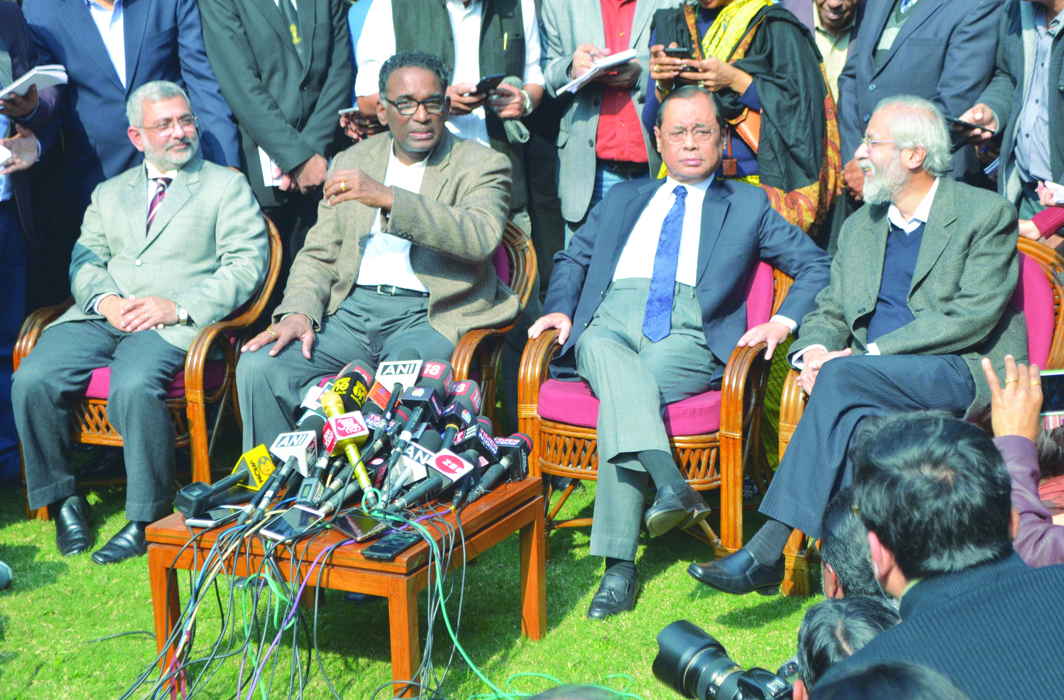 The action of the chairman of the Rajya Sabha in rejecting the motion to impeach the chief justice is justified and strictly constitutional. He has saved the judiciary from further ridicule

I would characterise the January 12 press conference by some judges of the Supreme Court and the consequent assault on the judiciary from several quarters as “a self-inflicted wound”. The ill-conceived impeachment motion by Opposition parties, knowing full well its futility, can be termed “an unnecessary political gambit”. The Republic and We, the People of India, are the losers in the game which some judges and a section of politicians played to settle personal scores, advance partisan agendas or whatever else.

Having been associated with the National Judicial Academy at Bhopal and the Commonwealth Judicial Education Institute in Canada, I can say that the Indian judiciary is held in very high esteem not only within India but across the world. The independence and impartiality in judicial decision-making in Indian courts, despite shortcomings in infrastructural support and pressure of mounting arrears, is a matter of amazement for judges in other jurisdictions. All that became suspect with the Justice CS Karnan episode in which a sitting High Court judge was jailed for contempt and by an indictment of the judicial system by judges themselves.

Asking for judicial reform needs to be welcomed, but condemning the system as a threat to democracy and imputing mala fide intentions to the head of the judiciary in a press conference cannot be acceptable. Though the justices said later that impeachment is not a solution to the problem, they unwittingly invited the Opposition parties to initiate action against their senior colleague, the chief justice of India. Some sections of the media even say that the game was somehow to get the chief justice out, rather than reform the system of allocation of cases.

The impeachment motion submitted to the chairman of the Rajya Sabha by some Opposition party members led by the Congress is said to be a follow-up to the allegations raised in the judges’ press conference, though the wording and timing of the initiative speak a different story. It is indeed ill-conceived, unfortunate and regrettable in the present circumstances.

Nobody can question parliamentarians raising an impeachment motion in appropriate cases. It is their right and, I would say, a constitutional duty as well. But the measure is supposed to be used in extreme cases of serious misconduct of a criminal nature and never in a casual manner on frivolous grounds. Otherwise, the constitutional provision of impeachment itself can be a threat to the independence of the judiciary.

One can debate as to what is meant by “proved misbehaviour” in Article 124(4) of the Constitution and whether the five grounds advanced in the impeachment motion fit that definition. But if those grounds and the materials submitted in support of them do not convey a prima facie case to a reasonable person, certainly no one who understands the spirit of the constitutional provision can expect the motion to be put through the procedure prescribed.

In this regard, the function of the chairman of the Rajya Sabha or Speaker of the Lok Sabha who receives the petition is not just to count the signatures to ascertain the required number or to verify their genuineness, but to examine the gravity of the charges in terms of materials supplied and form an opinion of the prospects of establishing “proved misbehaviour” as per Article 124(4). If he does otherwise and sends it for inquiry, doing a post office job, he is doing violence to the constitutional provision and can be accused of subverting the independence of the judiciary by short-circuiting constitutional procedures.

In this regard, precedents will be of little use as facts can vary significantly and records may reveal how conclusions can also differ in apparently similar situations. In fact, in the present matter concerning the chief justice, there is no precedent available. If the chairman of the Rajya Sabha had passed on the matter to the Inquiry Committee mechanically, a wrong precedent would have been set, which, in turn, would have encouraged disgruntled politicians in future to gang up against judges whom they are uncomfortable with, rendering the system a handmaid of politicians.

The action of the chairman of the Rajya Sabha in rejecting the petition, according to me, is fully justified and strictly constitutional. In the process, he has saved the judiciary from further ridicule and put an end to an unsavoury debate in public. It is true that the allegations are to be proved before the Inquiry Committee and not before the chairman. Nevertheless, if the materials supplied do not even indicate to a reasonable mind that there is a provable case with credible and admissible evidence, it deserves to be dismissed at the threshold. After all, it is a serious step against the head of the Indian judiciary and will have long-term impact on the whole judicial system.

In this regard, one may ask how allotment of cases to particular benches (which function is repeatedly declared by the Supreme Court as within the exclusive jurisdiction of the chief justice) can ever become “misbehaviour” even if it is proved that its exercise is not ideal or transparent? If one were to argue that it was done with a view to get an outcome which the chief justice desired, it goes to prove dishonesty on the part of the Supreme Court judges who sat on those benches rather than misbehaviour on the part of the chief justice. This would have been disastrous for the Indian judiciary, which the vice-president wisely avoided. There is not enough material in the public domain to draw any conclusion on the allegation based on the Prasad Education Society matter. It is said to be under investigation and there is no charge yet against the chief justice. In the circumstances, to make it a ground for impeachment is  abusive of process and not within the definition of “proved misbehaviour”.

Whatever course this matter takes in future, the damage is done and it will take a long time and great effort on the part of judges, particularly of constitutional courts, to redeem public trust and confidence in the impartiality and independence of judges. Responsible politicians should refrain from fishing in troubled waters and let the judiciary work out the scheme for the future in the best way possible.

Meanwhile, the government and Parliament can do three things immediately to strengthen the judiciary. Firstly, bring back the National Judicial Commission Bill with judges having a majority in the forum and make the procedure of appointment absolutely transparent and objective. Secondly, make a law raising the age of retirement of judges of constitutional courts to 70 years with an option on the part of the National Judicial Appointments Commission to retire inefficient judges early based on objective criteria. Thirdly, adopt the Judicial Standards and Accountability Bill introduced in the Rajya Sabha in 2012 which seeks to acknowledge judicial accountability.

—The writer is a renowned legal educator and is considered the father of modern legal education in India. He is also the founder-director of the National Judicial Academy, Bhopal and was conferred the Padma Shri in 2003 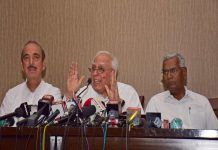