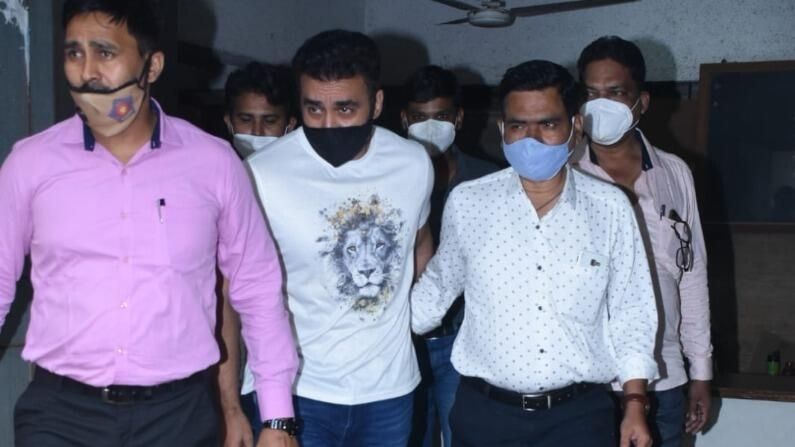 Once the movies were shot, the accused made them available on mobile apps, offering subscriptions on the lines of mainstream OTT platforms. They would then put up advertisements on social media platforms. Since pornography is illegal in India, this too was against the law.

In India, provisions of the Information Technology (IT) Act 2000, the Indian Penal Code (IPC) and the Protection of Children from Sexual Offences (POCSO) Act 2012 talk about pornography. Section 67A of the IT Act punishes the publishing or transmitting (or causing to publish or transmit) in electronic form any material which contains “sexually explicit act or conduct”. The expressions “sexually explicit act” or “sexually explicit conduct” have not been defined. Till now, these expressions have not been the subject of any comprehensive judicial interpretation, except for some brief discussion by the Bombay High Court in a bail matter. However, it can hardly be doubted that this Section does intend to cover within its scope pornographic content which is graphic in its depiction of any sexual activity.

As far as nudity is concerned, the Bombay High Court in Jaykumar Bhagwanrao approved the applicability of both Sections 67 and 67A in a case concerning the sending of an image of an erect penis via electronic communication to the complainant. The Court reasoned that “sexually explicit activity” under Section 67A would necessarily be lascivious or of prurient interest; and furthermore, that it may even be a unilateral activity, and need not be only a bilateral activity. Therefore, even material depicting nudity can form the basis for the offence under Sections 67 and 67A to be made out. However, there is no straight-jacket formula. A stand-alone picture or video which is dominant in its depiction of nudity would stand at a greater risk of meeting the requirements for the offences, as compared to the fleeting depiction of nudity in film where such a scene is not intended to titillate the view.

Before the advent of technology, Section 292 of the IPC exclusively dealt with sale, distribution, public exhibition or circulation of any obscene book, drawing, painting, etc. It says that any such material would be considered to be obscene “if it is lascivious or appeals to the prurient interest or if its effect…such as to tend to deprave and corrupt a person” who reads, sees or hears it. Section 293 of the IPC makes it illegal to sell, distribute, exhibit or circulate obscene objects to anyone under the age of 20 years, and Section 294 makes it a crime to do any obscene act or sing obscene songs in any public place. However, with pornographic material largely available in electronic form, the IT Act 2000 makes it illegal to publish or transmit obscene material or material containing sexually explicit acts in electronic form.

Section 67 of the IT Act makes it illegal to publish or transmit “obscene material” in electronic form. This material, it says, can be anything which is “lascivious or appeals to the prurient interest or if its effect is such as to tend to deprave and corrupt” people who watch it, read or hear it. Anybody who does this can be punished with a three-year jail term along with Rs 5 lakh as fine.

EXCEPTIONS TO THE ACTS PUNISHABLE UNDER SECTIONS 67, 67A & 67B OF IT ACT

The proviso to Section 67B carves out exceptions to acts punishable under the above three provisions. The proviso stipulates that the publication of such content in electronic form is justified if it is for the public good on the ground that it is in the interest of science, literature, art or learning or other objects of general concern; or if it is kept or used for bonafide heritage or religious purposes. For instance, images in electronic form of a naked body shown for a medical or educational purpose, or images of the sexually graphic sculptures at Khajuraho temples would fall under the scope of the exceptions.

The other question being raised is whether it is still an offence if the recipient of an obscene or sexually explicit material on private chat has no objection to receiving such material? Yes, it would still be an offence. Criminal culpability under these Sections is not precluded on the ground that the recipient does not object to such obscene or sexually explicit material. Notably, even the exceptions stipulated in the proviso to Section 67B are limited to what may be justified for the public good. This means that technically, even a sexually explicit private conversation between two consenting adults could be labelled criminal, if the messages are sent in an electronic form.

Finally, can the same act be punishable under both the IT Act as well as the IPC? The answer is No. This question has already been answered by the Supreme Court in Sharat Babu Digumarti vs Govt. (NCT of Delhi). The top court after considering Section 81 of the IT Act—which stipulates the Act to have overriding effect notwithstanding any inconsistency with any other law—ruled that an Act which is covered by the special provisions contained in the IT Act would get out of the net of the IPC. Thus, publishing or transmitting any material in the electronic form which is punishable under Sections 67, 67A or 67B would exclude application of Section 292, IPC.

Constitutionally, any restriction on the exercise of free speech is required to strictly conform to any of the eight grounds contained in Article 19(2) of the Constitution. In other words, a law can restrict freedom of speech and expression on these eight grounds, which includes “morality and decency”.

Hot Shots clearly opens another chapter on the long running issue of pornography and the law.