The Rajasthan assembly recently passed an amendment Bill to The Rajasthan Compulsory Registration of Marriages Act, 2009. It is alleged that the Bill has legitimised child marriage. Here is a reality check on what exactly has happened and what is the law on the subject. 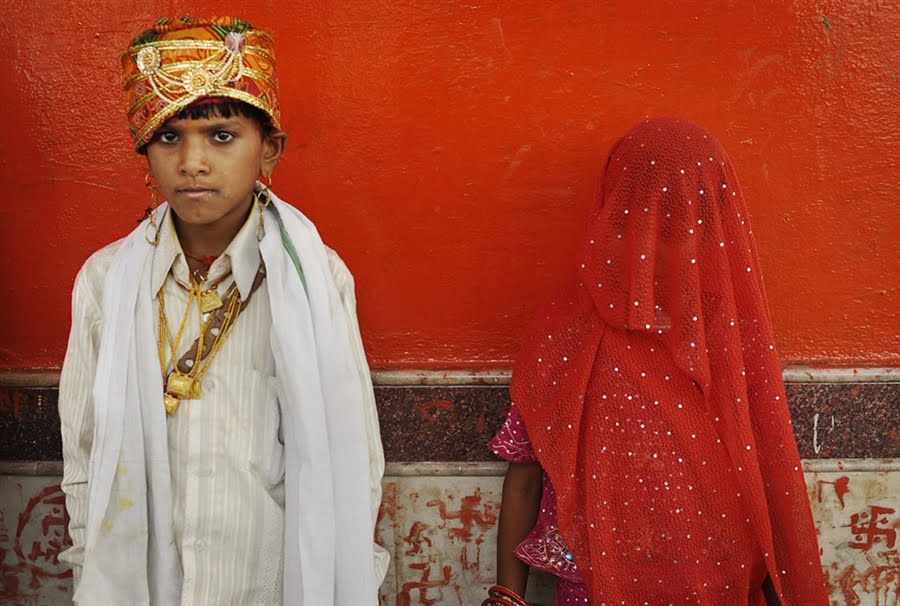 In the last few days, allegations, counter-allegations and explanations have swirled around the issue of whether the Rajasthan assembly has recently passed an amendment Bill to The Rajasthan Compulsory Registration of Marriages Act, 2009, which has legitimised child marriage. It is alleged by many that the new Bill will legitimise child marriage. The Bill passed recently has sought to primarily amend Sections 5 and 8 of the Act dealing with the appointment of Marriage Registration Officer, the age and the duty of the parties to a marriage to submit the memorandum for registration. It is further contended that the amendment Bill violates the law against child marriage and would pave the way for wedding of minor children, seen as a social evil.

Rajasthan had emerged as the state with the highest incidence of child marriage, both among boys (8.6 percent), and girls (8.3 percent) in the 2011 census. According to the National Commission for Protection of Child Rights’ report based on the data from the National Family Health Survey for Rajasthan, collected in 2015-16, 16.2 percent of the girls aged between 15 and 19 years were married off before the age of 18 in the state, with variations across districts, against the national average of 11.9 percent.

This is happening in Rajasthan, where child marriage is considered a regressive custom and where in 1927, the Sharda Act (Child Marriage Restraint Act) came into existence and was later replaced by the Prohibition of Child Marriage Act, 2006.

It is being explained by the state government that while the Act of 2009 states that the parents or guardians of the bridegroom and bride are responsible for submitting the memorandum for registration, if both the boy and the girl have not completed the age of 21 years, the latest amendment only reduces the age of the bride to 18 years for casting the duty on parents to report about the marriage to the Registration Officer within 30 days of the union. It is also being clarified that the provision for mandatory registration of all marriages, including child marriage, existed in the Act of 2009 and the latest amendment has only reduced the age of the brides from 21 years to 18 years and it is now their responsibility to report the marriage which was earlier the duty of their parents. The only difference being under the proposed amendment is that if a girl is 18 or above the age of 18, it would be her duty to submit the memorandum of her marriage, while as of now, it was the duty of her parents to do so.

The ruling dispensation also contends that the new Bill has been brought to protect the legal rights of children, stop multiple marriages and take care of matters related to maintenance and inheritance. Registration of child marriage is not meant to legitimise them. Every minor has the right to get his or her marriage annulled up­on becoming a major. The Registrar of Marriage can report about child marriage to the District Collector for appropriate action on getting the memorandum for registration. According to the state government, four child marriages were registered under the Compulsory Registration of Marriages Act in 2016, 10 in 2017 and 17 in 2018.

The amendment has not touched upon legislations like Child Marriage Restraint Act, Juvenile Justice Act and Protection of Children from Sexual Offences Act. Despite its registration, child marriage continues to be an offence. The amendment would streamline the process for getting marriage certificates required at several places and create documentary evidence to facilitate action against minor children’s nuptial ties and should intensify action against those solemnising child marriages.

The Supreme Court’s judgment of 2006 in Seema vs Ashwini Kumar [2006 (2) SCC 578] has made it compulsory to register all marriages of Indian citizens. The 2009 law also had similar provisions, the only difference being that the age of girls has now been reduced from 21 to 18 years. In essence, both the Act of 2009 and the proposed amendments to it make the registration of all marriages mandatory; the only difference being that under the proposed amendment if a girl is 18 or above the age of 18, it would be her duty to submit the memorandum of her marriage while earlier it was the duty of her parents to do so.

Regarding the issue of legitimacy of child marriage and compulsory registration of child marriage, the ruling dispensation and the opposition are busy accusing and defending. They are certainly missing the bigger point that greater awareness and education needs to be imparted so that child marriage should not happen at all. If the Supreme Court’s 2006 judgment is interpreted that all marriages need to be registered compulsorily then if any registration for a minor’s marriage comes to the district administration, it must be strictly handled as per the provisions of the law and as per the special Acts, which prohibit child marriage.

The menace of child marriage can be handled at the application stage of registration itself, where the authorities should handle it as per existing laws. If it is not permissible to issue a driving licence before the age of 18 or 16, marriage before the age of 18 for girls and 21 for boys is not permissible as well as per the law. If driving licence cannot be made before a certain age, marriage cannot be termed valid if not in sync with the prevailing laws.

The government can make an expla­natory addition to the Bill which has been passed. Clarificatory orders can be sought from the Supreme Court highlighting that the menace of child marriage can be handled at the stage of application of registration of such marriages. The provision of compulsory registration of all marriages can remain only to the extent that if it comes in the knowledge of the establishment, then from there on, it should be handled as per the special Acts which prohibits child marriage.

—The writer is Advocate, Supreme Court. The views expressed are personal.

Did you find apk for android? You can find new Free Android Games and apps.
Share
Facebook
Twitter
Pinterest
WhatsApp
Previous articleDelhi government informs Delhi High Court: Done away with cap on non-PDS beneficiaries for dry ration
Next articleTwitter in compliance with IT Rules, 2021: Centre to Delhi High Court