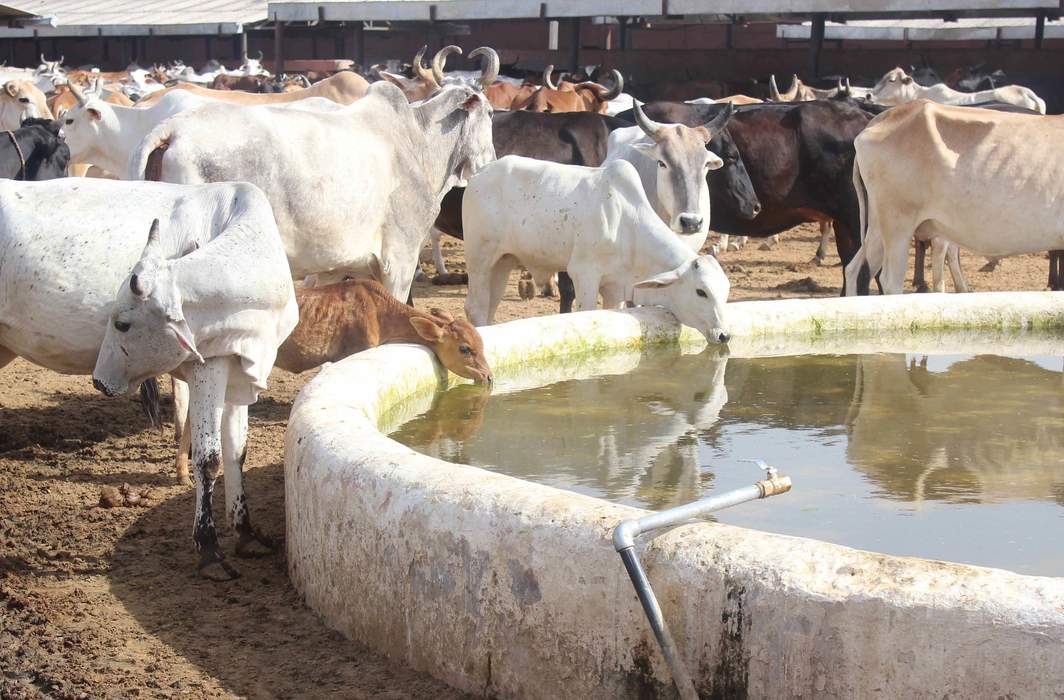 Rajasthan is famous for its desert and tiger safaris, but an attempt to start a cow safari that included overnight stay at gaushalas has predictably come a cropper

In the aftermath of the death of hundreds of cows at the Hingonia Gaushala, a state-owned cow shelter on the outskirts of Jaipur in 2016, the then state government headed by the BJP’s Vasundhara Raje Scindia, as a face saver, came up with the idea of “cow safaris”.  With the BJP-ruled Jaipur Municipal Corporation (JMC) failing miserably to manage the affairs of the Hingonia Gaushala, widely acknowledged as one of the best cow shelters in the country, its maintenance was handed over to an NGO, Akshaya Patra Foundation, in 2017. It was in June 2018 that Radha Priya Das, in charge of the Hingonia Gaushala, announced the launching of a unique cow safari. The plan envisaged a temporary stay for tourists at the gaushala, watching the over 15,000 bovines there grazing, feeding them, massaging them, and even milking them. For those keen on overnight stays, there were plans for a bull safari, and even tree houses. The state tourism department was roped in as partner for the project which was to be launched on Janmashtami. Said Das: “The cow safari will be free for daily visitors, but those wanting to stay overnight will be charged.”

The plans never took off. When reminded that the safari was to be launched on Janmashtami, Das told India Legal: “The heavy rains kept us busy with maintenance work,” adding that in the coming months “something may be done in this direction”. But Anil Sharma, a senior analyst, told India Legal that the delay was expected, as it was a political gimmick. “Hundreds of cows had died in inhumane conditions at the Hingonia Gaushala. This had put great pressure on the then BJP government, which had projected itself as a saviour of cows in its poll manifesto and even created a portfolio for cow welfare. It was a move aimed at diverting the attention of the people from the cow deaths. Cow is not an exotic or endangered species. Who is going to visit the Hingonia Gaushala just to see a cow?” he asked.

Ever since the centre banned the sale of cows for slaughter at animal markets across the country, thousands of livestock owners have been forced to let loose animals which are of no use to them. This in turn has created a problem of stray cattle, which has become a major contributor to road accidents.

In March 2019, the Rajasthan High Court, while hearing a group of petitions seeking a permanent resolution to the stray cattle menace, directed the state government to frame a policy and submit it before the court by April 25, 2019. Vimal Chaudhary, amicus curiae in one of the cases, told India Legal: “The law on this issue is very clear and states that anyone owning four animals at one place is considered a dairy owner and the dairy cannot operate within the city limits. Despite a clear order of the High Court against illegal dairies in the city, hundreds of dairies are flourishing, causing huge inconvenience to residents. Private dairy owners milk their cows in the morning and release them to roam in the city. This interrupts traffic movement, and in many cases has resulted in fatal accidents. It is the duty of the municipal corporations to catch these animals and shift them to grazing lands allotted for them.”

In November 2019, the state government informed the Rajasthan High Court that it will make Jaipur free of stray cattle and move out illegal dairies from the city within two months. Though the deadline is far from over, Chaudhary claims that political patronage will not allow these rules to be implemented. “Even the earlier order of the High Court in a suo motu petition to remove the stray cattle and illegal dairies has not been implemented by the JMC,” he said.

It has become vote-bank politics of sorts. MLAs, cutting across party lines, do not allow the JMC staff to take action against illegal dairies. Chaudhary mentioned Kalicharan Saraf, BJP MLA from Malviya Nagar in Jaipur, who obstructed the JMC staff which had seized 16 animals of an illegal dairy operator in his area, and had sat on a dharna, demanding the release of the animals. “The JMC had to file an FIR against Saraf and other BJP leaders after which the protest was called off,” he said, adding that a Congress MLA, who is now a minister in the Ashok Gehlot cabinet, has also stopped the JMC staff from raiding and seizing animals from illegal dairies in his constituency.

Unless the state government takes firm action in this regard, nothing will happen. He said three places were allotted for moving out illegal dairies and slaughterhouses from the city. “But in some cases, people did not move out while in others, dairy owners sold the land and moved back to the city,” Chaudhary said.

The problem of stray cattle is more serious in the walled city which is now on the UNESCO World Heritage Sites list. On November 18, 2017, a 29-year-old Argentine tourist, Juan Pablo Lampe, was gored to death by a stray bull. Attacks or accidents caused by stray cattle have increased to such an extent that recently the Congress MLA from Kota city, Bharat Singh, wrote to the chief minister seeking compensation of Rs 5 lakh to the next of kin of those killed in road accidents caused by stray cattle. He pointed out that five people had died in Kota this year due to such accidents. He said the government has earned Rs 14,000 crore from the cow cess this year and nothing has been done to check the menace of stray cattle.

Far from being seen as a docile domestic animal, the cow has now become the most sought-after “political animal”, but mostly when elections are on the horizon.

In the 2013 poll manifesto, the BJP had promised a separate ministry for cow protection and after coming to power had appointed a minister for cow welfare.

The Congress, in its poll manifesto last year, said it would increase the subsidy allotted for gaushalas and delivered on the promise soon after taking over. These measures are at best symbolic and, like the gau safari, destined for the backburner once the heat and dust of elections are over.