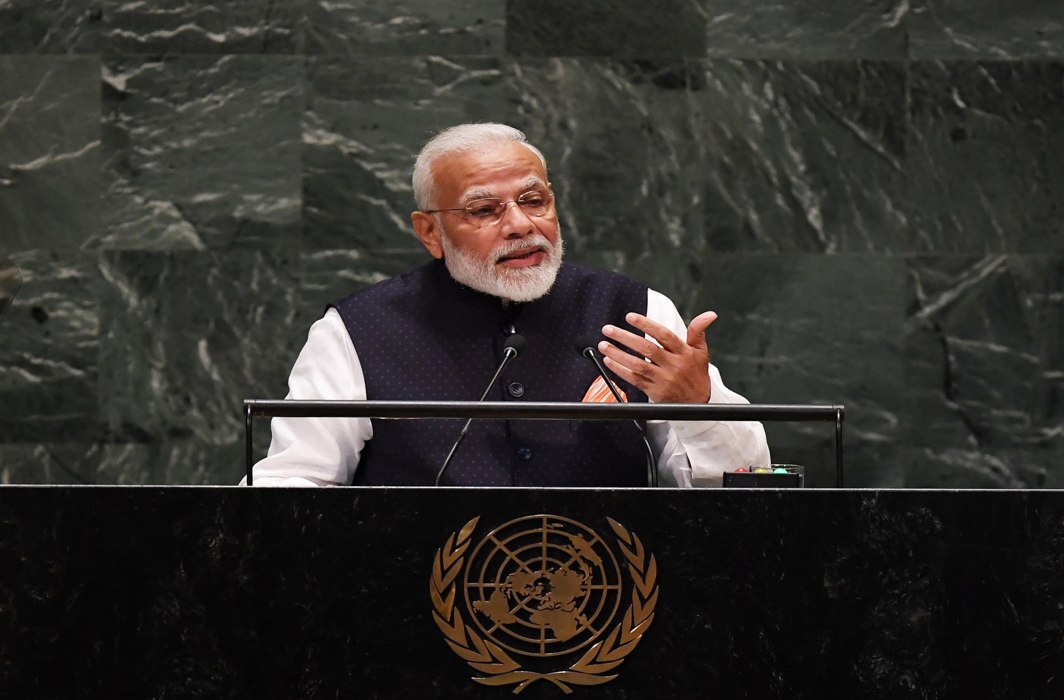 Fellas, work it out. You look at the two gentlemen heading those two countries, two good friends of mine. I said, fellows work it out, just work it out.” Thus spoke US President Donald Trump in a desperate plea to Narendra Modi and Imran Khan, heads of their respective countries, to resolve their differences. It’s not so easy as the tango at the annual UN General Assembly meet amply testifies. Here’s how it goes.

Indian Foreign Minister to aide: I have to attend that important meeting which also includes the Pakistan foreign minister. How do I avoid him?

Aide: Sir, just do the UN Tango, we have been doing it for over 70 years now, so it’s pretty much perfected.

Foreign Minister: Sorry, in my earlier avatar, I could just barely manage the bureaucratic shuffle. What is the UN Tango?

Aide: Well, you take a step forward, and the moment any of our spotters spots the Pakistan foreign minister, you take two steps back. The idea is to avoid being in the same room at the same time.

FM: Suppose I miss the chance to launch my anti-Pakistan attack?

Aide: The Pakis have also perfected the tango. The plan is to arrive early and grab a seat, like in the Delhi Metro. So you get your speech in before your Pakistani counterpart, who will wait for you to finish, and leave the room before he enters. Alternatively, the other side could employ the same plan, so we have spotters, dressed as TV cameramen, who will tell us when the coast is clear.

Prime Minister Modi: I am still basking in the glow of the “Howdy Modi” Houston event. They called me a rockstar, and Donald, my good friend, referred to me as Elvis.

Who is this Elvis? Was he a famous politician?

Indian ambassador to the US: No sir, he was a famous rockstar, he was called the King…

Modi: That was what Donald, my good friend, was meaning. He was comparing to me to a king, except he said Father of India, which sounds more Gandhian. Anyway, what was Elvis’ most famous song? Maybe, I can mention it in my UN speech, in-between the anti-Pakistan bits. You remember my famous line at Central Park, “May the Force be With You.” It went down pretty well.

Ambassador: Sir, his most famous song was Jailhouse Rock.

Modi: Not very appropriate, considering the number of opposition leaders who are currently lodged in our jails. Plus, Imran Khan met Donald, my good friend, before he met me for a bilateral. He went on about Kashmir and the crackdown…

Ambassador: Sir, may I suggest the UN Tango?

Modi: What is that? I can do the bhangra while campaigning in Punjab, but this is a new one.

Ambassador: Pakistan’s journalists have thrown questions at Trump about Kashmir and human rights, so we do a two-step and brief the Indian media contingent on the counter-questions they can ask after your meeting with him.

Modi: The Indian media is in my pocket along with my fancy pocket squares. What have you told them to ask?

Ambassador: The usual, Balochistan, cross-border firing, Kulbhushan Jadhav, their economy, the ISI, terrorism, of course, Hafiz Saeed, Bin Laden, Taliban, it’s a long list but our media is as aggressive as well…

Modi: I know, my good friend Donald Trump said I made a very aggressive statement in Houston, but before I meet him, what can I expect? He’s made some very flattering remarks about Imran Khan, even called him a good friend. I thought I was the only one.

Ambassador: Yes, he’s well-known for buttering up both sides in an international dispute, you and he even featured in an Amul ad.

Modi: Yes, I was reading the briefing papers and the BBC ran an article, asking who was Trump’s favourite in South Asia, Imran or me? It’s quite confusing, is it not?

Ambassador, Aides, Foreign Minister (in chorus): Not to worry sir, you are miles ahead in the popularity stakes. Trump is known for flattering whichever leader he is sitting with. It’s not necessarily part of the American foreign policy, it’s just an old trick that he uses all the time.

Ambassador: The US Tango.