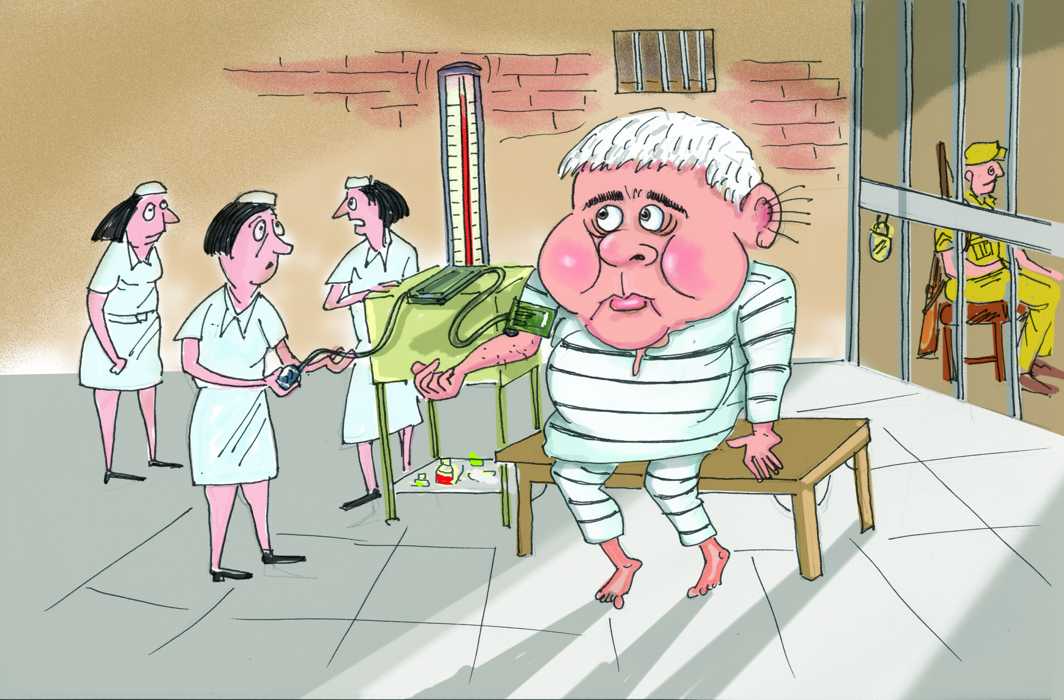 Like politics and the global economy, cricket is also experiencing the Great Churn as the ball tampering issue scrapes the gloss off the sport. Ball tampering is only one side of the story. Today, everything we say and do and participate in is a state of flux, or a flux up state, including being up for sale to the highest bidder. All this has created a new terminology as the latest edition of the Cambridge Dictionary, renamed Cambridge Analytica, reveals. Here are the latest terms to get endeared to.

Ball Tampering: An exercise in which old terms are rubbed out and replaced by new words that reflect the mood of the moment in a more appropriate fashion (statutory warning: will be understood by cricket lovers only). As example, ball tampering would now describe a community which is morally Bancroft. It also refers to something that is in Starc contrast to the spirit of the game. Could they not see it Cumming? The desperation to make it a one-sided affair has only caused universal Paine. Do they have no Shane? What motivated them to cross the Border? These questions will now be subjected to the DRS system which now stands for Dirty Rotten Scoundrels.

Bail Tampering: Similar to the above in terms of activity that circumvents the law. It refers to the traditional practice among the rich and powerful who are convicted of crime to escape landing up in jail by suddenly developing life threatening ailments which allows them to serve time in a five-star hospital instead. The latest example is Lalu Prasad Yadav who has exercised his right to bail tampering by visiting a series of hospitals to undergo tests for a serious medical condition. The purported ailment has not been revealed but bail tampering has been known to be caused by a morbid fear of facing a cell count.

Facebooked: Facebook refers to the social media colossus which allowed groups to share information and personal preferences. Facebooked refers to the same creature gone rogue, and thanks to algorithms, sharing your profile and ‘revealed preferences’ with other concerned parties, as in BJP, JDU, Congress and Donald Trump, with a view to profile voters. Revealed preferences refer to the information you thought was private but had been actually made public, as in a public auction. For cricket lovers, the correct analogy would be to do with match fixing. In the context of an increasingly voyeuristic society, no one should be surprised but just in case there are some people who are still confused by the events, just think of Facebook as Punjab National Bank and Cambridge Analytica as Nirav Modi.

Examination: Used to be a time when examination was the culmination of learning, the ultimate test to see how grey your matter was. Now, it doesn’t seem to matter since education in India has become a grey area, missing two vital elements—education and a system. The CBSE also seems to have some confusion with its title—Central Board of Secondary Education, interpreting it as education is secondary; which explains the growth of a new breed of criminal—the Examination Mafia. The formula is simple; someone gets paid, papers get leaked and parents and children get jacked; and the beauty of the scam is that they have to do it all over again.

Lingua Franker: Also called the North South Divide, or foot in mouth disease, symptoms of which were displayed by BJP President Amit Shah while campaigning in Karnataka. Unable to speak the local Kannadiga dialect, Shah left his party red-faced when part of his speech, translated from Hindi to Kannadiga, came out as: “A former Supreme Court judge recently said that Yeddyurappa government should get the number one award for corruption.” Yeddyurappa was not amused: he happens to be the BJP’s chief ministerial candidate for the upcoming elections. Nor was Narendra Modi amused when another bit of Shah’s speech was translated as this: “Modi does not care for the poor.” Lingua Franker, as someone called it.