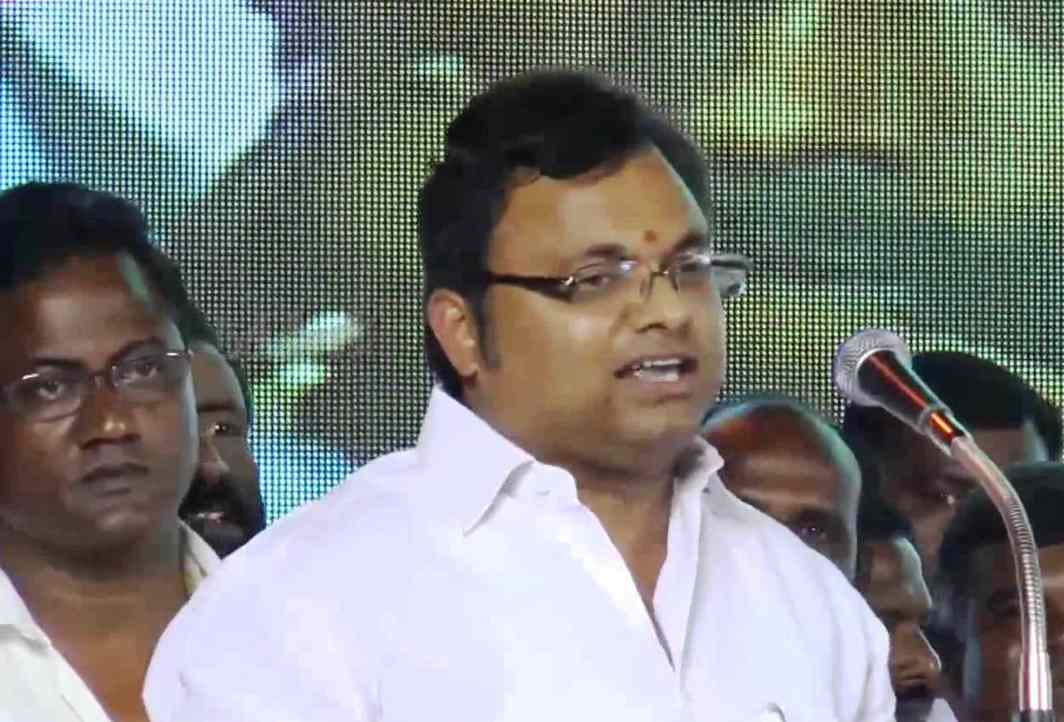 Karti Chidambaram, the son of former Union minister P Chidambaram, will have to cooperate with the CBI by appearing in person, either in Delhi or Chennai, for questioning in a corruption case, the Supreme Court ruled on Monday (August 14).

The Court was hearing the case in which the Centre had objected to the Madras High Court verdict staying a lookout notice against him and four others. The lookout notice was issued to Karti by FRRO at the behest of the CBI.

The apex court will hear the matter again on August 18, 2017. Chief Justice JS Khehar did not consider Karti’s assurance that he will not go abroad before the next date of hearing. The Court was cautious not to get swayed by his submission on the ground that in the past many people had been given the concession by the Court to go abroad while the trial was on or a probe was being conducted but they did not come back.

On the contrary, the Court pulled him up for evading appearance before the CBI.

Karti has been accused in a FIR, filed by the CBI in May, of taking money from INX media, managed by Peter Mukerjea and his wife Indrani Mukerjea, in return for clearance given to the company for foreign direct investments (FDI). It is alleged that the clearance was given after flouting FDI rules and Karti had used the good offices of his father who was the finance minister of India at that time. P Chidambaram, has, however, denied all such allegations.