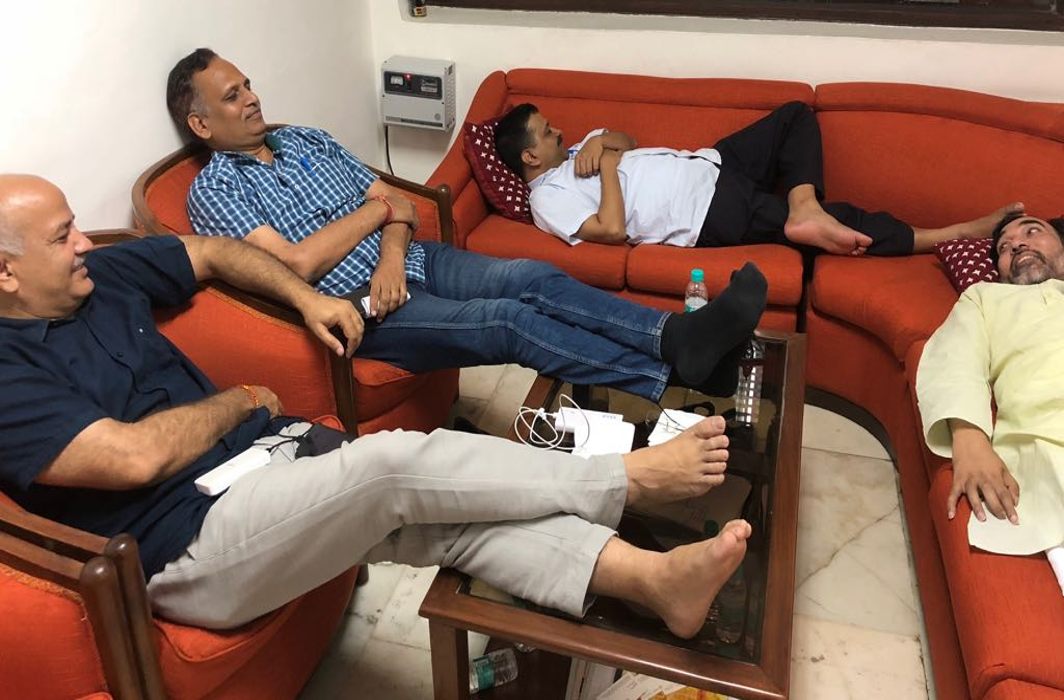 Even as the AAP’s strike inside the L-G’s official residence over its IAS officers continues, the people of Delhi are being neglected and administration has come to a halt

Drama has always been an important part of Arvind Kejriwal’s life, both as a civil servant, and lately, as a politician. The last time he played out a drama was more than three years ago and it had the desired effect. As chief minister of the minority AAP government supported by the Congress, he sat on a dharna outside the Parliament House demanding control over the Delhi police, which remained with the centre. The Modi government refused to budge, Kejriwal resigned as chief minister and fought fresh elections. The rest, as they say, is history.

After three years, Kejriwal is once again on dharna mode. For the past five days, the chief minister and three of his ministers—Deputy Chief Minister Manish Sisodia, Satyendar Jain and Gopal Rai—have parked themselves at Raj Nivas, the official residence of Delhi’s Lieutenant-Governor (L-G) Anil Baijal, with whom the chief minister has had several run-ins in recent times. Their demand? The L-G should intervene and get the capital’s IAS officers, who have been on strike for the last few months, back to work and ask them to take part in meetings convened by AAP ministers.

Delhi’s IAS officers and the AAP government have clashed repeatedly since February after an alleged assault on chief secretary Anshu Prakash by AAP leaders in front of several ministers. The chief minister and his cabinet colleagues allege that the IAS officers deliberately ignore Delhi’s elected representatives on the instructions of the L-G, whom they accuse of being a BJP stooge. Kejriwal claims he and his colleagues will not leave Baijal’s office until their demands are met.

With Baijal not responding to their sit-in, Kejriwal wrote to Prime Minister Narendra Modi, seeking his intervention to end the IAS officers’ “strike” and claiming that the L-G was doing “nothing” to break the impasse. Kejriwal cited instances when government work was stuck as the officers had not been attending meetings with ministers for the past three months. He said cleaning of drains before the monsoon, setting up of mohalla clinics and measures to curb Delhi’s air pollution are stuck because of the alleged strike by the IAS officers. This, even as toxic pollutants in the air have reached dangerous levels over the past three days.

Sources close to the chief minister said that had the IAS officers been under the Delhi government’s control, the CM would have taken steps to end the strike within hours. “Due to the strike, several works are being affected. As the L-G is doing nothing to end IAS officers’ strike, Delhi government and the people of Delhi request you (PM) with folded hands to get the strike called off immediately so that works of Delhi can resume,” Kejriwal told Modi.

Some people feel that if Kejriwal and his ministers honestly believed that the IAS officers were playing truant, they could have approached the courts to direct them to fall in line instead of resorting to absurd theatre at the residence of the L-G. That they did not choose to do so perhaps has a lot to with Kejriwal’s love for drama and the gains that will accrue.

Since the high of 2015, AAP has been on a downward slide. Its record in the assembly elections that it contested after those euphoric days has been pathetic, barring perhaps Punjab. Elections are due in four crucial states this year and the party has already declared that its candidates will be contesting most of the seats. What’s perhaps bothering the party leadership is that many of the opposition parties that are linking hands to take on Modi in the forthcoming assembly elections and next year’s general elections do not seem too keen on having AAP on board.

Delhi’s Congress chief Ajay Maken has stated that AAP is being rejected by the people of the city and the Congress would not supply it with political oxygen. Though JD(S) had invited Kejriwal to attend the swearing-in of the new Karnataka chief minister, HD Kumaraswamy, its alliance partner, the Congress, refused to extend a similar invitation to the party.

To cover up these snubs, AAP leaders give out regular leaks to friendly journalists about the Congress reaching out to its leaders. When the AAP hosted its iftar party in Delhi last week, and not a single Congress leader bothered to turn up, Rahul Gandhi, in turn, made sure no one from the AAP was invited to the iftar he hosted at Taj Palace Hotel.

With the countdown beginning for next year’s Lok Sabha elections, AAP realises that it has to remain relevant. For Kejriwal and his flock, there is no better means to achieve that than playing out another drama. 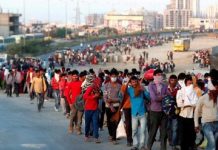 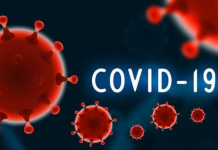