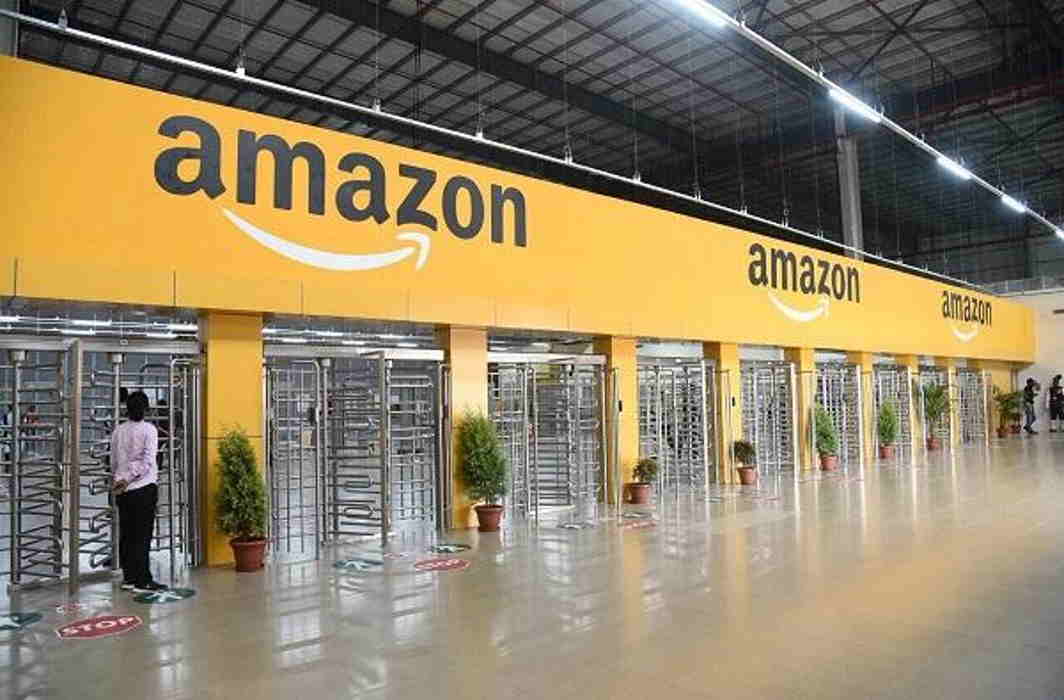 New government proposals to regulate this industry seem mindless, designed to kill the goose that lays the golden egg and will allow entrenched interests such as traders to benefit

“The government’s view of industry is: if it moves, tax it, if it keeps moving, regulate it, and if it stops moving, subsidise it.”

Around the end of the 17th century, France was a bustling economy. There were hundreds of private companies involved in trade and commerce. These entrepreneurs were creating wealth and providing employment for the citizens. The government, concerned at being a silent bystander, had the finance minister, Jean-Baptise Col-bert, ask a group of businessmen what the government could do to help. The businessmen promptly replied: “Laissez-nous faire”, meaning, “Let us be—leave us alone.”

That was the start of what eventually came to be known as laissez-faire economics—the belief that the government should not intervene or impose unnecessary regulations in a free market with open competition. Instead, it should allow the market forces that govern the free exchange of goods to regulate businesses.

“Leave us alone,” is what e-commerce companies in India should be telling the Indian government in response to a new set of regulations being proposed to “control” the e-commerce industry.

There are four major components to the proposed regulations: first, that all personal data collected by e-commerce companies be stored in India; second, that 100 percent Made-in-India products be sold only on online platforms controlled by Indians; third, prohibition of bulk purchases which allow e-commerce companies to create pricing efficiencies and offer deep discounts to customers; and fourth, the setting up of a government body to address customer complaints.

E-commerce companies generate data on online shoppers which is then used for marketing and advertising. There is nothing illegal about companies using people’s shopping preferences for the purpose of marketing—that’s what advertising is all about. This targeted approach, in fact, leads to efficiencies which reduce costs, the benefits of which are passed on to consumers in the form of lower prices.

The government has proposed that data collected by e-commerce companies operating in India should be hosted in India. The reason they give for this regulation is to ensure safety of the data. But Indian data centres are among the worst in the world in terms of safety. In a global ranking on data protection, Indian centres were ranked at 36th out of 37 countries. This suggests that control over data and not its safety is the prime motivation behind this regulation.

Personal freedom is the first thing to get compromised as governments attempt to control personal data under the garb of national security. And as personal freedom goes, so does economic freedom.

The proposal to limit the online sale of 100 percent Made-in-India products to sites that are majority owned by Indians also defies logic. Here is a country that desperately needs to grow its exports. Average annual exports under this government are 20 percent lower than under the previous administration. How can Indian products be promoted to a global marketplace if their sale is restricted to sites that are controlled by Indian residents? It is hard to conceive what is achieved by this regulation. Why can’t the government “leave it alone”?

The most absurd of all the proposed regulations, however, is the one that restricts e-commerce companies from buying in bulk, a practice that allows them to pass on the savings to their customers. The absolute lunacy of this proposed regulation becomes apparent when examining the tremendous success of the e-commerce industry in India. It is the fastest growing industry in the country, growing at a rate of more than 30 percent a year, four times faster than the rest of the economy. Almost 60 percent of new business start-ups in India are in the e-commerce space. Currently, about 100 million people shop online, a number expected to grow to 330 million by 2020. The industry employs 1.2 million people directly, and another five million indirectly in the micro, small and medium enterprises (MSMEs) that benefit from the financing, technology and training provided by the e-commerce industry.

It is hard to understand who the government is trying to protect with these regulations. Clearly, not the five million that are employed in the industry or the 100 million citizens that buy products on the internet. In a free market, the exchange between buyers and sellers is a voluntary act free from any coercion. Sellers are free to charge any price for their product and buyers are free to decide if they want to buy at that price. The best thing about open  markets is that a voluntary exchange between buyers and sellers happens only if both sides benefit from the transaction. The millions who shop online must benefit, otherwise they would not engage in those transactions. India’s e-commerce market is a free market and sellers are free to charge whatever they want for their product. It is not for the government to decide whether the price is “fair” or not. That decision is best made by the collective wisdom of millions of buyers and sellers in the market and not some bureaucrat from Delhi.

Luckily for the world, the growth of the internet, probably the most complex of all networks, is entirely the product of self-regulation. It evolves, spontaneously, every second, without any government to guide its development. It is self-regulation by the industry that allows the development of apps by making the source code available to everyone to share and modify. The benefits we all enjoy from the internet and useful apps like Google Maps come from laissez-faire and not government regulations.

That is not to say that regulations are entirely unnecessary. The primary purpose of regulation is to protect society when market systems fail, but not to be substitutes for them. There are three instances in which regulation of businesses by the government is desirable: One, when consumer safety is concerned; second, when monopolies and cartels impede free competition in the market, and thirdly, to protect unrelated parties from the adverse consequences of market exchange.

With e-commerce in India, none of these three conditions is violated. Large companies like Amazon and Flipkart will not jeopardise their reputation by knowingly selling unsafe products on their platform. That is not to say that the system is fail-proof, but neither is one regulated by the state. At least with a self-regulated system, one is assured of quick correction as happened in the case of Facebook when it was discovered that its data had been stolen and wrongly used by another company, Cambridge Analytica. The principal owner of Facebook lost $5 billion of personal wealth overnight and Cambridge Analytica had to shut operations permanently. Market correction is swift and meaningful. That is not possible in a regulated system controlled by a slow-moving bureaucracy.

It is also not the case that monopolies control the e-commerce marketplace. The very fact that there is substantial discounting suggests stiff competition in the industry. There are more than 20 large e-commerce companies selling general merchandise and travel, hundreds more that sell specialised merchandise and services, and scores of new start-ups every year. The competition to attract customers is intense, and only companies that provide the right products at the best price will survive. The good companies survive, the bad ones disappear. It is this process of creation and destruction in an open economy that allows for the efficient allocation of scarce resources like capital.

The question that begs an answer is why the government is so concerned about price discounting in the e-commerce industry. It is, after all, routine for companies to mark down the price of their merchandise—to clear inventory, as loss-leaders, for promotional purposes or in response to local conditions.

Proponents of e-commerce regulation make the argument that large companies like Amazon with deep pockets deliberately subsidise merchandise to drive out the competition. If they do, why should Indian customers object? No one is being harmed by Amazon’s gift—if anything, millions of people are being enriched because they can now afford products that they otherwise couldn’t. And if another company comes along with a better model than Amazon, there are billions of dollars in private investment funds waiting to invest in new ideas. The free market should decide winners and losers in the economy and not the government.

Regulating the e-commerce industry will eventually harm Indian citizens by allowing the government to interfere in the price-setting process. The fair price for a product must come from the interaction of buyers and sellers and not from a central planning committee. The absence of fair pricing results in economic chaos, which allows those with the means to control and manipulate prices to enrich themselves at the expense of others. The “Licence Raj” in India which leads to extractive state-licensed monopolies is an excellent example of how government regulations were used by a few to enrich themselves at the expense of society. The proposed e-commerce regulations will do the same.

The proposed e-commerce regulations appear to be designed to allow en-trenched interests to use the regulatory process to protect them from the forces of market competition. The group most likely to benefit in the short run would be the traders, who form the political base of the BJP. Their businesses have been disrupted by the efficiency, cost reductions, and price discounts that e-commerce companies have been able to offer. Instead of moving with the times, and getting their own business in order, these traders are using their political influence to regulate e-commerce.

A similar case of an interest group threatened by competition was the Delhi Taxi Union which used its political influence over the Kejriwal government to introduce regulations to curb the activities of Uber and Ola. As with most regulations, these were presented under the garb of customer protection.

In today’s day and age, with multiple options available to consumers, these business dinosaurs cannot compete with disruptive and tech-savvy start-ups. The government can erect regulations, but, eventually, free market forces will push inefficient companies out of businesses. Market forces and technology are, therefore, the best regulators of the internet and the digital economy. Any attempts by the government to impose regulations will destroy the industry and hurt millions of consumers that benefit from it.

The e-commerce industry is fast becoming the goose that lays the golden egg for the Indian economy. Its success has been possible primarily because it has grown without government interference. And now, the Indian government wants to regulate it. Perhaps it is time to tell the government—“laissez-faire—leave us alone”.