Not a Bankable Idea

The centre’s plan to privatise the banks and merge them is shaky. Unprofessional mergers are a hindrance to the functioning of healthy banks and do not help overcome the issue of bad loans 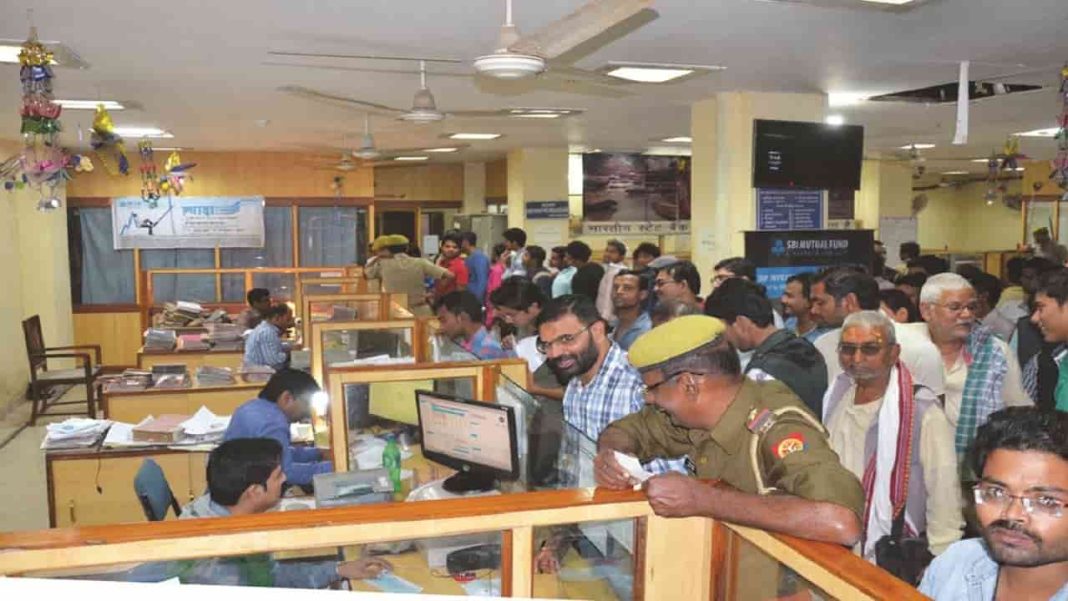 As per sources, the government’s plan is to privatise banks and merge them to make them financially secure. This could be a move towards more consolidation in the banking sector. Sources stated that the report is being sought to determine whether the planned merits of consolidations have been attained and what lessons can be learnt from such exercises. Assessing the consolidation is crucial for judicious policy-making.

The move will probably encompass particulars of their performance in many areas such as bad loans, credit flow, profitability, cost reduction and employment of resources since the merger. The move may lead to more consolidation of banks. They are likely to submit their reports to the Indian Banks’ Association, which, in turn, will present the complete report to the department of financial services.

Upholding the government’s strategy, Sunil Mehta, the chief executive of Indian Banks’ Association, reportedly, said that the government had requested data on the internal appraisal by banks regarding the amalgamation of employees, customers and operational efficiency. He also mentioned that the procedure of amalgamation of banks is over and now is the time to reap the benefits from this. Also, the advantages can be huge in terms of streamlining the number of branches and using information and technology for digital banking. All this will eventually lead to a decrease in the cost of functioning and add to profitability and customer convenience, he said.

In 2019, the government, as part of its policy to make banks larger and fiscally stronger, had declared a merger of ten public sector banks to four. This decreased the number of public sector banks from 27 to 12. According to the plan, Syndicate Bank was merged with Canara Bank; Allahabad Bank with Indian Bank; Union Bank of India with Corporation Bank and Andhra Bank and Punjab National Bank with Oriental Bank of Commerce and United Bank of India. These mergers became functional from April 2020 after the merger of Dena Bank and Vijaya Bank with Bank of Baroda and of associate banks with the State Bank of India. After the mergers until now, the State Bank of India has the maximum market share at 22%, followed by Punjab National Bank, at 8%.

The consolidation approach of the government is meant to allow larger banks to contest not just with Indian private banks, but also foreign ones. As part of its privatisation policy, the government is aiming to privatise two banks—Central Bank of India (Mumbai-headquartered) and Bank of India—that have not been merged with any bank as yet. However, the exercise may turn out to be useless unless a complication of mergers and privatisation of public sector banks is taken into account.

According to a McKinsey study, only 30% of mergers attain the presumed synergies. Research of many consulting agencies has shown that the success rate is below 20% in many amalgamating ventures. History has shown us that most bank mergers have not led to greater profitability. Most are sad stories and reveal that the net profit to total income, interest income, total assets and net worth weakened after the mergers with few exceptions. Although the government wants to take the merger route to consolidate the banking industry, this does not help overcome bad loans. The bad loans of State Bank of India have only ballooned after it acquired five associate banks.

Former governors of Reserve Bank of India—YV Reddy, D Subbarao  and Raghuram Rajan—have often warned the government against using consolidation as a remedy for troubles in the banking system. Rajan preferred merging weak banks only when their health improved. Moreover, banking is all about financial intermediation and people, both in front and behind the counters. The culture of various organisations is linked with the culture of the regions. Human resource and cultural issues have obstructed the success of mergers across periods and nations.

Therefore, big banks should think many times before venturing into ungainly corporations. Fundamental banking and customer amenities cannot be compromised. The government would do well to commence development banks to finance infrastructure ventures and, thereby, release public sector banks from this task. PSBs are not the proper channel for the job as their job is to fund long-term plans with short-term resources.

While history is no assurance of future victory, past letdowns can be a lesson for long-term accomplishment. The government would do well to focus on refining governance in PSBs, pledge not to meddle in loan approvals and move a resolution in Parliament that no party would indulge in loan write-offs either for farm or other sectors unless the areas are disturbed by serious natural disasters.

Furthermore, higher capital allocation with or without Basel-III cannot stop bank fiascos activated by systems, people and processes. Both demonetisation and GST hit not just MSMEs, but resulted in prolonging the processing duration of banking operations. Even politically speaking, toying with the financial sector with mergers looks defective, foolish and ill-timed.

Unprofessional and incompetent mergers disturb the sound sleep of members of the board of healthy banks. Plentiful questions like process integration, branch rationalisation, human resource management and investors’ protection will crop up after the merger. These are important challenges and place a powerful bank’s business scheme under threat. Overall, an amalgamation with a shakier bank will hamper the recovery plan of healthy banks and is a hindrance to their functioning.

Many years have gone by and the thought process around the advantages of nationalised banks has gratefully changed. The clock may now be turned back with the government aiming to table the PSB Privatisation Bill in the upcoming Monsoon Session, which aims to give impetus to privatising nationalised banks.

The Privatisation Bill aims to prepare a platform for the government to lessen its stake in PSBs to less than 51% and give up control to the incoming investor. With over Rs 3.1 lakh crore of taxpayers’ money in PSBs from FY17 to FY21 in the form of fresh capital to strengthen balance sheets, the government’s urgency to privatise is understandable.

However, in a proposal to gratify markets, several questions remain unanswered—are the scale, size and complications of PSBs being overlooked? Have the main aspects of the privatisation process been duly considered? Is the Indian private sector deep-pocketed enough to buy PSBs? Do they have what it takes to run a bank with a balance sheet upwards of Rs 1 trillion?

Though bank privatisation may be a praiseworthy objective, selling PSBs is a complicated issue. PSBs draw much of their strength, specifically deposits, from government support. For the sake of firmness in the banking sector and the economy at large, it is essential to guarantee that public faith in banking remains unharmed. Therefore, privatisation cannot be considered simply as a procedure of swapping the promoters of PSBs. The government must be watchful of the operational complexities. Otherwise, the process may end up being a bitter experience.

Did you find apk for android? You can find new Free Android Games and apps.
Share
Facebook
Twitter
Pinterest
WhatsApp
Previous articleJustice Delayed, Justice Denied
Next articleIndia Legal Editor Inderjit Badhwar on frivolous PILs and how they end up damaging the cause