India has been struggling under the problem of huge arrears of pending cases for the past 70 years. A major shift needs to be made from adjourning authority to adjudicating authority and people should be made aware of Alternative Dispute Resolution systems 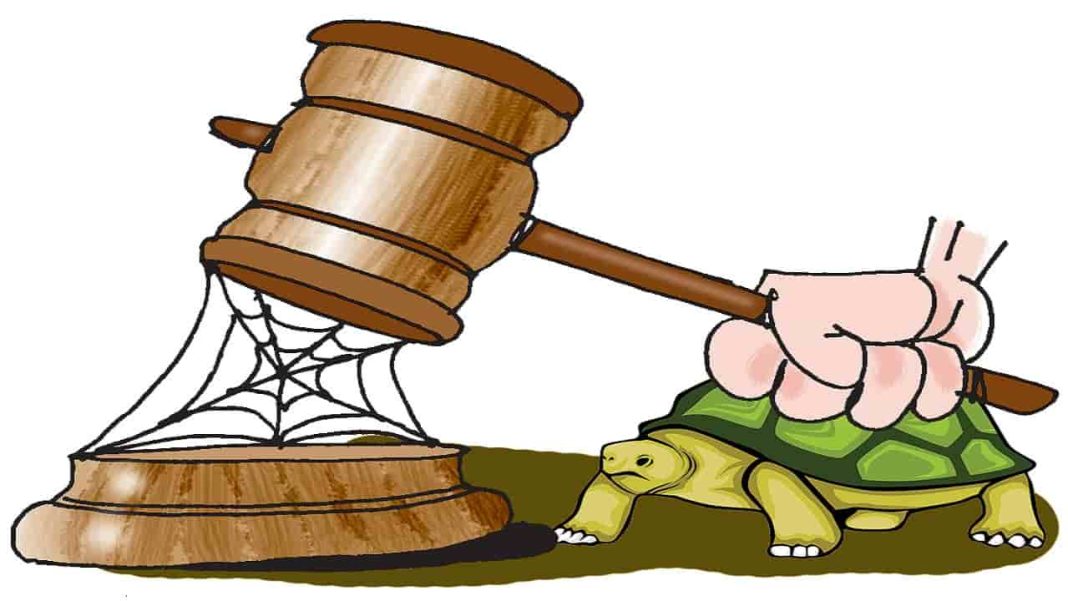 “Justice delivered after 34 years, I bow before God in gratitude,” said Narvedinder Singh, the son of Gurnam Singh, after a long-drawn legal battle finally came to a close in the Navjot Singh Sidhu case following the Supreme Court’s recent verdict which enhanced Sidhu’s sentence to one-year rigorous imprisonment. Gurnam Singh had died in a road rage incident after he was hit by Sidhu in 1988.

In another case, the MP/MLA court in Lucknow recently awarded a two-year prison term to actor and politician Raj Babbar in connection with a 26-year-old case for assaulting polling officers during the general elections on May 2, 1996. Babbar, who was present in the court, got an interim bail and has 30 days to challenge the verdict in the sessions court.

All these incidents compel us to think if this is a case of too little too late?

India, the largest democracy in the world, has been struggling under the problem of huge arrears of pending cases for the past 70 years. India now has almost four crore pending cases spanning the Supreme Court, various High Courts and numerous district and subordinate courts, according to written replies submitted by the Ministry of Law and Justice in Parliament. This compares with 3.65 crore total pending cases in India as on February 1, 2020, and according to experts, these numbers are likely to grow with the growing population unless something is done to tackle this. The large number of pending cases has crippled the efficient working of the judiciary and adversely affected the fundamental right of the citizens to timely justice.

The Indian judicial system began functioning on January 28, 1950, and consists of the Supreme Court, High Courts and various other subordinate judiciaries, along with tribunals situated across the country. Over a period of all these years, our judicial system has been able to prove itself as the nation’s moral conscience, upholding the rights of all citizens irrespective of their class, gender, status and religion. However, like all good things have a flip side. Our remarkable judiciary, despite achieving incredible feats in a span of just 70 years, has been unable to curb the gap between ideal and real which is steadily becoming wider and clearer over the years. Slow delivery of justice, the appointment of judges enmeshed in controversies and ineffective disciplinary mechanisms are some of the major problems that our justice system is facing.

The ineffectiveness of the Indian justice system has been in existence since the beginning of the 20th century, and many committees have been constituted to correct it. In 1924, a committee was constituted under Justice Rankin of the Calcutta High Court to cautiously look over the delay in the disposal of civil appeals and cases. Another committee under the chairmanship of SR Das was constituted in 1929, which suggested measures to reduce the arrears in various courts of the country. But, the measures suggested by these committees were neither discussed nor implemented in the system as a result of which all the efforts and resources expended on them turned out to be futile.

A report submitted by the High Court Arrears Committee, 1972, under the chairmanship of JC Shah identified the major cause of the delay in judicial administration as the lower number of judges in the High courts as well as inordinate delay in vacancy appointments. Even various Law Commission reports, such as the 14th, 27th, 41st, 54th, 58th, 71st, 74th, 79th, and 144th, have several times posed the question of delay in the Indian judicial system. Justice PN Bhagwati, in his Law Day speech in 1985 addressed the concerns about the judicial system and said that it is presently suffering from an ailment and is on the verge of collapse. This merely goes to prove that the problem of delay is not new but has been in existence for quite some time and the past several generations have been trying their level best to rid themselves of this albatross.

There are various factors that contribute to this delay in justice, the biggest being that the Indian judiciary is suffering from several structural problems that hamper its effectiveness and efficient administration of justice. Unlike in the past, this structural mess can be understood and analyzed in a better way in present times, due to better availability of data.

The inadequate number of judges as well as courts in the country is one of the primary causes of delayed disposal of cases. In the year 2000, unlike 107 judges to every million in the US, 75 in Canada, India only had 10.5 judges per million people. This alone goes to show that we need to revamp our judicial system and work on increasing the number of judges to reduce the enormous load on the current ones.

In Indian courts, it can be easily seen that there is a habit of taking adjournments by the majority of the lawyers for their own benefit. This is another reason for such a huge number of pending cases in India. The legal costs and all the expenses that a person has to incur to commence a legal action, even for a small claim, is quite steep and the procedure and formalities are so complex and full of technicalities that it hinders the litigant at every stage. A lot of time is wasted on jurisdictional arguments, service of notices, causes of action and other procedural issues. And even after the court of law has given the initial judgments, the number of appeals in higher courts is also one of the reasons for delay in imparting justice.

Political affiliations and sluggish tactics committed by parties also defeat the true essence of the justice system. Another reason for the delay in our courts is the country’s diverse culture, language, religious sentiments, customs and practices which pose an unsettling issue in front of our courts.

Just like Rome was not built in a day, similarly, the necessary changes cannot be brought in overnight, but will surely come if we strive for them with the right zeal and intent. Despite many loopholes and deadlocks, a change needs to take place to reform the justice system in India. Various measures can be taken to affect this change.

The number of judges should be increased in the High Courts as well as the Supreme Court. Although we have highly qualified judges, their number is quite less hence unless we increase the strength of judges and improve the per capita ratio, we will not be able to effectively administer justice. As discussed earlier, we are far behind in the appointment of judges as compared to other developed nations, which is the main reason for inefficiency and ineffectiveness.

More fast-track courts should be set up along with directions that cases are disposed off in these courts in a time-bound manner. There is also an urgent need to increase the number of tribunals, judicial and quasi-judicial bodies each of which must be categorized according to the specialization of its judges which reduces the burden of the courts. Care has to be taken that these tribunals, judicial and quasi-judicial bodies have adequate powers so that they are taken seriously and litigants do not treat them like stepping stones to approach the respective High Courts.

Red tape or the inordinate delay due to paperwork creates a gap between the sections of the society. This must be replaced by the technological infrastructure e.g. e-filing of cases, e-returns and the files pertinent to the case must be stored online, which will lead to a speedy disposal of cases. Covid-19 has given the much-needed boost to the judicial system to revamp itself almost overnight and this impetus needs to be continued so that the digital filing and virtual courts are not done away with completely after the pandemic is over, but are made to stay in a phased manner to reduce unnecessary crowd and delay in courts.

A major shift needs to be made from adjourning authority to adjudicating authority and advocates who seek delay excessively must be condemned severely.

People should be made aware of the Alternative Dispute Resolution systems like mediation, arbitration, conciliation, etc., which ensure speedy justice to trivial cases and screening of matters that require court assistance.

It is said that “Justice delayed is justice denied”. This phrase implies that if justice is not carried out right away timely, then even if it is carried out later, it is not really justice because there was a period of time when there was a lack of justice.

It has been seen that a lot of courts try to schedule over 100 cases every day and it is impossible for a judge to allocate time to hear these many cases each day. Even though various procedural, legal and infrastructural reforms have been introduced in the recent past to bring about substantive judicial reforms in order to combat the sheer volume of cases in the Indian courts, these efforts have largely been piecemeal in nature resulting in lacklustre effect on the system. In addition, the difference of perception between the judiciary and the government regarding the right solution has further aggravated the crisis.

In this context, the harmonious functioning of the three organs of the State and honest commitment of all the important stakeholders, such as the Bar Council, the members of the legal profession and litigants hold the key to resolve the cyclic syndrome of delay, arrears and pendency. Justice is a foundational goal of any civilization. Thus, it is imperative for the judicial system to perform its duty with due diligence so that society can strive for peace, harmony and progress.

The judges are considered equivalent to God, hence it is their duty to ensure that no guilty person escapes unpunished. Since our independence, we have suffered a lot due to the excruciating slow pace, but now is the time when reformations must be done in the Indian justice system. “Justice delayed is justice denied” should be our mantra. If justice is not delivered timely then all our technological and economic ad­vancement will lose its shine because a truly developed nation needs a strong judicial system to survive and a strong judicial system cannot exist without timely delivery of justice.