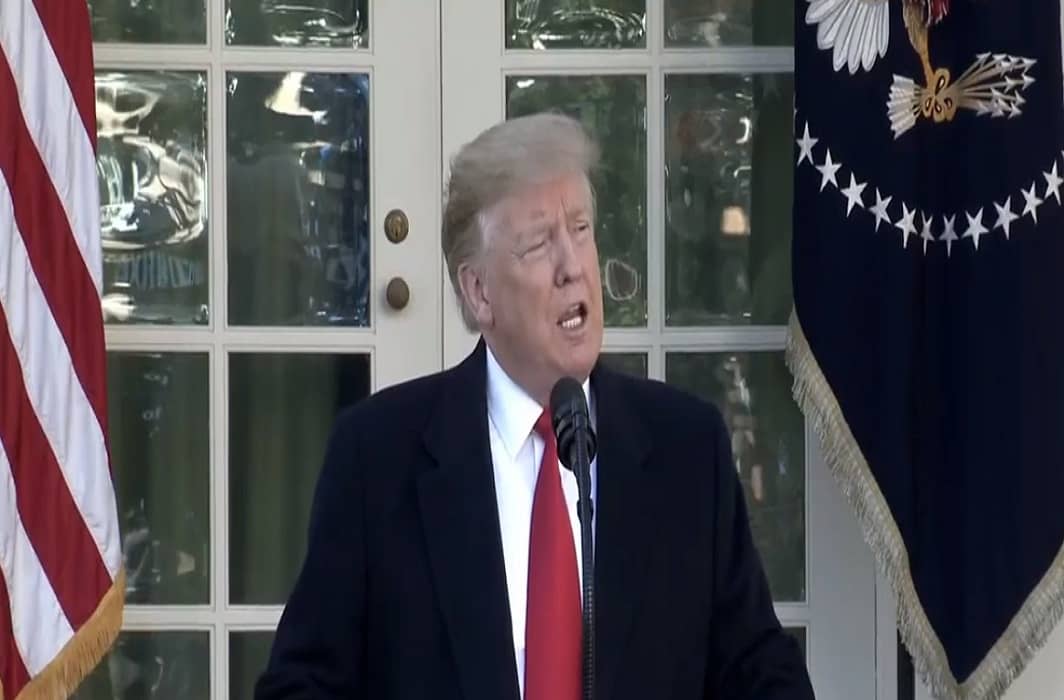 A Supreme Court ruling on his financial dealings shows the president is not above the law while a slew of other setbacks puts a serious dent in his bid for re-election.

A US Supreme Court, stacked with Republican-appointed Justices, did President Donald Trump only a small favour in two cases involving his financial dealings, dismissing his lawyer’s arguments that a president has absolute immunity from investigations while in office.

Chief Justice John Roberts wrote the 7-2 opinion that the president is not categorically immune from grand jury requests. Both Supreme Court Justices nominated by Trump, Neil Gorsuch and Brett Kavanaugh, sided with the majority. Trump’s accounting firm and the Deutsche Bank must provide documents subpoenaed by a New York grand jury, but much of the material would not become public, since records would go to a confidential grand jury investigation in New York.

Trump’s tweets within minutes of the court ruling indicate his mindset: “Now the Supreme Court gives a delay ruling that they would never have given for another president. This is about PROSECUTORIAL MISCONDUCT.”

Manhattan district attorney Cy Vance issued a statement celebrating the Supreme Court’s ruling that the president is not categorically immune from grand jury requests. “This is a tremendous victory for our nation’s system of justice and its founding principle that no one—not even a president—is above the law,” Vance said.

In a second case, based on a separation of powers issue, Trump basically got a draw, with the Supreme Court sending the case back to an appeals court. “The courts below did not take adequate account of the significant separation of powers concerns implicated by congressional subpoenas for the President’s information,” the verdict stated. Chief Justice Roberts wrote both the decisions. This is hardly a victory but it does buy Trump some time since this case will not be settled before the November election.

It continues what have been a difficult four weeks for him since a poorly attended rally in Tulsa, Oklahoma, embarrassed him, and his law and order harshness about civil rights protests ended up encouraging a wide range of Americans to join the Black Lives Matter movement.

His defence of memorials to Confederate leadership in the civil war of the 19th century may have fed the psychological needs of his core supporters, but his polling numbers keep declining. All of this as the Covid-19 pandemic continues to surge in many of the states he won in 2016.

Trump’s initial dismissal of the coronavirus was based on his fear that it would damage the economy. Serious advice from medical and scientific experts was ignored. The president assured Americans it would disappear and be no worse than the ordinary flu. His re-election strategy failed to consider the impact of a collapsed economy and the 1,31,000 deaths attributed to the virus. Trump, who has made it abundantly clear he dislikes bad news, ignored scientists and any Republicans who disagreed with his approach. As the death toll climbed beyond his early estimate of “maybe 60,000”, his polling advantage in the November election eroded. Current polls suggest he is trailing Democratic nominee Joe Biden by double digits almost everywhere, and in states that backed Trump in 2016, the Biden lead is several digits.

A crippled economy and unemployment are a challenge for any incumbent. But Trump’s overt appeal to conservative white Americans for an America that hasn’t existed for 50 years was amplified by the murder of George Floyd by a Minneapolis policeman. Captured in a nine-minute viral video, the killing breathed energy into the Black Lives Matter movement. Substantial numbers of white Americans, young and old, have forced the issue of police brutality and systemic racism into a much larger discussion about inequities in American society.

With impeccable timing, Trump has just formally told WHO that in July 2021, the US is out. His presumed election opponent, former vice-president Joe Biden, immediately said: “Americans are safer when America is engaged in strengthening global health. On my first day as President, I will rejoin the @WHO and restore our leadership on the world stage.”

Opposition to coronavirus-related restrictions remain a potent force, in part because of Trump’s public dismissiveness of the crisis and his advisers’ insistence that to win re-election, he must convince Americans to accept hundreds of deaths each day and the continued contagion.

This led to his claiming “we have the lowest mortality rate in the world”, while also attacking the news media for not reporting the declining average number of daily deaths from Covid-19. In just the four weeks starting June 7, Arizona’s cases quadrupled, as did those in Florida. Texas did slightly better by only tripling. These were states that reopened in May when the federal government encouraged it, sending people to beaches, bars and restaurants without mandated social distancing or masks. Many churches resumed congregational meetings and have become virus hot spots as well. Trump believes the pandemic is over because fatalities have shown a modest decline, in part because infected younger people have slightly better survivability.

Dr Anthony Fauci, director of the National Institute of Allergy and Infectious Diseases, warned: “It’s a false narrative to take comfort in a lower rate of death… There are so many other things that are very dangerous and bad about this virus. Don’t get yourself into a false complacency.”  Trump hasn’t listened carefully to Fauci for months. And Trump isn’t listening to the Centers for Disease Control and Prevention (CDC) suggestions to reopen schools in America in late August. Trump told CDC to lighten up with new regulations. School officials across the nation have made it clear that social distancing and masks will be difficult in classrooms. Most US classrooms are physically sized for 30 students and desks—with social distancing, only half as many pupils can be accommodated.

Teachers’ organisations insist that going back to the classroom has to be safe. Lots of moms in the USA aren’t willing to risk the lives of their children to discover if the president is any smarter than when he encouraged the reopening of public spaces and businesses without proper mandates for heath safety.

Whether it is India or America, it seems that when large amounts of government funds are handed out—especially in emergencies—friends of the government benefit.

The Trump administration put $349 billion in forgivable loans into the Paycheck Protection Program (PPP) to help businesses, but fought efforts to monitor their distribution for now understandable reasons.

Finally, after much prodding the Administration released some names of people and organisations that benefited. Calling it the “Swamp Gift Shop for friends and relatives” barely covers the variety of recipients. Theoretically, it was intended to cover payroll downturns during the pandemic and does not have to be repaid.

Recently, the independent accountability panel created to watch PPP money, alerted four congressional committees that the Treasury Department was interpreting the statute in a way to exempt more than $1 trillion from scrutiny.

This came shortly after Treasury Secretary, Steven Mnuchin, told a Senate committee that the information sought was proprietary and not public. For those who don’t remember, Mnuchin ran a bank, which engaged in criminal behaviour during the 2008 economic crisis. He never went to jail, instead later becoming secretary of the Treasury. Who said crime doesn’t pay?

By now it is clear that for the Trump Administration, every emergency situation is an excuse to change some regulations in order to impact people they don’t like. The latest punishment involves telling tens of thousands of international students that if the schools they attend resume online only, then their F1 student visas are no good and they must go home.
News of the rule change surprised immigration lawyers. This is a sharp reversal from the administration’s position in March—at the height of the pandemic’s spread in the US—allowing students to retain their lawful immigration status even as in-person classes were suspended across the country.
Harvard University and Massac­husetts Institute of Technology (MIT)—both in Boston—sued the Trump Administration, seeking a temporary restraining order to block this new rule.
The Trump Administration recently lost two Supreme Court cases for not following proper administrative rules and procedures. “We will pursue this case vigorously so that our international students—and international students at institutions across the country—can continue their studies without the threat of deportation,” Harvard President Lawrence Bacow wrote in a statement addressed to the Harvard community.
The sudden rule change puts universities in a difficult dynamic: administrators can let campuses stay open to keep international students in the country but run the risk of spreading the virus; or close up, maintain social distancing, and international students be damned. All of this hurts students immediately as well as in their career planning. The higher fees paid by international students are a critical revenue stream for many universities. If it goes into full effect, it will impact the fields that these students pursue, engineering, math and computer science, and the rate of innovation that can be sustained in a country without the core, often invisible, talent priced by Indians working in the technology sector here.

Did you find apk for android? You can find new Free Android Games and apps.
Share
Facebook
Twitter
Pinterest
WhatsApp
Previous articlePlea to have all open school exams cancelled
Next articleShould names of COVID infected people be made public?