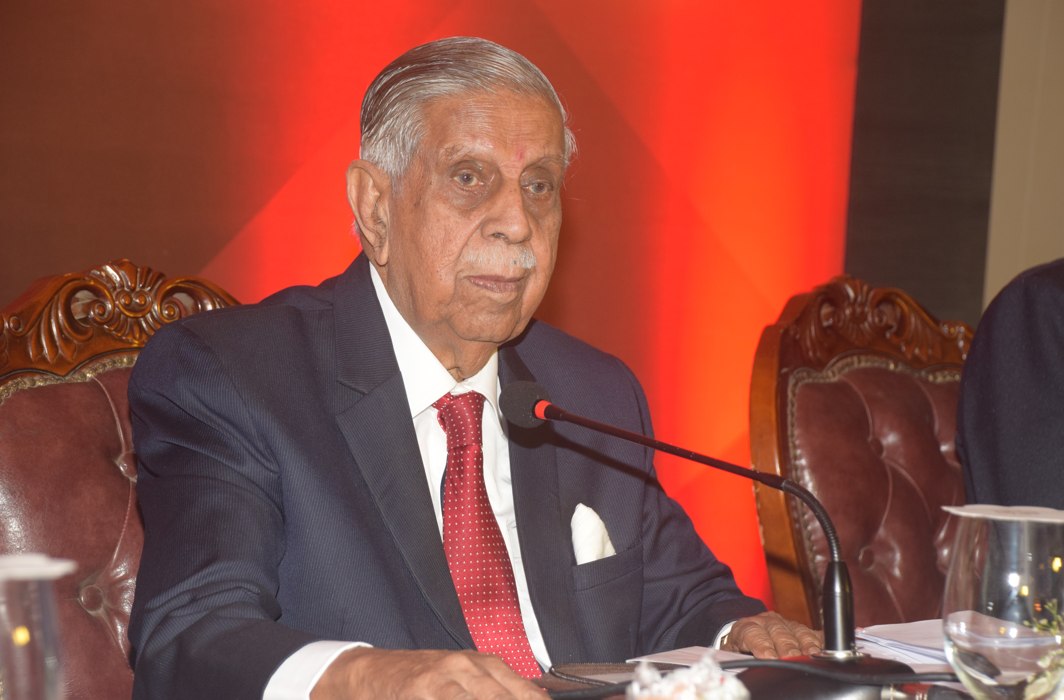 No army can stop an idea whose time has come

Justice, it is said, is the greatest interest of humans on the earth. But the institutions of administration of justice and their methods, it is agreed on all sides, need a strong second look. Long ago, an English judge lamented that if Britain’s business methods were as antiquated as its legal methods, it should have been a bankrupt country long ago. Law is said to be one generation behind the needs of the times; the courts are two generation behind and the judges three! The then Lord Chancellor, Lord McKay, reportedly asked Justice Michael Kirby as to what the latter thought about the future of courts. Justice Kirby is said to have remarked that he, Justice Kirby was happy that the Lord Chancellor thought they had a future at all!

Today our civilisation faces such disruptive technological explosions that all institutions, particularly the institutions of administration of justice, will flounder and appear funny like an old man wearing with attached fondness, the clothes of his childhood!

The 20th Century, writes Raymond Kruzweil, “was not 100 years of progress at today’s rate, but, rather equivalent to about 20 years, because we are speeding up to current rates of change… the 21st century will equal 2000 years of progress at today’s rate of progress—1000 times greater than what we witnessed in the 20th century”. “The Homo sapiens,” according to Ian Tattersall, curator of the American Natural History Society, “is not simply an improved version of his ancestors, but a new concept, qualitatively distinct from them … a totally unprecedented entity”. That explains the enormous and sometimes mind-boggling creative range of the human mind.

In short, everything will change. Humanity needs to adopt new ways of thinking if it is to survive. The 20th century was significant for its spectacular progress in science. The controlled nuclear fission of the 40s, the Human Genome discovery by Watson and Crick a decade later, the work on the “Decade of the Human Brain” and the Human Genome project were all remarkable strides in the march of science in the 20th century.

But all these will pale into insignificance in comparison with what is in store for the 21st century. Some time ago, Time magazine had this lead article by Lev Grossman which said that 2045 would be the year when man would become immortal. He refers to the work of Raymond Kurzweil who believes that “a moment will arise when computers will become intelligent and not just intelligent but more intelligent than humans. When that happens, our bodies, our minds, our civilisation will be completely and irreversibly transformed”. He believes that this moment is not only inevitable but is imminent. Vernor Vinge in his “The Coming of Technological Singularity” predicts that we will develop the means to create superhuman intelligence. Shortly after that, the human era of artificial organs will take over.

Artificial intelligence implies “robots, machine reasoning, neural networks, deep learning and the vanishing presence of the human in the creative or inventive pipeline, due to computational creativity”. This raises several critical concerns for the specialists of intellectual property law.

A white paper was produced by a group of activists, researchers and data experts who met at the Rockefeller Foundation’s Bellagio Centre to discuss the question of whether and how Big Data is becoming a resource for positive social change in low and middle-income countries (LMICS). Their working definition of Big Data includes, but is not limited to, resources such as social media, mobile phone use, digitally mediated transactions, the online new media and administrative records. They further say big data might best be described as an analytical process, an approach to a question, or even a way of finding the best question rather than an object in itself. “Big Data” terminology arose more than a decade ago from the corporate sphere but needed some re­thinking to fit with the discussion on how this type of data might be useful to activists and civil society more generally. Seymour Papert, a mathematician, originally trained with a child psychologist, Jean Piaget, before moving to MIT where he and Marvin Minsky co-founded the Artificial Intelligences Lab.

The corporate world’s definition of Big Data has remained fairly stable around the idea of the three V’s (volume, velocity and variety). A broader perspective was adopted which includes the idea of datafication—the shift towards digital production and dissemination of information. The implications and the wide spread provide crowd-sourced large statistical base that can influence almost every dimension of human curiosities. Particularly poignant is the use of this technology in controlling and influencing even the democratic process involving voter preference and voter behaviour. Even more poignantly, newer concepts of property and assets, hitherto unfamiliar to legal thought and legal terminology, will be the by-products of these new technologies. This will bring newer ideas and concepts of rights, powers and privileges which again, in turn, will create newer assets and liabilities unfamiliar to the parlance of the present commercial civilisation. These are not yet taught to the legal culture of the day. Newer concepts of intellectual property emerge. The traditional system will be unable to respond to the challenges of these changes. The new technologies influence and control almost every economic activity around which the present world order revolves. The impact of the new disruptive technologies need a new category of lawyers and judges whose specialised knowledge of the technological domain become critical and become part of the adjudicative process. The judge ceases to be the impartial umpire of the adversarial common law system; but the system will itself tend increasingly towards the inquisitorial. This will, in my opinion, compel a marked shift from our accustomed norms of the adversarial system and impose new forces of change on the legal system.

EMERGING RISKS OF THE NEW TECHNOLOGIES

The possibilities offered by Artificial Intelligence, says a source, come with significant risks. The prospect of those having the capability to devise the most potent algorithms to influence the decisions of others present serious problems of human autonomy. The privacy or a person’s own private opinion no longer remains private. What we should worry about more, says Noah Harare in his eminently readable “21 Lesson for the 21st Century”, is the shift in authority from humans to algorithms which might destroy the remaining faith in the liberal story and open the way to the rise of digital dictatorship. But even as Big Data algorithms might extinguish liberty, they might, Harare cautions, simultaneously create the most unequal societies that ever existed. All wealth and po­wer might be concentrated in the hands of a tiny elite, while most people will suffer not from exploitation, but from something far worse—irrelevance.

The digital divide and its social consequences have been well documented. The world is no longer divided by ideology, said a scholar, but divided by technology. The new technologies usher in a new civilisation, as it were. Everything will change. The combined effect of the new technologies will compel all political, social, economic, administrative systems…to adopt and change. The judicial system will equally be transformed. But…“mediation” will find the pride of place as a human tool to allay injustices, promote harmony and preserve a sense of belonging.

In the context of these great transformative changes, technology becomes the driving force behind all institutions, including institutions of administration of justice. In Professor Frank Sander’s words, dispute resolution mechanisms “should take advantage of the rich variety of different processes which would single or in combination, provide for more effective conflict resolution”. Mediation will assume the pride of place in the altered context.

Administration of justice through the courts’ system has long remained a source of reproach. There are about 34 million cases in the 22,764 subordinate courts in India. Ten percent of that number, about 3.4 million, is in the High Courts; about 60,000 in the Supreme Court. Fifty percent of this pendency is concentrated in just five states in India. World Justice Report 2019 (Rule of Law Index) gave India 68th place amongst 126 nations on an evaluation of eight criteria. “Civil Justice” is one of them. On this, India’s score is 97/126. In the “criminal justice” index, it is 77/126. It is no consolation that many of our neighbours, including China, are below us in the rankings.

After the Lord Woolf Report on civil justice, there were striking improvements in Britain. In India, the solution is possible if there is some authority which owns the problem. It is too serious a matter to be left to lawyers and judges alone. Those in the authority must shed the traditional illusion of omniscience and seek help from systems’ experts. So far, solutions have become banal by reason of stereotyped speculation. Arbitration and Mediation must become the new “mantra” for judicial salvation.

Lawyers must become private sector judges before the case escalates to public sector courts. The loss of man hours and productivity by reason of routine adjournments of cases without any value addition to the progress of the cases is colossal. Meaningful deployment of mediation as a standard adjunct to the work of the courts will bring in a rich harvest.