Above: Former telecom minister A Raja at the Patiala House Court after his acquittal in the 2G scam case/Photo: UNI

I spoke to former UPA Telecom Minister A Raja, the blue-eyed boy of DMK patriarch M Karunanidhi, shortly after his acquittal by a special CBI trial court in the 2G “scam” last week. He said: “I told you so. Go back to what I told your magazine two years ago, and you will see who was telling the truth.”

My use of inverted commas around the word “scam” is deliberate. This is because cop-turned-judge Om Prakash Saini, who pronounced the verdict after trying the case for six years, could not find an iota of evidence to support the CBI’s charges of criminal wrongdoing by any of the 19 accused.

Judge Saini is a tough nut to crack. He was the one who initially denied bail to co-accused Kanimozhi, Karunanidhi’s daughter, in the same case. He put Suresh Kalmadi behind bars in the Commonwealth Games corruption scandal. He personally summoned some of the top industrialists—Sunil Mittal of Bharti Airtel, Asim Ghosh of Hutchison Max and Ravi Ruia of Sterling Cellular—for questioning. As a POTA judge, he awarded the death sentence to a terrorist who was part of an attack on an army camp in Red Fort in 2000. The 2G case was not the only high-level corruption case he has tried. Prominent among others was the National Aluminium Company Ltd (NALCO) graft scandal in which he denied bail to the chairman, AK Srivastava. 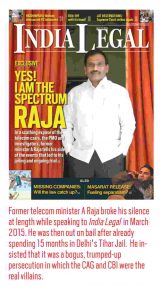 With a judge of this mettle presiding over your case, it takes enormous confidence and strength of belief to talk to the press openly and defiantly about your case. You risk annoying the judge and perhaps, even contempt for analysing sub-judice matters.

And that’s what Raja did in March 2015 when he was on bail after having already spent 15 months in Delhi’s Tihar Jail. He broke his silence to speak at length—and on the record—to India Legal. The 2G controversy had led to his dismissal as a minister and contributed to the fall of the UPA government. Yet, Raja insisted it was a bogus, trumped-up persecution in which the CAG and CBI were the real villains.

Raja was fully aware that the court which was trying him had been set up at the behest of the Supreme Court which was closely monitoring the case. Yet, he was bold enough to intone: “One day, 2G will be my strength.” Looking at the massive judgment (reported elsewhere in this issue) delivered by one of the toughest judges in the country, Raja was not far off the mark.

Raja has just finished writing a book. It is not about his days in Tihar, which in itself is a fascinating story. The book, he told me, “will talk about why I was put there and how I was charged with corruption as I had allegedly abused power. The truth is that I waged a war against monopoly, cartelisation and surreptitious exploitation of a natural source. My honest efforts in the telecom sector and the dubious attitude of various individuals and institutions will be correctly exposed”. 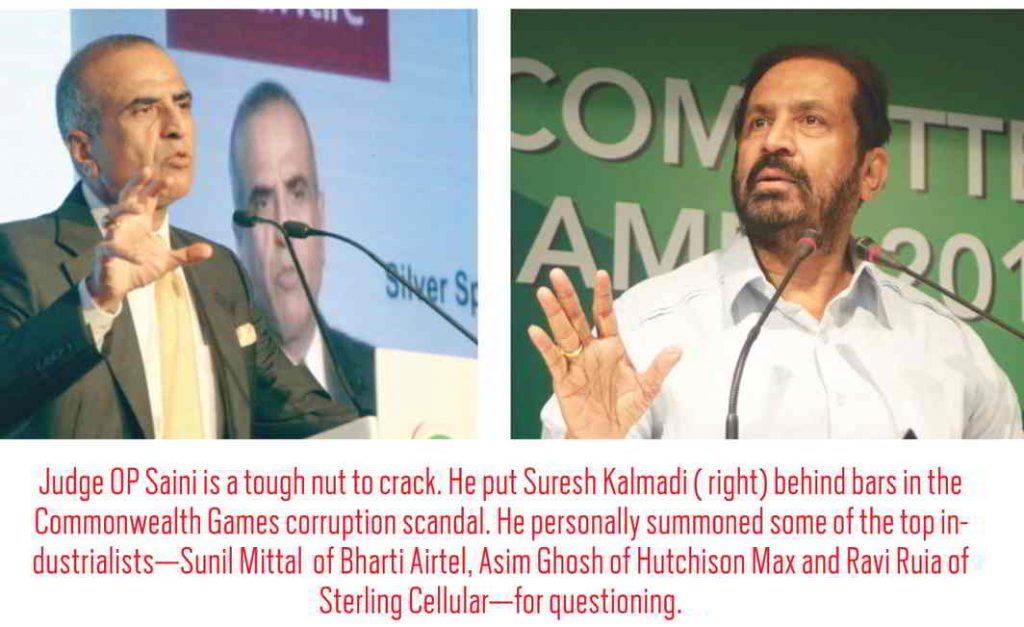 In fact, Raja debunked the popular “Rs 1.7-lakh crore loss to the treasury” as a figment of the CAG’s imagination—a figure that was hyped all over the press and used endlessly in Parliament by opposition parties to discredit the government.

Raja’s main argument has been that the whole issue was never a matter of corruption or loss to the exchequer but one of policy. If the aim was to make money for the government, an auction was the logical choice. But in this case, the government deliberately foreclosed that option and chose instead to expand and multiply cellphone usage by levelling the playing field for new entrants and making rates cheaper through increased competition.

Raja said: “I wanted to break the cartel. The PM was in the loop. I discussed everything with the PM and the FM. I disclosed how much spectrum was available. To maintain a level playing field, we did not assign a cost. But those who got it free earlier, wanted to stop new players. Established monopoly players like Bharti had a free run until 2007. There had never been an auction before and because I wanted a level playing field for new players, we did not go in for an auction. It was also not required under TRAI. So these established monopolies went running to the PM even though they had already got 10 megahertz free. The PM sent me a note with an unsigned annexure. Have you ever heard of such a thing? In the letter, he told me not to proceed without consulting him. So I wrote back telling him what I did. Now that is being produced as evidence in the court and that is why he (the PM) was being called to depose. I still stand by every decision I took. Investigations by the ED and other agencies could find no evidence of bribes and there is no case of disproportionate assets against me.”