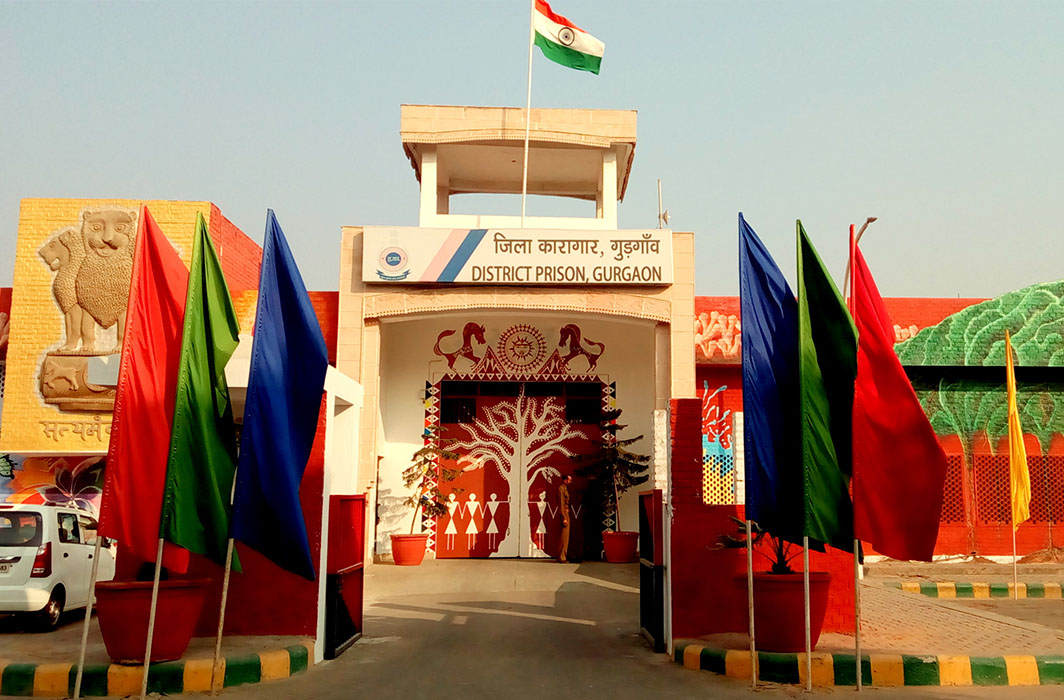 With jailbreaks in the news, sloppy security in prisons is in focus, but there’s a bigger related problem: overcrowding of jails. The judiciary has taken up the issue but can it have any impact?

The Supreme Court recently made public an alarming statistic—prisons in Delhi and nine other states have an occupancy rate of 150 per cent! Such massive overcrowding puts enormous pressure on living conditions and on security—as witnessed in the Nabha jailbreak by Khalistan militants. The apex court, while responding to a suo moto Public Interest Litigation, was told that the average occupancy in all jails in the country was 117.4 percent, based on latest figures available. Chhattisgarh tops the list with an occupancy rate of more than double the capacity.

As a consequence, a Supreme Court bench of Justice MB Lokur and Justice RK Agrawal has asked the Ministry of Home Affairs to obtain a status report from states regarding compliance of its orders to reduce the prison population and improve the living conditions of prisoners. “Fundamental rights and human rights of people, however they may be placed, cannot be ignored only because of their adverse circumstances,” the judgment stated.

Overcrowding is not just about more bodies occupying the same space. In a letter, later turned into a writ petition, former Chief Justice of India RC Lahoti had pointed out that this violated the fundamental rights of undertrials and convicted prisoners. In its latest judgment, the Supreme Court found that the authorities (read state governments) have defied repeated orders of the court to draw up a “viable” plan of action to decongest jails. Instead, they have fallen back on ad hoc proposals like construction of additional barracks or jails without mentioning a time-frame. Most large prisons are old constructions built within cities with little scope for expansion.

“Fundamental rights and human rights of people, however they may be placed, cannot be ignored only because of their adverse circumstances.”

—Justices MB Lokur and RK Agrawal on overcrowding of jails

The alternative is to build new prisons outside city limits. But this leads to logistical problems of ferrying prisoners to and from courts. The figures say it all. Just one state, Uttar Pradesh, houses one-fifth of the total jail population of the country with more than 88,000 inmates in its 67 jails. While the number of prisoners per 1,00,000 of population is 34 nationally, it is as high as 66 in Uttar Pradesh (50 in Varanasi, the prime minister’s constituency). According to the latest prison statistics of the National Crime Records Bureau (NCRB), Indian prisons have an average occupancy ratio of 18 percent above the stated capacity. Chhattisgarh’s 28 prisons house 17,662 inmates, which makes the occupancy rate 233.5 percent. Among the Union Territories, Dadra and Nagar Haveli has recorded an occupancy rate of 276.7 percent, although its prison population is comparatively small.

Overcrowding adds to the misery of living conditions for inmates, a majority of whom are facing trial and not yet convicted for any crime. It leads to anger, frustration and a dehumanizing process. This year in April, two riots broke out in Varanasi district jail on consecutive days. The jail superintendent was taken hostage and the deputy superintendent was beaten up by inmates. The trigger was the prisoners’ long-standing grievances, which included beatings by jail staff, corruption, poor quality food and other problems that plague jails as a whole. Over-crowding is at the core of many of these.

One man who is looking into the issue and possible solutions is Supreme Court- appointed amicus curiae Gaurav Agrawal. He has recommended significant reforms based on his research. One is the urgent need for state governments to construct new jails. Agrawal has also asked state governments to send in their own suggestions.

“Each government has its own problems and its own budget. Many states have submitted their reports to me and to the court but I need more information. It’s a time consuming process,” Agarwal told India Legal.

Prison reforms have been the subject matter of discussion for 35 years now and it is clear that the issue of overcrowding in jails has not been given its due attention. Measures to decongest prisons have been infrequent and administrations apathetic even after regular intervention by the Supreme Court. Congested prisons fail to guarantee the rights of the prisoners’ to good health and dignity and result in problems relating to hygiene, sanitation, management and discipline. Incarceration is not only damaging physically and mentally but also changes the life of an individual socially, financially and emotionally. Prison officers and staff are not ideally suited or trained to take correctional measures, which is why one suggestion is to involve NGOs in the area of prison reforms. This has achieved positive results in Delhi’s Tihar jail as well as the Gurugram jail in what was formerly Gurgaon (see box).

The problem also lies with the courts. Pendency is a major issue and the huge backlog of cases means that a large percentage of undertrials continue to languish in jails often for petty offenses. The Law Enforcement Assistance Administration National Census of 1970 revealed that 52 per cent of the jail inmates were awaiting trial.

A model prison shows the way to reform and rehabilitation

Here’s a fun fact: Gurugram jail was the first to open its doors to foreign tourists to view the living conditions and rehabilitation measures it has undertaken. Gurugram prison has in fact, turned out to be a model prison after the capital’s Tihar jail was turned into a correctional center by Kiran Bedi’s India Vision Foundation, which, in 2012 extended its work to Gurugram prison. Gurugram has tied up with Indira Gandhi National Open University and National Institute of Open Schooling which has allowed the India Vision Foundation to initiate an e-library program, computer education, literacy programs, vocational training in tailoring, weaving, beautician courses, art, chocolate-making, sanitary napkin-making and workshops in areas like health and hygiene, apart from sports activities.

For inmates at Gurugram, the day starts with yoga, followed by dance, music and art and craft. Learning a new activity helps channelize energy and focus and even creates a new avenue for earning and rehabilitation. The art work done by inmates has been exhibited and sold in galleries and art fairs. Ajmer Singh Shriwal from Haryana’s Rohtak district, is a perfect example of Gurugram’s reform system. He is an undertrial in the famous Maruti’s Manesar Plant Case of 2012, where he worked as a senior executive. Music has helped him cope with life in prison. He writes spiritual songs, sings, plays the harmonium and teaches others. He feels that his thinking has changed a lot and he is also hopeful of a better future.

For some inmates, life has already changed. Five of them are working as computer teachers in other prisons of Haryana and have been reintegrated into society while two more are working with India Vision Foundation as project coordinators for other prisons. Bunty Kumar, an undertrial in the Maruti case, took up tailoring at the training center. Now out on bail, he earns Rs 10,000 a month through the Singer company’s program for inmates. What Gurugram’s success shows is that NGOs can indeed make a difference in prison reform and easing the psychological pressures from overcrowding.

Speaking to India Legal, Swami Vishal Anand, who has been working as a prison program coordinator and is also a part of the Divya Jyoti Jagrati Sansthan, an agency working for prisoner reformation, rehabilitation and reintegration, says: “Our problem is not overcrowding, but the failure of our judicial and correction system. The purpose of prisons is correction of the inmates and we talk about constructing new prisons instead which can never be a solution.”

He suggested creation of a correctional cadre of officers who are well-informed on prison reforms. That might help improve the lives of prisoners but it is hardly a solution to overcrowding. In its latest intervention, the Supreme Court of India has given the authorities a deadline of six months to come up with suggestions and viable solutions. It remains to be seen whether this has any effect.