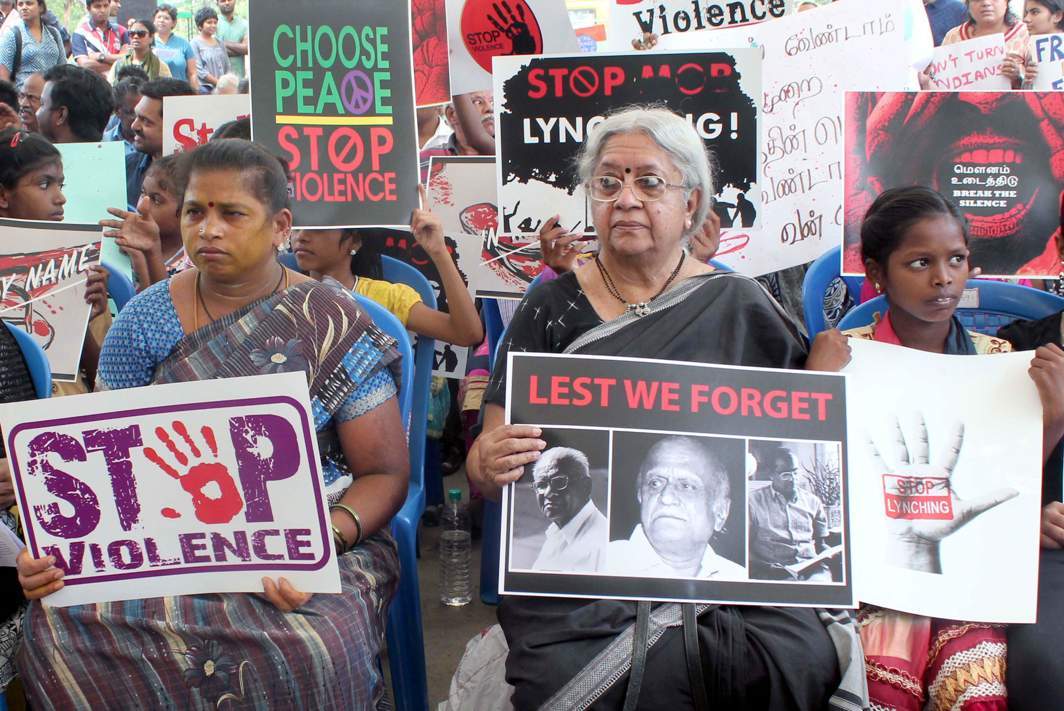 Above: Civil rights activists condemn the mob attacks in the name of cow protection in Chennai. Photo: UNI

The states of Maharashtra, Rajasthan and Haryana have agreed to look into cases of cow protection groups indulging in violence. Before the Supreme Court bench of Chief Justice Dipak Misra and Justices AM Khanwilkar and Amitava Roy on Wednesday (September 6) Additional Solicitor General Tushar Mehta, for the states said the states agree to nominate a senior nodal officer each from the police to look into such cases.

During arguments, senior advocate Indira Jaising said that the state has a great responsibility to ensure that FIRs be lodged and people do not take law into their own hands. She said that the Union of India should issue notifications and guidelines for the same.

According to Mehta, as per the court’s order, these states shall nominate a senior officer of the police department to ensure that these vigilante groups do not take law into their hands.

Jaising also raised the issue of inspection of vehicles on highways. This will also have to be taken care of by the states. The affidavit will have to be filed by the chief secretary of the state after consultation with the inspector general of police.

The matter was adjourned to September 21.