Top News of the DayAnalysis News

Supreme Court’s view on National Anthem needs to be contested 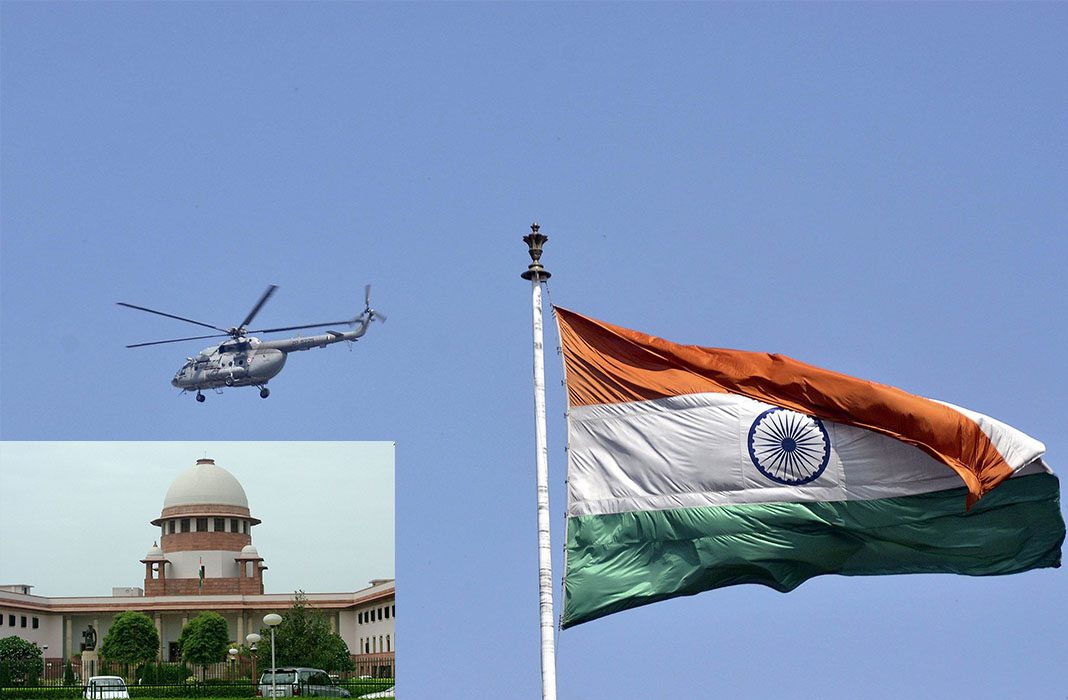 The order on national anthem is “an interim measure”. The case is listed for hearing on 14th February 2017

The facts of the case in which Supreme Court justices Dipak Mishra and Amitava Roy have issued an order with regard to the playing of national anthem on November 30, 2016 need a closer look to understand the ambit of the court’s directive. The order has been published in the name of Court Masters Madhu Bala and HS Parashar.

The order says, “Mr Rohatgi has submitted that the Union of India shall circulate this order to the Chief Secretaries of all the States and Union Territories. That apart, Mr Rohatgi submits that the order shall be shown in the electronic Media and published in the print media so that everyone knows that such an order has been passed and follow the same in letter and spirit.”

It also says, “This order shall be given effect to within a period of 10 days.”

It has to be noted that the arguments in the case are not yet over. The court has not delivered its judgment. The matter has been posted to 14th February 2007 “for further hearing.”

So, what is the case? The case is between petitioner Shyam Narayan Chouksey and the Union of India. Chouksey is the petitioner and the center is the respondent.

The petition was filed on October 28, 2016 under Article 32 of the Constitution of India with reference to Insults to National Honour Act, 1971.

It is based on this argument, and while “awaiting the reply from the Union of India” the court has “as an interim measure” issued seven specific directions which are to be “scrupulously followed.”

The following are the seven directives:

“(a) There shall be no commercial exploitation to give financial advantage or any kind of benefit….

(c) National Anthem or a part of it shall not be printed on any object and also never be displayed in such a manner at such places which may be disrespectful to its status and tantamount to disrespect….

(g) The abridge (sic) version of the National Anthem made by anyone for whatever reason shall not be played or displayed.”

From what has been summarized as the “averment” of the petitioner, it is not clear whether there was specific reference to the playing of the National Anthem in cinema halls. So, why did the judges choose to devote three of the seven directives to what should be done in the cinema halls?

Secondly, the petitioner did not seem to have pleaded for interim relief of any kind. Then, why did the court feel impelled to take an “interim measure”?

The more general and a very important question that arises from the court’s order is the rationale of “constitutional patriotism” which it seems to be expounding. The order says, “ Be it stated, a time has come, the citizens of the country must realize that they live in a nation and are duty bound to show respect to National Anthem which is a symbol of Constitutional Patriotism and inherent national quality.”

In the following sentence of the order, a very narrow position has been adopted which seems to exclude any other position: “It does not allow any different notion or the perception of individual rights, that have individually thought of have no space. The idea is constitutionally imperimissible.”

The reasoning does not appear to be rigorous in terms of constitutional jurisprudence, and it needs to be contested and argued before the court when the case comes up for hearing next February.

Did you find apk for android? You can find new Free Android Games and apps.
Share
Facebook
Twitter
Pinterest
WhatsApp
Previous articleHave we achieved the objectives of the Constitution?
Next articleAn independent judiciary cannot depend on the executive: CJI