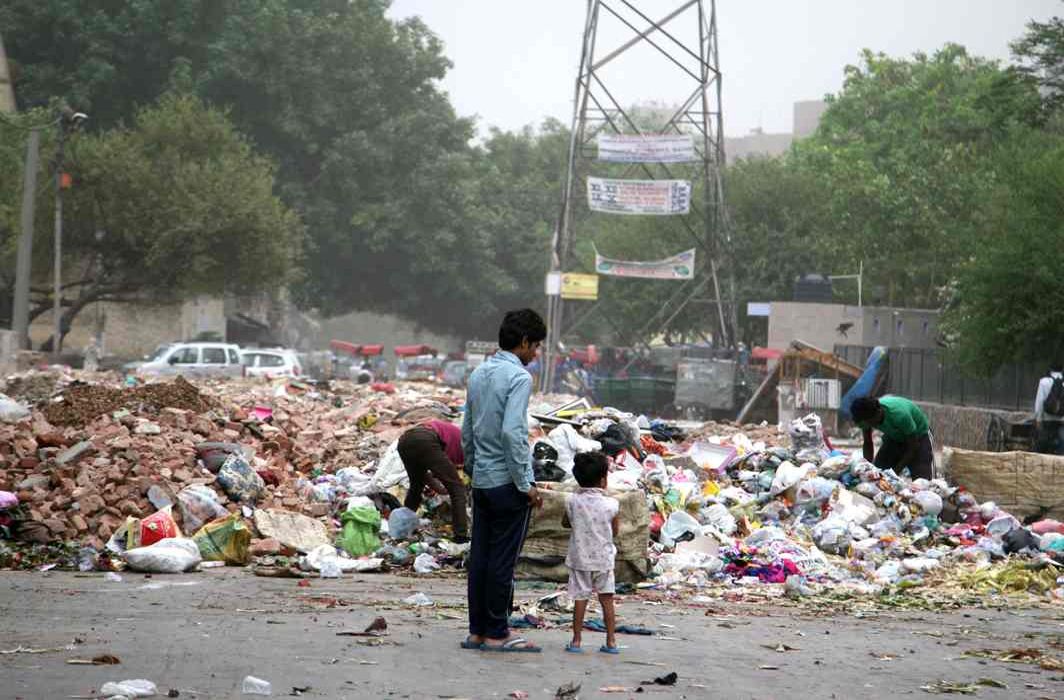 Above: A heap of garbage strewn in one the colonies in New Delhi/Photo by Anil Shakya

The Delhi High Court on Friday (March 16) dealing with the immediate arrears’ disbursement by the government and EDMC to the sanitation workers was informed by the GNCTD’s counsel that there is serious crisis as all the funds which is collected by it goes to the Centre.

“You are pointing out that there is an error in GNCTD Act?” asked the bench comprising of Acting Chief Justice Gita Mittal and Justice C Hari Shankar.

The counsel replied: “Yes. The central government has the power on the funds collected by Delhi government.”

The bench directed GNCTD’s counsel to file written submissions and also said that a senior officer of Union of India should be present on the next date.