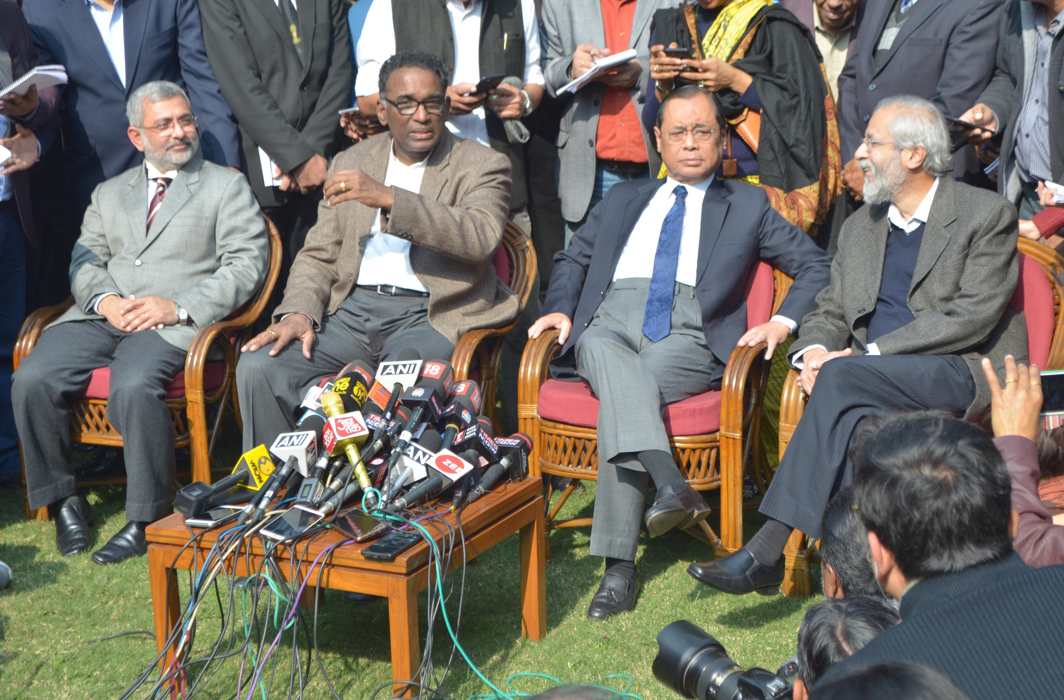 Work at the Supreme Court was normal on Monday (January 15) with all judges, including the four who had rebelled against Chief Justice Dipak Misra through a press conference on January 12 – Justices J Chelameswar, Ranjan Gogoi, Madan B Lokur and Kurian Joseph – attended to their routine work.

On Sunday there had been hectic work behind the wings with Chief Justice Misra having met a
seven-member delegation comprising members of the Bar Council of India and Supreme Court Bar Association President Vikas Singh and having assured them that the crisis would be sorted out soon.

The government, too, has come out with a cryptic remark, saying that the “storm in a teacup was now over”.

The morning was, however a bit delayed, with the top court proceedings staring, unusually, 10-12 minutes late, which is very unusual on a miscellaneous day.

One advocate, started his speech before the Chief Justice. He said: “I am saying on behalf of millions and millions of people to empower the CJI. This institution should take action against these anti-national people. This is a temple of justice. This court should decide that whether it is contempt.”

The CJI listened to him calmly, did not say anything, but just nodded an “ok”.

It was the R P Luthra vs Union of India case that the four judges had referred to in their letter to the CJI. This was about the Memorandum of Procedure and questions were raised about the assignment of cases “selectively” to preferred benches.