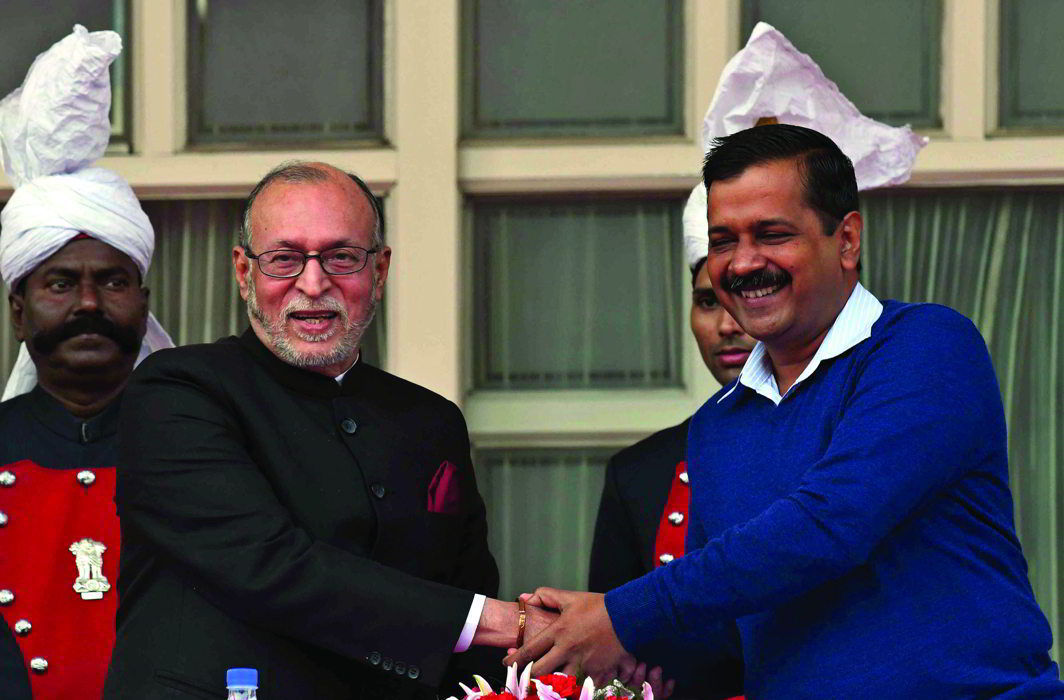 The Supreme Court constitution bench dealing with tussle between the Delhi government and the Lieutenant Governor (LG) over the separation of powers on Thursday (November 30) told the parties that it was not interested in hearing the individual cases.

The bench headed by Chief Justice Dipak Misra made clear that it wanted to decide the case on the touchstone of the Constitution and that’s why a Constitution bench has been formed. The bench also told the parties to argue on what the constitution gave to Delhi and what to LG.

During the course of hearing, Additional Solicitor General Maninder Singh submitted to the Court that while the Delhi government was allotted a bungalow for to one of its ministers, the government, through a resolution converted into a party office. “I want to quote this because this bungalow was also given (to the Delhi government) by the Central government,” the ASG said.

The ASG also added that the Anti Corruption Bureau also comes under police services. And Delhi police services are under Central Government. “Then how can they say that we are interrupting?”

The matter will continue on December 5.