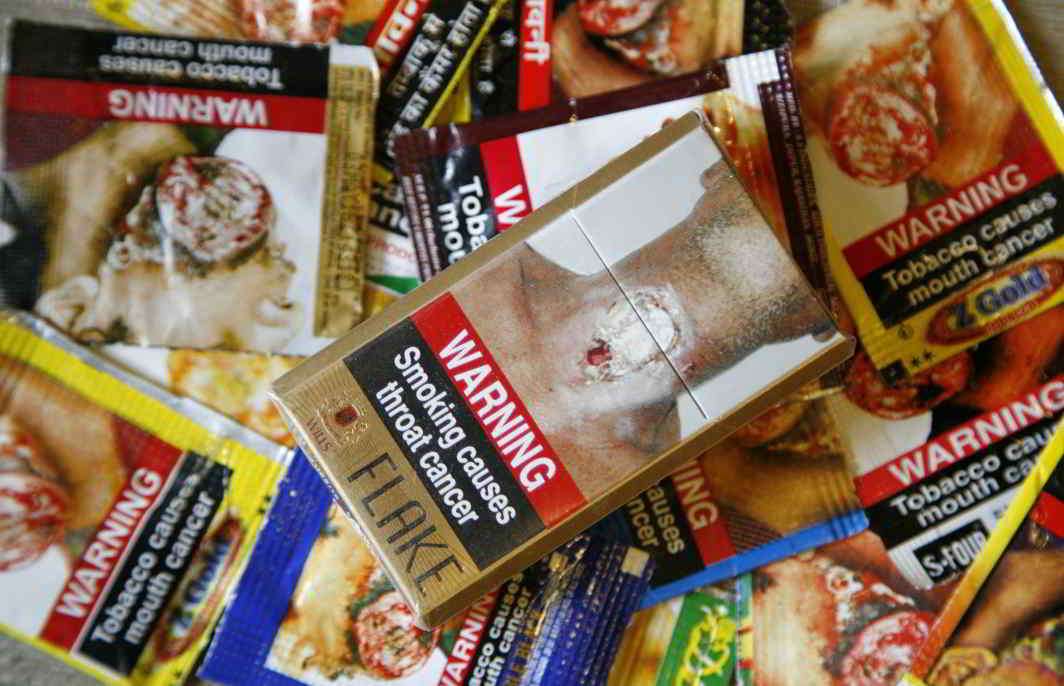 The Supreme Court on Monday (January 8) reserved its interim order related to pictorial warnings on packets of cigarettes and other tobacco products. The top court was hearing the appeal against the Karnataka High Court judgment quashing the Cigarette and other Tobacco Products (Packaging and Labelling) Amendment Rules, 2014. According to the rule, there must be 85 per cent pictorial warnings on all sides of packages of cigarettes, bidis and other tobacco products.

The Ministry Of Health And Family Welfare had issued a notification (October 15, 2014), extending the specified health warning area on a packet of cigarettes to cover at least 85 percent of the principal display area, instead of 40 percent.

Attorney General KK Venugopal on Monday pleaded in the apex court that the High Court order must be stayed. He also argued that the order contradicted the Supreme Court verdict delivered in 2014. He cited reports from WHO to validate his point of view on the need for 85 per cent coverage and also read out reports from other countries. He was supported by senior counsel Anand Grover.

Senior lawyer Kapil Sibal, however, countered, saying that there was no data to support that the enhanced pictorial warnings had the desired effect. He pleaded that the area covered with pictorial warnings be reduced to 50 percent on both sides of cigarettes packets as agreed by the Parliamentary Committee on the subject.

The Supreme Court had in the last hearing adjourned the matter for January 8 on the ground that the copy of the High Court judgment was not available.