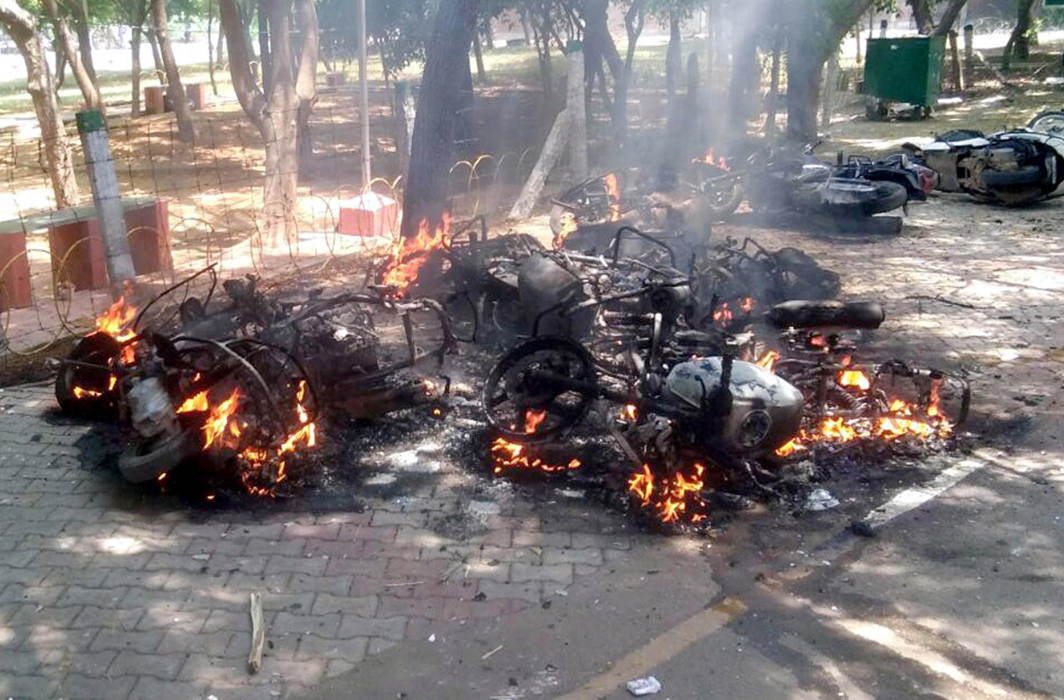 Above: Protesters burnt vehicles during a massive protest against Sterlite factory, in Thoothukkudi on May 22/Photo: UNI

The after-effects of the violence in Tuticorin, resulting from public protests over Vedanta’s Sterlite plant’s opening of new copper smelters which caused severe health hazards for the pubic and in which 12 people have so far died, mainly in police firing, have now reached the Supreme Court.

A PIL has been filed before the top court’s vacation bench by advocate GS Mani, seeking a CBI probe into the deaths by registering an FIR against the Collector, Superintendent of Police and other police officials.

The PIL has demanded compensation of Rs 50 lakhs for the dead and Rs 25 lakhs for the injured. The PIL also demands restoration of internet service in Tuticorin, Kanyakumari and other districts. The administration had ordered an internet blackout to stop its misuse by antisocial elements, spreading fear and fake information through social media.