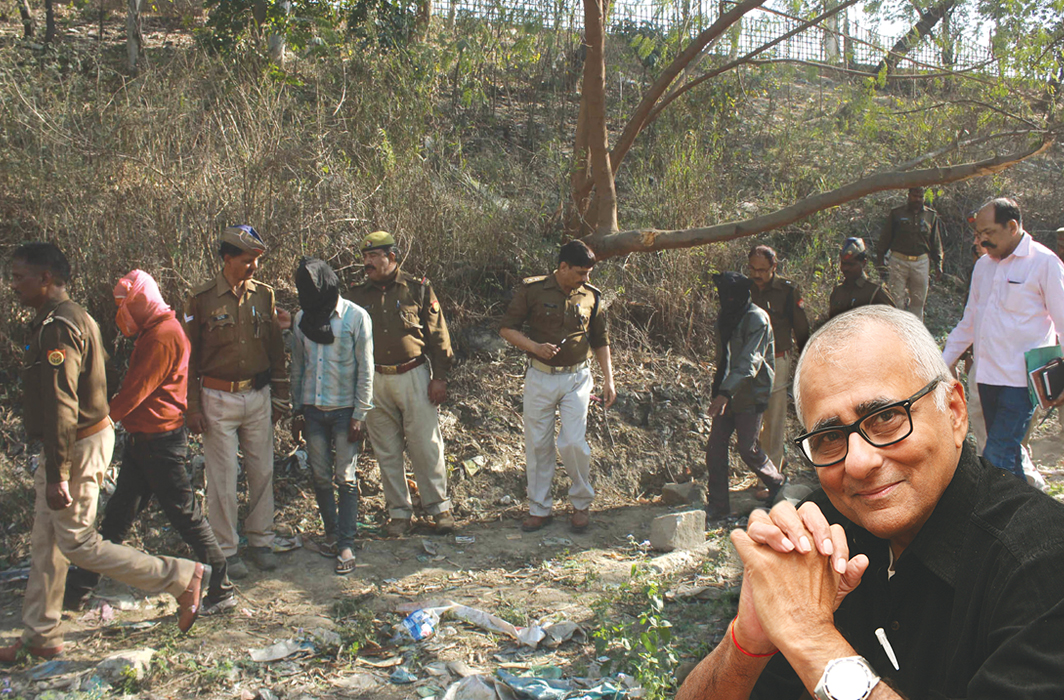 In this week’s edition, we present another thought-provoking piece by Retired Justice Kamaljit Singh Garewal who expertly dissects what the role of a prosecutor should be in the dispensation of justice. All practitioners of jurisprudence are familiar with the Bachan Singh (1982) case in which Justice PN Bhagwati issued a dissenting opinion most legal scholars memorise by heart. He quoted Sir Winston Churchill:

“The mood and temper of the public with regard to the treatment of crimes and criminals is one of the most unfailing tests of the civilisation of any country. A calm dispassionate recognition of the right of the accused, and even of the convicted criminal against the State, a constant heart-searching by all charged with the duty of punishment, tireless efforts towards the discovery of curative and regenerative process, unfailing faith that there is a treasure if you can only find it in the heart of every man—these are the symbols, which, in treatment of crime and the criminals, mark and measure the stored up strength of a nation and are sign and proof of the living virtue in it.”

The old Imperial war horse, though a def­ender of the White Man’s Burden in Britannia’s enslaved colonies in the Empire, was a staunch defender of the rule of law in the traditions of Roman and Anglo-Saxon jurisprudence as it evolved after the Magna Carta.

The Churchillian view was diametrically opposed to the totalitarian interpretation of “justice” as embodied by tyrants like Andrei Vys­hinsky, “The Devil’s Mouthpiece”, Stalin’s chief prosecutor who took a sadistic delight in sending the Soviet dictator’s political detractors to firing squads and labour camps after condemning them as the “state’s enemies”.

In recent times, India’s prosecutorial architecture has veered from a strict adherence to the rule of law and giving the maximum benefit of legal protection to the individual against the overwhelming might of the Leviathanesque state.

As a rule, India’s Attorney Generals have projected the image that the State was indistinguishable from the people of India. The State represented the people. Today, it often appears that the institution of the A-G represents the State against the people. Distinctions between the government and the State are blurred. Is this a valid observation?

Judge Garewal argues that even as an All India Judicial Service is in the works, it’s time to strengthen law enforcement by an All India Prosecution Service which is independent, impartial and accountable like in other countries.

“Criticism of any institution is easy,” he says, “but the critic must provide some useful suggestions to improve the system. A fortnight ago, readers who read my article, ‘From Crime to Punishment’ must have been left aghast at the way the criminal justice system works or does not work, leaving them utterly confused, the police sheepish, the judge with a sense of déjà vu and everyone else none the wiser. Therefore, I shall attempt, as is duty bound, to make some recommendations for reform, based on my study of prosecution processes conducted for the Punjab Governance Reforms Commission in 2012.”

And this, Garewal proceeds to do in a revealing and detailed analysis starting with the views expressed years ago by one of India’s leading lawyers, MC Setalvad, Attorney General of India, who carried out a detailed study as chairman of the First Law Commission of India, and argued in favour of separating the prosecution from the police.

“Setalvad came to the conclusion that the police exercised too much control over the prosecution. The police did not have the legal know-how to conduct prosecution and did not possess the high degree of objectivity and detachment necessary for a prosecutor. The high degree of subjectivity and attachment of the police with the case implied that the prosecutor will be more biased towards securing conviction.”

The Punjab Governance Reforms Commission is a gem of a document, no less in intellectual weight and value than the iconic Sarkaria and Venkatachaliah Commissions which made invaluable recommendations on how to make a somewhat creaky system of Indian governance work more effectively in the interest of the Indian public and less as a protective shield to perpetuate shoddy governance and selective law enforcement.

Following a historical outline of various reform commissions, Justice Garewal adumbrates a central proposition to arrive at his conclusion. He quotes a study that asks:

“Is the system fair; first in the sense that it brings to trial only those against whom there is an adequate and properly prepared case and who it is in the public interest should be prosecuted, and secondly in that it does not display arbitrary and inexplicable differences in the way that individual cases or classes of case are treated locally or nationally? Is it open and accountable in the sense that those who make the decisions to prosecute or not can be called publicly to explain and justify their policies and actions as far as that is consistent with protecting the interests of suspects and accused? Is it efficient in the sense that it achieves the objects that are set for it with the minimum use of resources and the minimum delay? Each of these standards makes its own contribution to what we see as being the single overriding test of a successful system. Is it of a kind to have and does it in fact have the confidence of the public it serves?” And Justice Garewal makes some bold recommendations which the reader would do well to study first hand in the author’s detailed conclusion (read here) rather than peruse them in this editorial as a summary.

Did you find apk for android? You can find new Free Android Games and apps.
Share
Facebook
Twitter
Pinterest
WhatsApp
Previous articleNecessity Is The Mother Of Invention, Said Chief Justice Of Delhi High Court, During Inauguration Of The Court’s Online e-Filing System
Next articleSupreme Court To Hear Plea Filed By Vinod Dua Seeking Protection In FIRs Registered Against Him