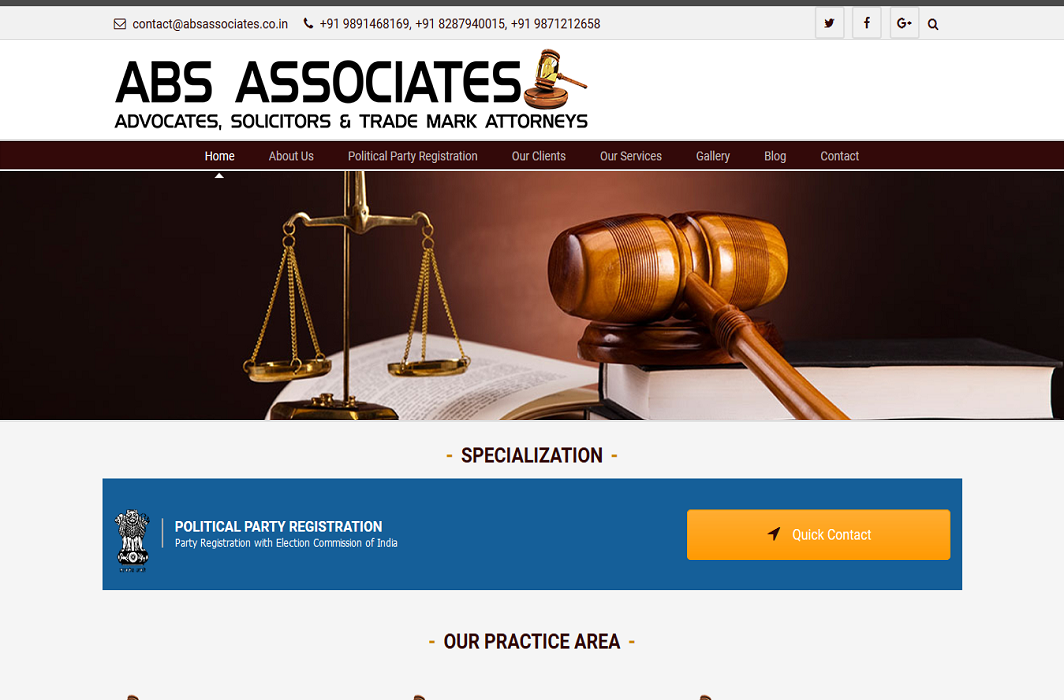 The Bar Council of Delhi has issued notice to two law firms after it received a letter from the Election Commission of India (EC) seeking action against them for advertising themselves as having “expertise in registration of political parties with the EC”.

In its complaint, the EC said two advocates, Shadab Khan and Irshad Khan, under the name of “ABS Associates”, and a third advocate, Ashish Phule, advertised themselves as having expertise in registration of political parties with the EC. They also claimed that they had registered more than 400 and 50 political parties, respectively.

“Like any work of legal nature, it would be open to any association or individual to hire/take help of any advocate/experts in the matter of registration of their association as a political party under Section 29A of the RP Act, 1951 and the advocate/firm so hired has to work within the rules made for this purpose such as Bar Council of India Rules and Advocates Act, 1961,” said the EC.

The EC, in its letter, said that registration of political parties with the EC is governed by the provisions of Section 29A of the Representation of the People Act, 1951. An association or body of Indian citizens that intends to get itself registered as a political party has to make an application in the prescribed format with the EC. The EC requested the Bar Council of Delhi to take appropriate action against the firms for violation of the code of ethics for advocates.

An advocate is prohibited from soliciting work or advertising his/her services. KC Mittal, chairman, Bar Council of Delhi, said: “We have issued a notice to them for violation of Rule 36 of the Advocates Act, 1961. As per the notice, they have appeared before us on March 15 and will be filing their reply before the next date which is April 29. We will be taking action against them if their reply is unsatisfactory.”

The Bar Council of India, pursuant to its functions under Section 7(1) of the Advocates Act, 1961, read with its powers to make rules under Section 49(1)(c), has framed Rule 36 which says: “An advocate shall not solicit work or advertise, either directly or indirectly, whether by circulars, advertisements, touts, personal communications, interviews not warranted by personal relations, furnishing or inspiring newspaper comments or producing his photographs to be published in connection with cases in which he has been engaged or concerned.”

However, the rule was amended in 2008 after the Bar Council of India (BCI) told a three-judge bench of the Supreme Court headed by Justice BN Aggarwal that it has decided to allow advocates to advertise their services on the internet. This was after an advocate, VB Joshi, in 2000 challenged Rule 36, Section IV, of the BCI rules which prohibits the legal fraternity from advertising its services.

According to the amended rule, advocates are allowed to furnish the following information on their website: name, address, telephone number, e-mail id; enrolment number, date of enrolment, name of State Bar Council where originally enrolled, name of State Bar Council where currently enrolled, name of the Bar Association which the advocate is a member of; professional and academic qualification and area of practice.

A proviso was added to Rule 36 of the Bar Council of India Rules, consequent to this resolution, which says: “Provided that this rule will not stand in the way of advocates furnishing website information as prescribed in the Schedule under intimation to and as approved by the Bar Council of India. Any additi­onal input other than the particulars approved by the BCI will be deemed to be violation of Rule 36 and such advocates are liable to be proceeded with misconduct under Section 35 of the Advocates Act, 1961.”