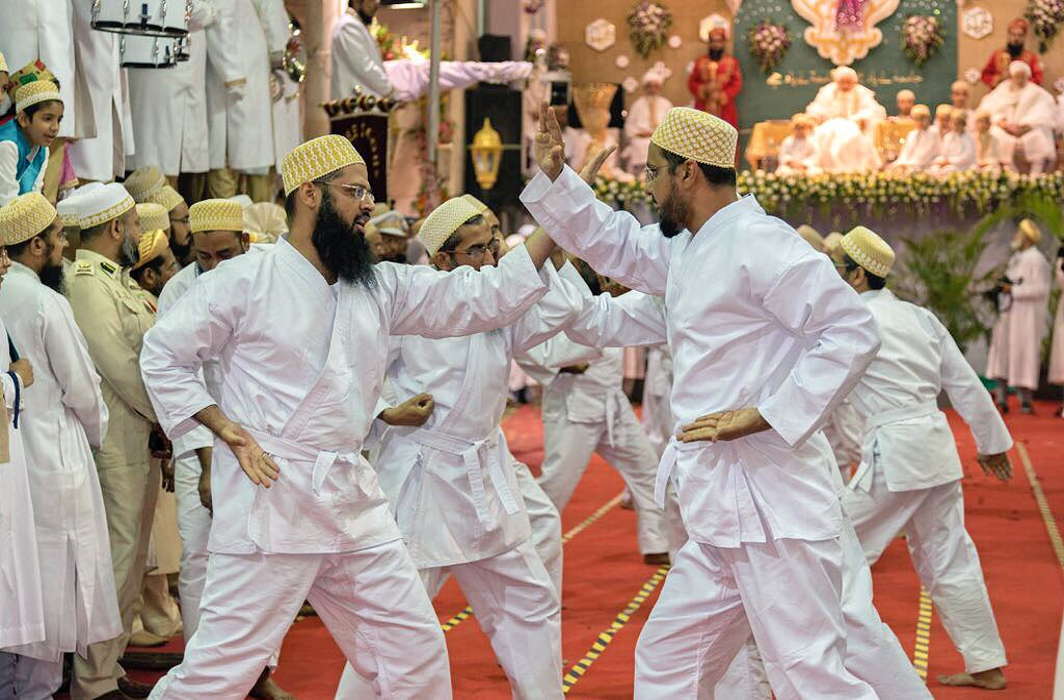 Above: By taking up the issue of female genital mutilation practised by the Bohra community, the apex court has shown that it is treading with the times

Triple Talaq, Sabarimala and genital mutilation cases seem to suggest that the Supreme Court is moving towards achieving uniformity in civil laws. Will this open a Pandora’s Box?

“If there is frontal attack on Muslim Personal Law anywhere in the world, it will survive with a tenacity.”

In 1948, a Gujarat Congress leader, KM Munshi, was the first to suggest the idea of a “piecemeal” ap-proach to achieving a Uniform Civil Code (UCC). He was a member of the Constituent Assembly and passionately held forth that such a code was not a “desired” goal, but should be “real” as gender parity, adoption, custody of children, succession rights, and so on, were not matters of religion, but should be regulated through state policy and be uniform for all citizens. The piecemeal approach he suggested was that instead of trying to impose a uniform or common civil code, the State should select issues which can be freed from religion and legislate accordingly.

That may still be the most sensible approach to achieving the goal of a Uniform Civil Code in India. The debate on this issue has played out at three levels since 1980 and especially since 2015 when the Law Commission was tasked with suggesting the roadmap.

The ruling party finds it a convenient plank to unify the supposedly “hurt” sentiments over minority appeasement of the vast Hindu majority. At another level, its visible provocation to Muslims to modernise their archaic laws on marriage and talaq has found support both inside and outside the community. And finally, on the political/legislative plank, it scores brownies for inching towards its ultimate goal of one nation, one law.

A closer scrutiny of developments in the Supreme Court in the past couple of years suggests that the piecemeal approach to achieving uniformity in civil laws may already be underway. Beginning with Shani Shingnapur, and through the triple talaq ruling, Sabarimala and now genital mutilation among Bohras, the apex court has shown that it is treading with the times. It is indicative that we may be moving inexorably towards a more uniformly acceptable code of civil laws.

There are more such petitions pending in the courts, beginning with maintenance, adoption and succession in various religions.

The incessant call for uniformity in civil laws is underscored primarily by the need for gender sensitivity. Most personal laws and religions are remarkably discriminatory towards women. Gender parity is one of the cherished goals of all modern societies. But there is a thin line between achieving what Article 44 enshrines in the Directive Principles and trespassing on what the Fundamental Rights promise by way of freedom to practise one’s own religion and the rights of minorities to live by their personal laws. While not allowing women to worship at certain shrines may, on the face of it, seem discriminatory, it is not part of any religious practice but related to a particular shrine. “It is commendable that Hindus are amenable to gender parity, but they do have the right to manage and run their own shrines just like Sikhs and Muslims,” VN Bhoi, who practises at Bilaspur High Court, told India Legal. His logic is that mosques don’t allow Muslim women and Parsis don’t include women in all post-death rituals.

There is little doubt, nevertheless, that a UCC is required to bypass patriarchal personal laws. The Law Commission under BS Chauhan has already consulted major social and religious groups. One of the main findings is that the youth view personal laws differently. More exposure to diverse opinions has meant a more homogenous consensus all around.

Keeping in mind the suggestions of various groups, including personal law boards, mullahs, maulvis, jathedars, Hindu religious leaders and such, the Law Commission seems to be veering towards a staggered approach where not everything is brought under one umbrella all of a sudden. “Even Hindus have different laws of succession in different states. For instance, succession under Mitakshara (a school of law pertaining to the Hindu Undivided Family) is different from what is practised in Kerala or Goa,” said retired IPS officer Anand Tiwari to India Legal.

The Constituent Assembly had also felt the weight of these traditional laws and so the powers to legislate on personal laws have been evenly distributed to states and the centre under the Constitution. It is most visibly felt in Goa and the north-eastern states. Sikkim recently legislated on Sikkimese women’s right to own property and share in paternal property. It is still being seen as a half-way house. Women of Sikkimese origin who marry outside their community were denied rights to paternal property. This has been corrected, but their children are still denied the right to own the same property through devolution.

Goa Governor Mridula Sinha told India Legal: “I have read the Goa Civil Code and it can be a good model for a Uniform Civil Code for the whole country.” In Goa, all Christians, Hindus and Muslims are subject to Portuguese laws of succession when it comes to property. Women have an equal share in all paternal property. Similarly, in cases of divorce and settlements, women have better rights.

Though the Goa code is often touted as a model code, it may really not be ideal as Hindus also follow their own Vedic laws which are recognised in some parts of the state. Muslims too are not bound in matters of marriage and the rights of children.

Political overtones to the UCC debate are always more visible and shrill than the fight for gender justice and rights to property. The fact that several Indian codes do not extend to Kashmir under Article 370, that Muslims are seen as opponents of modernisation and the prevalence of polygamy and contractual marriage are seen as not only regressive, but deliberately exploitative which for some reason riles Hindus.

“If maulvis agree to the model nikahnama that is being proposed by the All India Muslim Personal Law Board (AIMPLB), most of the issues relating to gender parity and divorce will be settled and courts will not have to interfere,” said an AIMPLB spokesperson. But while the model nikahnama has been in circulation for long, it has not yet found complete acceptance among the Board. Meanwhile, the Supreme Court delivered its judgment on triple talaq. The model nikahnama also suffers from other ills—couples and their parents agreeing to certain practices of Islamic faith before marriage. It remains a contract between individuals rather than providing uniformity of practice. For instance, it contemplates there being a column in the written contract where the groom agrees not to pronounce triple talaq. It would then be open to interpretation like all individual contracts and courts will have their work cut out.

Strangely enough, the central government in its submission before the Kerala High Court in the Sabarimala case had argued that “it will not have any objection to the court ruling in favour of women entering the temple if there was substantial agreement amongst a  sizeable number” of followers. The argument, though, is on paper and something which the government will not be able to veer away from when resisting religious groups’ claim that sizeable numbers do not want any state interference. The Court had ruled that it was not interested in interfering in matters of faith. The apex court later ruled in favour of women, but entry is still not guaranteed; while the Kerala government is ready to implement the Court ruling, the Devaswom Board has asked for time.

What political proponents of the UCC forget is that no religion has uniformity in all matters across India. Hindus, for instance, have reformed their personal laws to some extent through legislation like the Hindu Marriage Act. However, different practices still exist and some, like child marriage in Rajasthan or khap panchayats in Haryana, are so blasé that there is very little any legal authority can do about them. Hindus have the greatest proliferation of babas and communes who follow their own interpretation of marriage, divorce and individual rights. In that context, to single out minorities as being regressive seems unfair. Still, the goal of UCC seems achievable. However, it seems that it may not come through State legislation but legal activism and pronouncements.