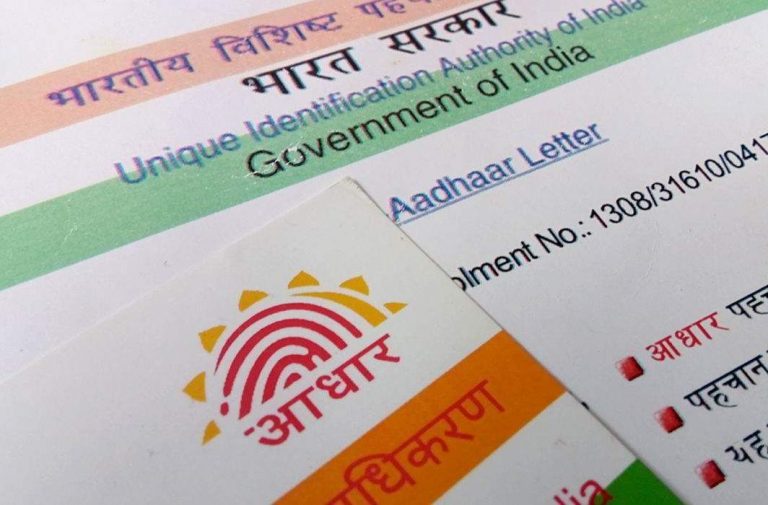 The Supreme Court Constitution Bench of Chief Justice Dipak Misra and Justices AK Sikri, AM Khanwilkar, DY Chandrachud and Ashok Bhushan, hearing Aadhaar and related linkages issue (petitions saying that it was unconstitutional), was told by Additional Solicitor General Tushar Mehta (dealing with the Binoy Viswam case) that while enrollment under Aadhaar Act is voluntary, but for the purposes of income tax, under section 139AA, enrollment under the Aadhaar Act is a compulsory provision.

The ASG then submitted a strange argument. He said: “Adhaar Act is not a mother (act). Adhaar Act and section 139AA of the Income Tax Act are two different provisions that are stand alongside with the laws of the land. Purpose for the enrollment under the former is for availing of benefits, while enrollment under the latter is to curb black money, money laundering.”

Je said that the linking of Aadhaar with Income Tax is for the purposes of curbing the menace of black money, money laundering and widening the net of income tax collection, involving those people who tend to evade the payment of tax.

Then he gave another argument which possibly remains in the region of mists. He said that when a law is made, everyone on whom the law is applicable, must follow it. However, if a group of people do not follow the law, it doesn’t mean that a separate class of individuals is created. He said that reasonableness is again a facet for proportionality

He said that Article 14 prohibits class legislation and not reasonable classification. He said the tension is balanced out by coexistence with the others and balancing of the two facets is another aspect of proportionality.

He said that the point that such a scheme like Aadhaar should be made voluntary or mandatory, can be brought into picture at an appropriate time. “Right now, the issue mainly is whether mala fide intention is attached to it or not,” he said.

He said that the statement by a former President is on record saying every penny spent on an individual, he only gets 15% of it. However, with the Aadhaar in existence, the entire money goes to the needy.” Then he said: “For the purposes of this, section 139AA comes into picture.”

He said that the scope of judicial review for the financial acts, technological and the orders under the PMLA are applicable to section 139AA. He said that there is a presumption of the constitutionality of the legislation.

He gave the example of being frisked at airports. He said that not everyone traveling by air is a criminal. He said that there was no presumption of guilt or criminality when a methodology is applicable uniformly.

Justice Chandrachud said that the level of proportionality may differ, pertaining to case to case. “A fiscal crime would satisfy the same level of intrusion as any other offence?”

Mehta said that those who are not offenders, are not even being troubled, referring to the tax evasion case wherein an amount of Rs 33,000 crore of tax has been evaded.

He said that if the legislature were to decide when my right to move my wrist ends, then that would be legislatively disproportional. He said that any legitimate state effort is enough, while the standard of proportionality may differ.

Then he referred to Section 12 of the PMLA. Section 12A, he points out, is access to information. This is an amended provision inserted in 2013. Section 73(j) was another inserted provision, in 2013. The banks were mandated to verify the identity of their customers.

He also referred to section 10 of FEMA which defines an authorised person.

He will continue tomorrow.