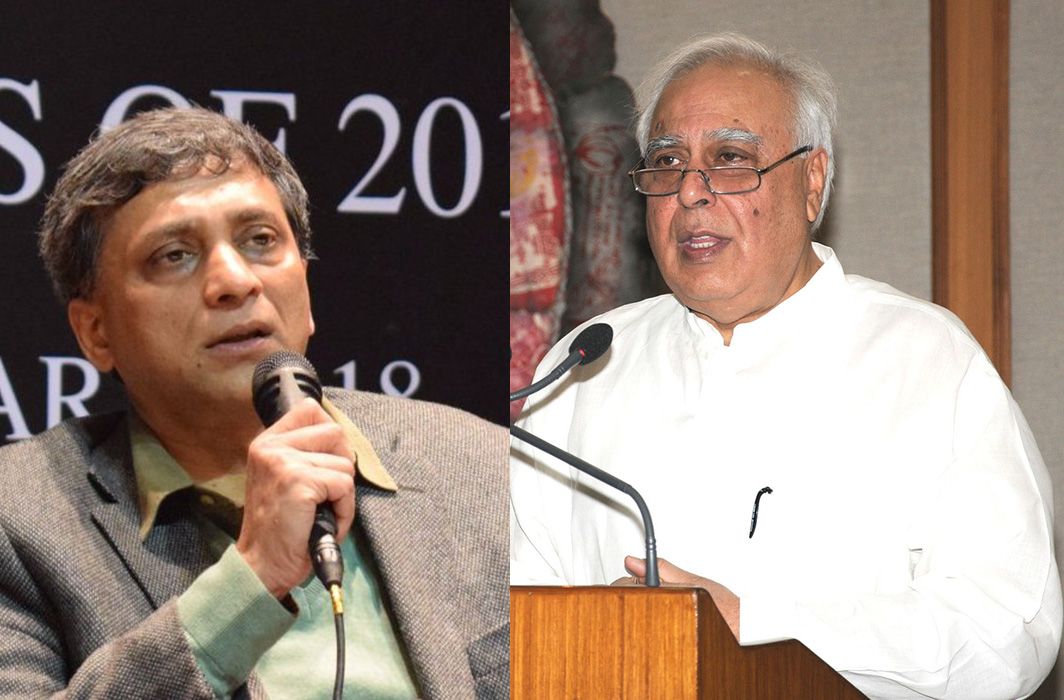 The hearings on Aadhaar and its various linkages and privacy and security issued attached to them resumed before the Supreme Court constitution bench of Chief Justice Dipak Misra and Justices A K Sikri, A M Khanwilkar, D Y Chandrachud and Ashok Bhushan on Tuesday (February 6).

Arguments started a little before lunch.

12:08 pm: Senior counsel Shyam Divan, who is handling a number of applications, continued his arguments. He showed the court a page in which a list of deaths was given. All these people died because they did not have Aadhaar. Thereafter, he read out problems faced by citizens who have not been able to link their Aadhaar to several services.

Justice Sikri intercepted, saying: “We will consider these examples after listening to the legal background of this.”

Divan replied: “I am just giving a summary of problems which arose because of Aadhaar.” He said there are two major reasons why he was reading these documents. They are:

He said: “Kindly see the dignity of citizens. Article 21 is being infringed because of Aadhaar. The people who are disabled, who are old, who are not able to go for formalities… how can this happen to them? Their healthcare is also affected due to this.”

He said that these things also happened when fingerprints didn’t match.

Justice Chandrachud commented that can happen because of poor internet connection. Then he made an important observation. He said: “Aadhaar is the ground of financial misuse. That may or may not be permitted by the constitution.”

Senior counsel Kapil Sibal said: “A report was published in the Indian Express where it was mentioned that people are not able to do business because their Aadhaar numbers are not linked with their businesses.”

Divan said there are two affidavits which are in compilation. It indicates about the right to control which includes every citizen. He read an affidavit in which a person says why he does not want to register himself with the Aadhaar platform.

Divan said that these affidavits were adding a different dimension. Then he read an affidavit by a computer entrepreneur on the problems he faced because of Aadhaar.

He also mentioned that the problem is also faced during the filing of ITR. He said: “Why should I trust the platform which is totally unsafe?”

Justice Chandrachud asked whether the UIDAI is supplying the documents (which have been leaked) or are they stolen?

Divan replied because a third company is managing the documents and database, it is becoming unsafe. “I am not blaming the UIDAI, but information from the database has been leaked several times.”

12:59pm: Divan said: “While creating the database, the data was also being saved at some other places. They are:

“These are places where such data is easily compromisable. These are the security reasons why people are not ready to register themselves with Aadhaar. They don’t want their personal identities compromised.”

Divan submitted a two-day-old a news report. He said: “I don’t have an affidavit regarding this, but my lords can take it as an example of the affidavit which I read regarding the entrepreneurs.

“Consider this as a hypothetical condition. Now I am showing a completely different dimension. The document on page 64 is a report of a newspaper which happened in Uttar Pradesh when hackers including 10 accused were arrested. They had chemically made artificial fingerprints of persons. They used this for making forged Aadhaar cards. They made it in Kanpur, Devariya and Kushinagar.

Divan submitted that it was very easy to make a clone of fingerprints and this happened because of lack of security. “And now why should I register myself in these type of databases which are not secure?”

He submitted that as of November 15, a total of 6 crore 23 lakh fingerprints have been rejected because of biometrics duplication. He said this was happening because of database expansion. “As the database expands, the rejection rate is also increasing. And now people who genuinely require this, are not able to register themselves for Aadhaar.”

Then he gave an example of a school where the attendance system was attached with the online portal of the Aadhaar system. There are total of 230 girls in school but only 120 attendances were marked. This happened because some of girls were not registered on the database and some girls were rejected by the database. This system is accepted because of mid-day meal in schools.

He then read from an article that had been published by a foreign university.

He said: “Are we living in a stage where we are being forced to give our personal identity? Sibal mentioned previously about a cab service running with the help of biometrics. This will be so unsafe. In a digital world, this will be very harmful for us and for national security.

“My second submission is about trust. The Aadhaar is being connected to all the services of the state. The trust which exists between the state and citizen will break down if it happens.

“The third major key was on ultra vires and rule of law.

“The two major aspects that remained were of surveillance and security. Look the domination that a state is having on its citizens in a democratic society.”

That concluded Divan’s submissions. While leaving the court the CJI said that a total of 42 volumes of handwritten notes had been submitted by Divan.

He state that this was a matter of far reaching consequences as the Aadhaar number will be used by generations. “It will have huge implications in politics,” he said. “We are living in a digital world.

It’s hard to figure out what’s real and what’s not. What’s going to happen tomorrow no one knows, neither the bench nor the experts, such is the power of technology. The most powerful tool is information. One who controls data will rule. Hence the state will exercise power like never before.”

He also pointed out that: “Every technology can be hacked. If power has such great significance, brick walls need to be created, otherwise data will be hacked.

“As of technology, there is no technology in the world which has not been misused. The same technology can be used to create and destroy. Personal information of an individual once hacked cannot be retrieved. And it is important because of its ramifications. If you are an Aadhaar holder there will be transfer of account details. Fingerprints twice taken can be easily misused. Also, the more you know about people the more you can customise your product for economic gains. We have become toys of fingerprints.

“The questions to be decided are what is the government trying to do and how the individual is being protected. I have no other entity but Aadhaar? What about article 21 which entitles an individual to choice? Choice is the soul of our constitutional rights, but here the state tells us that we have no choice. You can enjoy services only through Aadhaar.

He supported Divan’s submission and stated that the whole procedure is wrong as there are no checks in taking Aadhaar details. My identity has nothing to do with my status. My entitlement such as for a widow, SC/ST etc. That’s my status and it is not related to my identity. How can my status be denied on the ground that I don’t have an Aadhaar number?

“How can I be denied my entitlement which I confer as a right by virtue of my status, for the want of my identification? Identification and entitlement are two separate issues

“The DPSP provided under part 4 of the Constitution provides that the state has to take care of the security of state, and people. It is a big problem for poor and rural people where there are no digital facilities. Money is not the criteria.

“The digital world is easier to be manipulated as compared to physical world,’’ he said.

He said now 1.3 billion is the market for big corporations “The more they infringe, the more they know about us and more profit for them.”

Then he referred to the Aadhaar Act, 2016. He said Sections 3 and 7 were being emphasised upon. About Aadhaar number, he says my entitlement is Aadhar number. As a condition you are required to undergo authentication. Section 57 is totally unconstitutional.

Justice Chandrachud said that this section is confined to subsidy etc i.e Nexus is in relation to consolidated funds. As far section 7 is concerned, test of constitutionality must be looked into.

He gives a hypothetical example that if the state has the power to mandate Aadhaar at all services then where is the use of consent and choice?  We are heading towards a system of no preference and no choices.