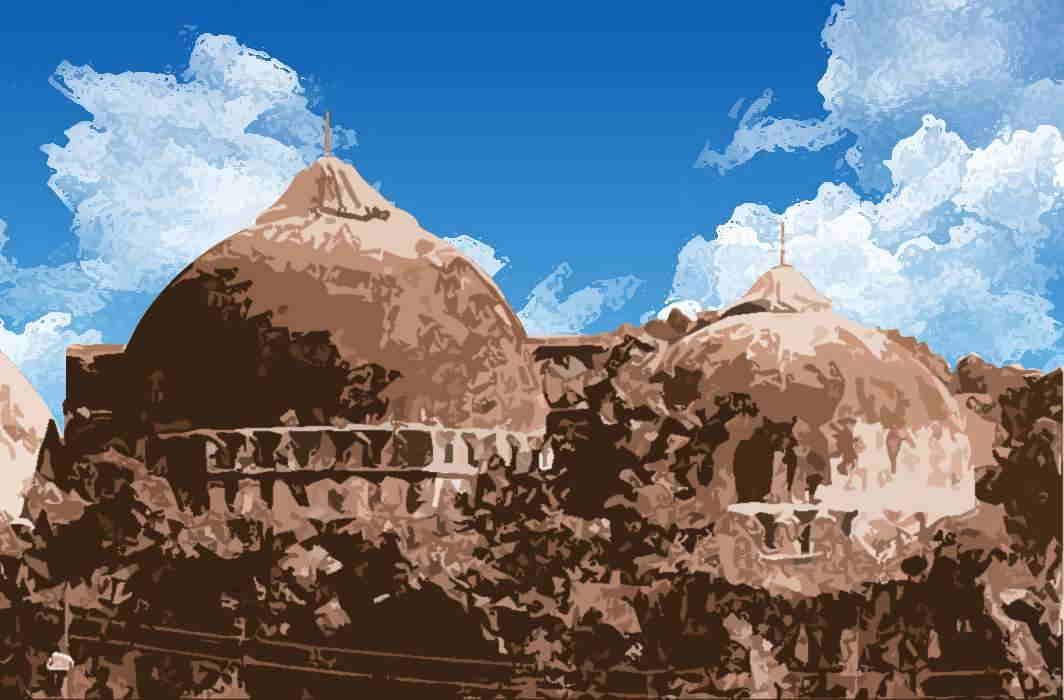 The Ayodhya land dispute cases are being heard by the Supreme Court bench of Chief Justice Dipak Misra and Justices Ashok Bhushan and S Abdul Nazeer. The bench had made it clear that it will not be allowing the mixing of politics and religion in a case that it will treat as a land dispute, no more. The issue is about Ram Janambhoomi and the Babri Masjid land.

Even as the bench sat on Friday (April 6), some senior lawyers started arguing over seating arrangements in court. The main argument was between senior advocate Rajeev Dhavan and Additional Solicitor General (ASG) Maninder Singh. Justice Bhushan tried to calm the two, but failed.

The CJI said that the “arrangement of the seats in this court has been like this for long. The counsels arguing have to leave their seats.”

One senior advocate complained that while he is one of the respondents he doesn’t have a seat. Counsel Ejaz Maqbool said there should be more seats. Another rift between Dhavan and ASG Tushar Mehta started.

Dhavan said: “This is complete nonsense.”

To which Mehta said: “At least he should have regard for his age.”

Dhavan said: “This is the most important face of the Indian society, more important than polygamy. The shadow of Ismail Farooqui has fallen on the Lucknow bench. This case is going to shake some way or the other. In 1194, a Hindu party wanted to build on the outer area, not the inner. If a narrow point is to be accepted by the bench, them why was a similar case taken up and referred to a larger bench? The court is not dealing with the issue with the importance it deserves.”

Mehta argued: “A few elements have now started to argue matters in such a manner so as to vitiate the proceedings. Babri Masjid was decided in 1994. Justice Kripal then said every argument is very important. Is polygamy more important than this?”

Dhavan countered: “He is doing exactly what he wants to — interrupt people while arguing and garner the limelight.”

Dhavan continued: “The entire nation should know what the lordships want. The media is here, it will be easy to tell the entire nation at once. This is a clear emphasis on the fact to scare everyone that the media is here. I am here completely for justice. I have to take you through a lot. I want people of India to know why this issue is so important.”

While submitting the compilation of orders of court of 14th, 23rd, March 26, and April 2, Dhavan said that he is concerned with justice.

Further citing the Ismail Farooqui judgment, and the take of the Lucknow bench in the case, Dhavan said:  “On March 14, everyone came here to argue the case on merits because in December it was said that the case would be referred to a concerned bench and will be taken up later if necessary.”

Senior counsel Raju Ramchandran said that they both needed time to collect arguments and evidences to support it while another counsel said that: “On March 14, court assembled and everyone was ready to argue on the merits of the case”.

Ramchandran said: “And it was decided that the case will be referred to the larger bench.”

CJI Dipak Misra said: “The issue brought up in the Ismail Farooqui case will not be decided upon by us just like that.”

Referring to the three judges cases, the counsel for the respondent said that the bench should be of seven or more judges. Dhavan reiterated: “There were three arguments made and when any case involves a substantial question then it is always referred to a larger bench.

“If your lordships do not consider this matter is that important, then I will impress the court with my arguments to refer this to the constitutional bench.”

Senior counsel for the respondents said: “Are we going to decide such a case via question answers?”

Dhavan said: “If a question is being asked to me, I will answer that. This matter was in trial court earlier where it was dismissed by the judge in November 2016 as the suit was not maintainable against the president as he has immunity. At that time Pranab Mukherjee was the President of India.”

“In the Farooqui case you have the liberty of time to explain it to us,” the CJI told Dhavan.

Dhavan said: “I am not a master of dramatics.”

He submitted a few arguments that are already before the court out of which one involves immediate action. He said he didn’t want to complicate things or wanted any judgment that could vitiate the purpose of the arguments.

Dhavan made a reference to page 83 of his submissions. He mentioned the demolition of the Babri Masjid and its aftermath.

He explained the structure and gave a bird’s eye view of the issue concerned. He defined the word “area” for the purposes of the property concerned. Then he said: “One word in a statute can have different meanings in different contexts.”

That started another rift between Dhavan and Mehta. Justice Bhushan asked Dhavan to ignore them. Dhavan refused and said: “Why should they talk in the first place?”

Back to the case, he mentioned Section 4(3) of the Act and read out section 3. This is related to the managing  of the property vested with Central government.

“No extra mention was required to maintain the monument. The act itself says so,” said Dhavan.

He said: “In the white paper the opinion of the central government is mentioned regarding negotiations. There are arguments of the Muslim community that the property belongs to them.”

He then referred to the case Maharaj Singh vs State of UP.

He mentioned the Ismail farooqui case again, stating that the facts were favouring the Muslims. “I have submitted the facts now.”

He also said that the entire judgment was misleading. The Muslims did not pray for a period of time.”

He said the miscreants who destroyed the mosque had no religion. Maybe Hindu, but they are of the criminal Hindu community. He also questioned the validity of Sita ki rasoi established there. He questioned the ideology of the then CM Kalyan Singh.

The matter is again listed for April 27.