The Bar Council strongly criticized the violent incidents in the capital and emphasized punishing the miscreants. It has also been said the farmer leaders failed to keep their promises made to Delhi Police. 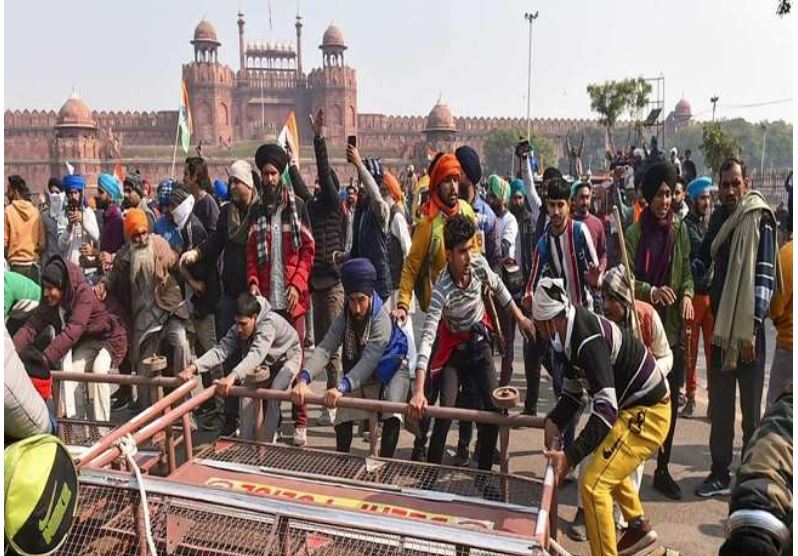 The Bar Council of India has condemned the violence and disturbance that took place during the tractor rally organized by farmers on Republic Day.

In its press release issued on Wednesday, the BCI said,

“What the miscreants did by entering the Red Fort complex symbol of pride, respect and sovereignty is unforgivable. All those responsible for this should be identified and punished.”

The Bar Council strongly criticized the violent incidents in the capital and emphasized punishing the miscreants. It has also been said the farmer leaders failed to keep their promises made to Delhi Police.

The miscreants attacked the police and paramilitary personnel deployed with rods, swords and sticks. They then broke into the Red Fort complex with tractors. There is no part left here that has not been damaged. The checking and ticket counter entrance, chair with metal detector gate, table, fan, computer and office have been destroyed, the press release said.

The miscreants used rods and sticks on computers, chairs, tables, air conditioners, cupboards kept in the CPWD office, breaking windows and doors. The CPWD officials claimed the miscreants also looted belongings from the office. At the same time, the preserved dome located above the ramparts of the Red Fort has also been broken, alleged the press release.

It is to be noted that the security of the Red Fort has been increased after this disturbance. Under its protection, more than 5,000 security personnel have been deployed inside. Along with Delhi Police, there are paramilitary personnel of ITBP, BSF, CAPF and RAF. Top officials are also constantly considering the situation.