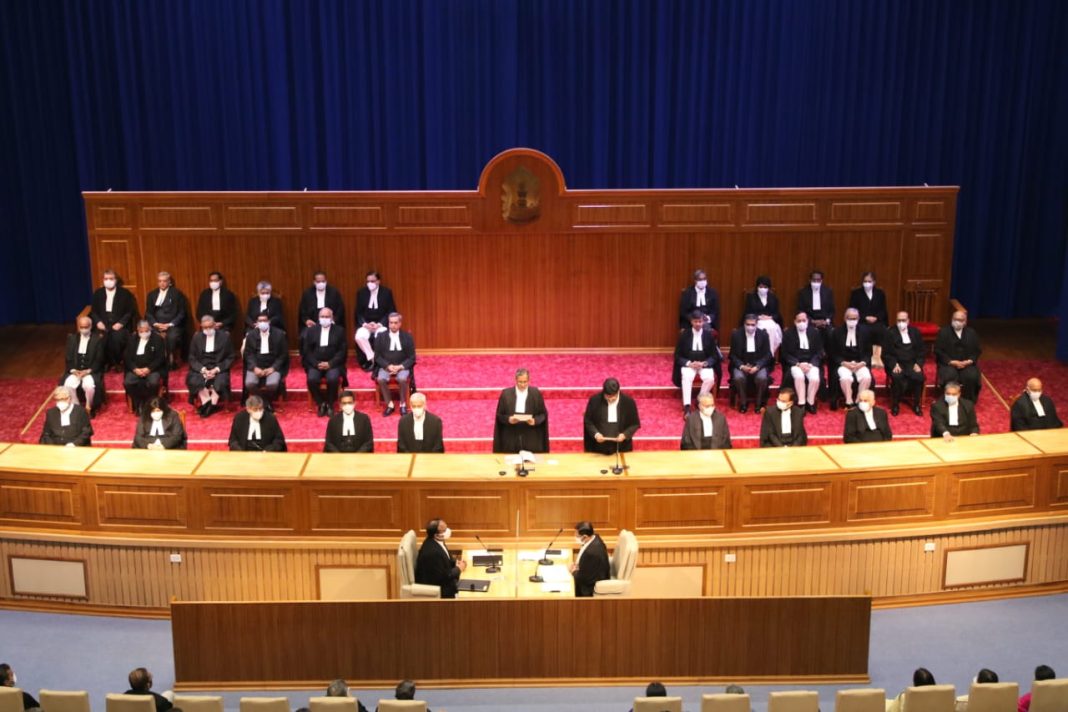 Justice Sudhanshu Dhulia and Justice J.B. Pardiwala were sworn in as Supreme Court judges today in a swearing-in ceremony that took place today.

Chief Justice of India Justice N.V. Ramana administered the oath of office to the new judges in the auditorium of the Court’s Additional Building Complex.

The new judges will now be part of the Supreme Court strength that has become 34 judges. They will take charge from today.

The Supreme Court Collegium on May 5, 2022 had recommended the elevation of Justices Sudhanshu Dhulia and Jamshed Burjor Pardiwala as Supreme Court judges.

The recommendations were made by a 5-member Collegium headed by CJI N.V. Ramana.

With the appointments of Justice Dhulia and Justice Pardiwala, the court shall function at its full strength which will add to the efficacy and better functioning of apex court. This would ensure more cases that can be heard and sought.

Though the arrangement of complete strength in Supreme Court is met currently, the Court is destined to see more vacancies soon, with the retirement of Justices Vineet Saran and L. Nageswara Rao on May 10 and June 7 respectively.

The retirement of Justice A.M. Khanwilkar is on July 29, whereas CJI Ramana will be hanging up his boots in August. Justice Indira Banerjee would retire in September whereas Justice U.U. Lalit will be retiring in November.