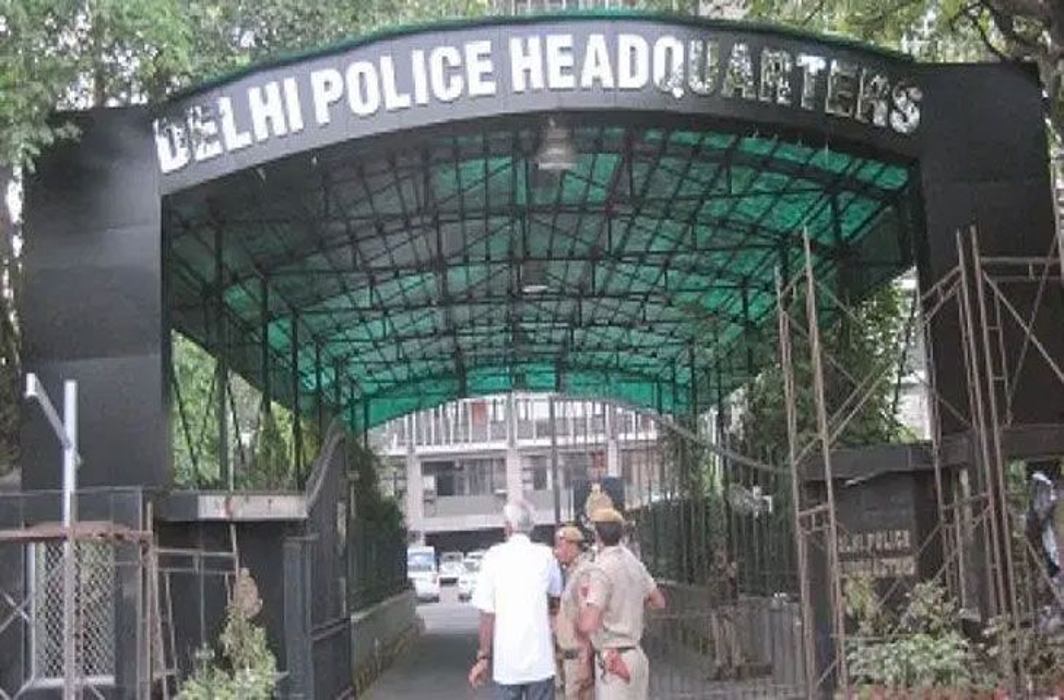 Thousands of Delhi police personnel gathered outside the force’s headquarters today at ITO to protest the violent clashes between cops and lawyers at the Tis Hazari court complex in the national capital on Saturday. Several policemen and lawyers were injured and vehicles vandalised following an argument triggered over the parking of a private car by a lawyer.

The clashes were followed by an attack on a policeman by a group of lawyers outside the Saket district court on Monday. A video of the attack shows the cop on a bike being assaulted by the lawyers.

A judicial inquiry was ordered by the Delhi High Court on Sunday into the Tis Hazari court violence.

Policemen in uniform and plainclothes sat on the road outside the headquarters and traffic had to be diverted. They held placards that read “We are human in police uniforms” and “Protectors Need Protection”. Slogans like “we want equal justice” were heard as several senior police officers requested them to get back to work.

“Our morale is down. We aren’t protesting, this is a silent movement to demand equal justice,” sub-inspector Abhishek said.

“We have to behave like a disciplined and responsible force. The government and the people have expectations from us. We have to protect the law. We will conduct a fair probe into the recent incidents of violence, but we expect all of you to be patient,” Mr Patnaik appealed to the protesters.

A woman personnel, who was holding a placard that read “we want equality in justice”, told news agency ANI that she fears for her safety and demands that the law must treat them as “equal citizens” of the country.

“Law is equal for everyone and we must also be protected by the law. We have gathered here to peacefully underline our concerns. It’s not a one-off incident, this has been happening, but all such incidents are never acted upon,” she said.

“Once my police uniform used to motivate me to work,” she added, “but today, I am too scared to walk out in this uniform. How will I protect the public if I myself feel so scared?”

The wife of a sub-inspector, who had also joined the protest, asked why should her husband step out of the house to save others when the protectors themselves aren’t safe. “Why have they worn the uniform? To be heckled and assaulted? The authorities should devise policies for their safety. If the police personnel aren’t safe then how will the general public feel safe?” she said.

However, the lawyers claim they have been unfairly targeted by the police and alleged members of their group were injured after the police opened fire.

“The circumstances in which one of the lawyers suffered a bullet injury is being investigated,” a Delhi Police statement had said.

The lawyers had planned a one-day strike across all district courts in Delhi but the Bar Council of India (BCI) called it off following the Delhi High Court’s orders.