Additional Sessions Judge Amitabh Rawat said, "There is a disturbing trend about the reporting of the exact contents of the charge-sheet before cognizance is even taken or counsels for the accused are provided copies of it 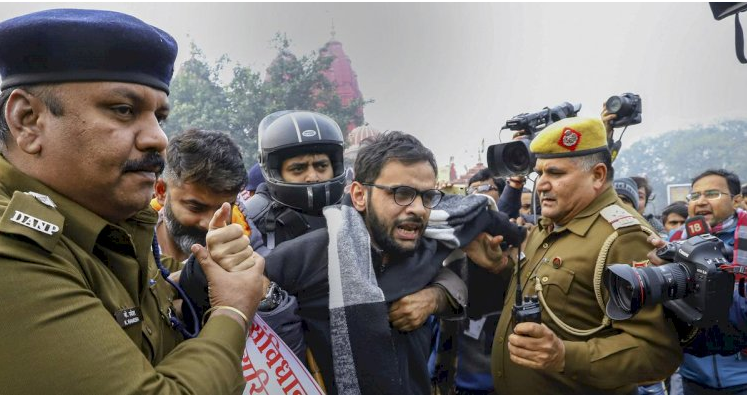 A Delhi court on Tuesday expressed displeasure at the media coverage in the case relating to the larger conspiracy that led to the violence and riots that broke out in North-East Delhi last year.

Expressing his displeasure at the leak of a chargesheet on which cognizance wasn’t taken, Additional Sessions Judge Amitabh Rawat said, “There is a disturbing trend about the reporting of the exact contents of the charge-sheet before cognizance is even taken or counsels for the accused are provided copies of it.”

“It is one thing to report generally about the charge-sheet but quite another to reproduce it as it is and thus, obviously, the question of leakage would arise. This is grossly unfair and unjustified and the court expects that it would not occur in future,” the court noted.

The observations were made while the court took cognizance of the offences of sedition (Section 124A) and promotion of enmity between groups (Section 153A IPC) against all 18 accused in the case relating to the larger conspiracy that led to the Delhi riots.

The Court took cognizance of these additional offences on the basis of sanction received under Section 196 of the Code of Criminal Procedure.

Commenting on the recent media coverage and the allegations that the police leaked the information, the court said, “…in my opinion, there should, at least, always be a disclaimer when reporting, whether it is the version of the police or the accused instead of presenting as if it is the order of the Court. Labeling the police as completely unfair or the accused as a convict itself, is not a healthy sign and which impacts the process of criminal justice system.”

It further added that media reporting particularly on the social media remains charged all the time. “Media is free to cover the stories but they must also be conscious of remaining careful and objective in their approach,” the judge noted.

Former JNU student leader Umar Khalid told the court, “On the anniversary of Delhi riots, there are press reports with our photographs and titled as ‘Delhi Dango Ke Bade Gunehgaar’.”

“Which court of the country has convicted us?” Khalid asked while adding that this is not even media trial it’s imputation.

Further, accused Asif Iqbal Tanha, appearing through VC from the jail, said, “We are bearing the consequences of the media reporting inside the jail.”

“We are discriminated and even proper medical treatment is not given to me. We are called like Yeh Danga Karke Aaye Hai…,” he added.

Khalid Saiifi, appearing in person, also said that he is unable to understand the charges against him. “They say I was a part of the protest. They are making serious allegations against me for being a terrorist Because my name is khan, they (media) are saying I’m a terrorist,” Saifi submitted before ASJ Rawat.

The same court in November 2020 had accepted the supplementary charge sheet and said that there is sufficient material to proceed against accused Khalid, Imam and Khan for offences under provisions of UAPA.

More than 750 cases were registered in the northeast Delhi violence, in which at least 53 people were killed and several others injured. So far, over 250 charge-sheets have been filed in the riots-related cases in which 1,153 accused have been charge-sheeted.

Earlier on Monday, the Delhi High Court pulled up Delhi Police over the vigilance inquiry carried by it in relation to the leakage of a disclosure statement of one of the accused Asif Iqbal Tanha.

A single judge HC bench presided by Justice Mukta Gupta yesterday described the probe report submitted before it “half-baked”, “a useless piece of paper”. The court also asked the Special Commissioner of Police (Vigilance) to appear before it on March 5.

It said that such leaks need to be controlled for “fairness” to the accused and for “purity of investigation”.

“I will say this is a useless paper and rather it is contempt of court that this court had asked for a proper inquiry to be conducted on your own statement where you thought it was a matter of national importance and you were also aggrieved that your investigation papers have been leaked… and see this vigilance inquiry.”

“This vigilance inquiry is worse than even a routine PG (Public Grievance) Cell inquiry… what they do in an ordinary theft case,” observed the court.