Residents of Delhi face severe air pollution as a result of which their respiratory systems have deteriorated, needing medical oxygen. 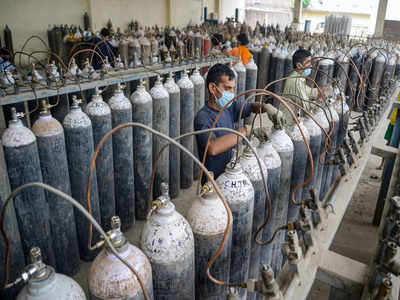 A petition has come before the Delhi High Court which has sought directions to the Lieutenant Governor and the Delhi Government to frame guidelines for hospitals to create an Oxygen Master Plan and install oxygen plants in every hospital.

The plea, filed by Jaswinder Singh Jolly, through advocates Naginder Benipal and Harpreet Singh Hora, submitted that this will help save more lives. The High Court bench headed by Chief Justice D.N. Patel and Justice Jasmeet Singh asked the petitioner to make a representation to the National Task Force constituted by the Supreme Court.

The bench of Chief Justice Patel and Justice Singh heard the matter through video conferencing. Justice Jasmeet Singh said: “Recently the Hon’ble Supreme Court has constituted a national task force for the same to look into the issues like this.” With the directive, the court dismissed the petition.

The petitioner submitted that the self-reliance of hospitals having their own oxygen supply chain in the form of oxygen plants on lines of hospitals in Indore, West Bengal, Commonwealth Covid Care Village (Delhi) is imperative to prevent largescale loss of life which has happened in Delhi during the Covid-19 pandemic.

The petitioner submitted that medical oxygen is critical to treatment of Covid as well as non-Covid patients. The entire available capacity of oxygen is used for supply for industrial and medical use, which is in the form of Liquid Medical Oxygen. The major suppliers for both industrial and medical oxygen are steel plants in the public and private sectors and private entities and the hospitals in Delhi are completely dependent on those external entities for their oxygen and are not self-reliant as on date.

It said that the state of Delhi is not “Oxygen rich” in terms of medical oxygen as the same is not produced evenly in India. Some states are oxygen producing States such as Maharashtra, Rajasthan and Jharkhand, but the state of Delhi does not have production capacity and rely on supply of oxygen from oxygen producing states thereby such guidelines and mandatory provisions are necessary to prevent any loss of life in Delhi’s hospitals in the present as well as coming future.