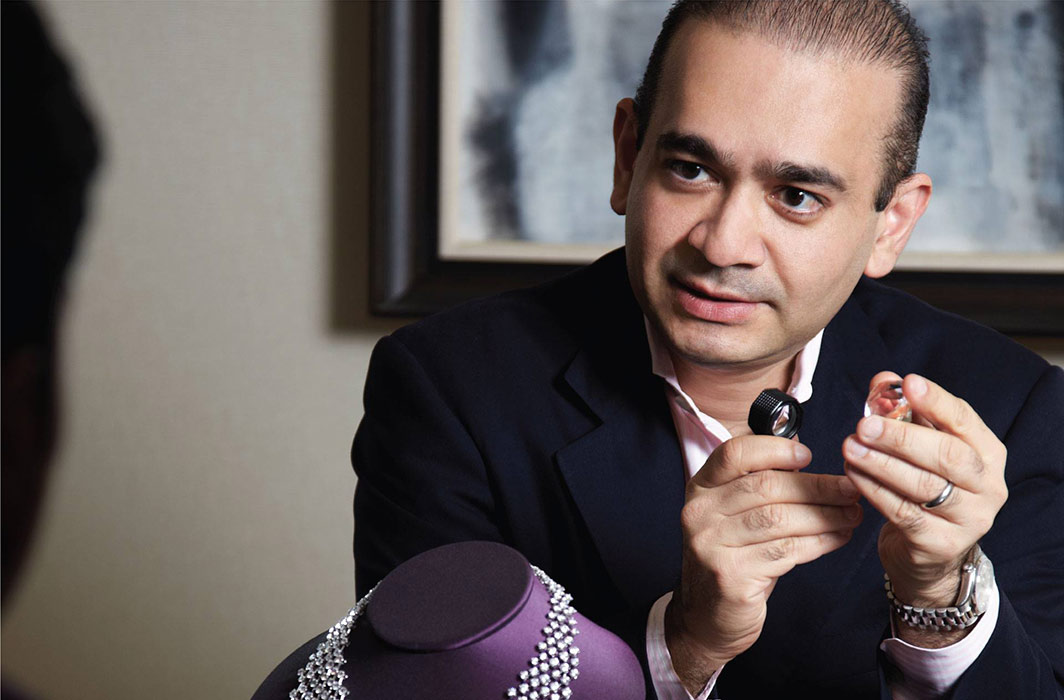 Fugitive businessman Nirav Modi was arrested in London on Wednesday, two days after an arrest warrant was issued against him. News agencies said that the diamond dealer who has been on the run for the last several months was scheduled to be produced before a court in London.

The warrant was issued against Modi, the main accused in the PNB scam case, in response to an Enforcement Directorate (ED) request for his extradition in a money laundering case.

The ED and the Central Bureau of Investigation (CBI) are investigating Modi, his uncle Mehul Choksi and others for alleged money laundering and corruption to perpetrate the alleged scam in the Brady House branch of the PNB in Mumbai that was unearthed in early 2018.

Modi, 48, is currently living in a three-bedroom flat occupying half of a floor of the landmark Centre Point tower block in London, where rent is estimated to cost £17,000. In recent days, both Indian and British media have tracked him down and even followed him but he has been steadfast in refusing to say anything. All question are met with a “No Comment”.

He has been chargesheeted by both the agencies and the ED has also attached his assets worth Rs 1,873.08 crore under the Prevention of Money Laundering Act (PMLA), and has also seized assets linked to him and his family worth Rs 489.75 crore.

The legal procedure of extradition of an accused takes its own time and Indian investigators, both from the Central Bureau of Investigation (CBI) and the Enforcement Directorate (ED), are tracking the case, the sources said. It was less than a month ago that a Loncon court decreed that fugitive business and former liquor tycoon Vijay Mallya could be deported top India. The former liquor liquor tycoon is appealing.