Does ‘Right to Education’ exist in India ? 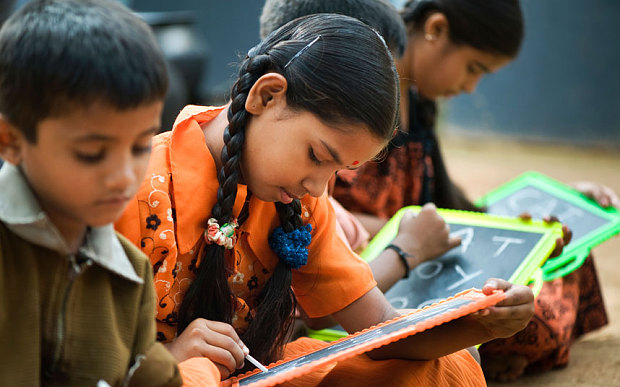 When it comes to ensuring better education for everyone, even the Hon’ble courts have failed to ensure that. Allowing private colleges and universities to charge development fees during lockdown, what is the logic behind it? Even these institutions did not pay the proper salaries to their teachers and employees but took full fees from the students.

Private institutions are only for profit-making, ensuring better education comes secondary, the primary is profit-making. The government and Courts both are failed to ensure the very purpose of the “Right to education”.

Right to Education was initially a directive principle of state policy and hence was unenforceable in nature. Subsequently, through judicial pronouncements, it was held that education is an integral part of a dignified life under Article 21 of the Constitution. It thus became enforceable in nature.

Right to Education received legislative legitimacy in 2002, when the Parliament inserted Article 21A to the Indian Constitution through the Eighty-sixth Amendment Act. It said to provide free and compulsory education to all children in the age group of six to fourteen years in such a manner as the State may, by law, determine. In 2009, the Parliament took another step to fortify the right by enacting the Right to Education Act, 2009. The Act extensively discusses the rights of the citizens and obligations of the state with respect to Right to Education.

In the early days after the nationwide lockdown was declared, and after schools began conducting online classes, several state governments including those of Punjab, Haryana, Rajasthan and Uttar Pradesh announced relaxations in school fees.But, parents of students continued to receive fee statements from schools despite such government orders. They also faced many instances of harassment as schools enforced payment of increased fees amid the pandemic. The Courts also did not support these parents by attacking such schools and colleges. Even, the Supreme Court recently announced that parents will have to pay full fees to the schools of the schools during the pandemic period.

Since lockdown An NGO named Justice For Rights Foundation raised voice against it and also filed PIL in Supreme Court and High Court but unfortunately got dismissed.

Courts have favoured the private schools, colleges and universities stating that such private unaided schools have no source of funds apart from school fees. Because of this, they have adopted a liberal approach, holding that such fee amount shall not be waived or drastically reduced merely for the reason of classes being conducted online. This is a gross violation of the Right to Education of students who are financially unstable to continue studying.

In this hard time, the educational institutions must reduce fees as their running costs have come down with various facilities provided on campus remaining closed. The management of educational institutions should be sensitive to the problems faced by people due to the pandemic and take steps to provide succour to students and their parents in these harsh times.
Insisting on payment for facilities not provided to students would amount to profiteering which must be avoided by the schools. Focusing on children’s education should be a priority since they are the stepping stones of the future.

The author is an Advocate, Supreme Court of India & social activist