The Constitution has no place for a former President retaining some presidential powers when someone else has already attained office. 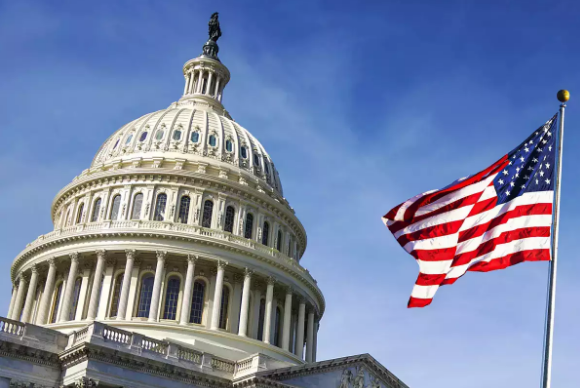 To understand how joyless and deadlocked the political atmosphere has become in the United States, consider this: When a Donald Trump-inspired mob stormed the Capitol Building on January 6, 2021, politicians—Democrats and Republicans and their staff—hid in safe rooms or behind barricaded office doors. The next day almost every Congressperson said they were angry and disturbed.

For hours, the mob had shouted they were after House Speaker Nancy Pelosi, a Democratic leader, as well as Vice President Mike Pence, who had ignored President Trump’s demand that day for the usually obsequious Pence to disrupt the electoral vote count.

The insurrectionists could not have identified a Democrat from a Republican of the nearly 535 politicians there that afternoon.  And yet, now 10 months later all the Congressional Republicans behave as if a mob ransacking the Congress was a normal tourist event, so strong is their fear and/or allegiance to the former president.

Law enforcement with help from social media has identified nearly 700 people who have been arrested for participation and federal court trials have begun. This week, a stream of campaign email fundraising messages from Trump attacked US President Joe Biden. His talking points are repeated by right-wing media and show up all over the web. None of this makes his claims true, but lacking a Twitter feed this is the methodology the Republicans are using.

However, it was quite surprising this past week when Trump threatened the future of elections this way: “If we don’t solve the Presidential Election Fraud of 2020 ( which we have thoroughly and conclusively documented) Republicans will not be voting in ’22 or ’24. It is the single most important thing for Republicans to do.”

What? Boycott elections. It sounded like a 1950’s comedy joke about a man threatening the cops if they didn’t let him go, he’s shooting himself. Claiming to have proof when no court agrees is a repetitive misstatement meant only to keep the core MAGA crowd on the side. If this reduces the pro-Trump turnout, it is hard to see how it helps win elections. Republicans lost two Georgia Senate seats in run-off elections after Trump lost the presidential election thought to be because some Republicans were upset and stayed home.

The Constitution has no place for a former President retaining some presidential powers when someone else has already attained office. That Trump won’t let go of his fixation on winning has a lot to do with keeping control of the GOP and contemplating a 2024 effort to win back the White House. Trump remains preoccupied with the intensifying probe into what actually took place on the January 6 insurrection at the Capitol building, which he watched on television from the Oval Office.

The House Select investigating committee was rebuffed by four former Trump aides who claim Trump told them they are covered by his executive privilege. Steve Bannon, who wasn’t officially anything in the Administration after 2017, refused a subpoena to appear. The Congressional House select investigating committee plans to criminally charge him with contempt. Jousting with authority has been a Bannon signature move for decades.

“I hope the committee goes after them and holds them accountable,” President Biden told reporters.  If the committee votes for contempt, then it is the US Department of Justice that undertakes the prosecution.

There was a Supreme Court decision involving privilege for former President Richard Nixon after his resignation from the Watergate affair. Legal observers consider this a case of poorly chosen language or simply a non-sequitur the Court didn’t fully think through. The precise issue has never been directly litigated because Presidents have many shared institutional interests with predecessors. Of course, there has never been a president quite like Donald J. Trump

At a White House briefing, a reporter asked if President Biden exposed himself to future problems by not using his executive privilege to protect Trump. Press Secretary Jen Psaki, quick-witted and direct, said: “I can assure you that this President has no intention to lead an insurrection on our nation’s Capitol.”

While all of this goes on, the business of plans to deal with climate change, infrastructure, and voting rights are stuck in a Senate where the “filibuster” rule requires 60 votes to pass anything, meaning the thin Democratic majority needs to get 10 Republican to pass a bill.

Because states control voting regulations absent an overriding federal law, it is in Republican legislatures where the legal groundwork helping to reduce the ability of non-Republicans to vote is playing out.