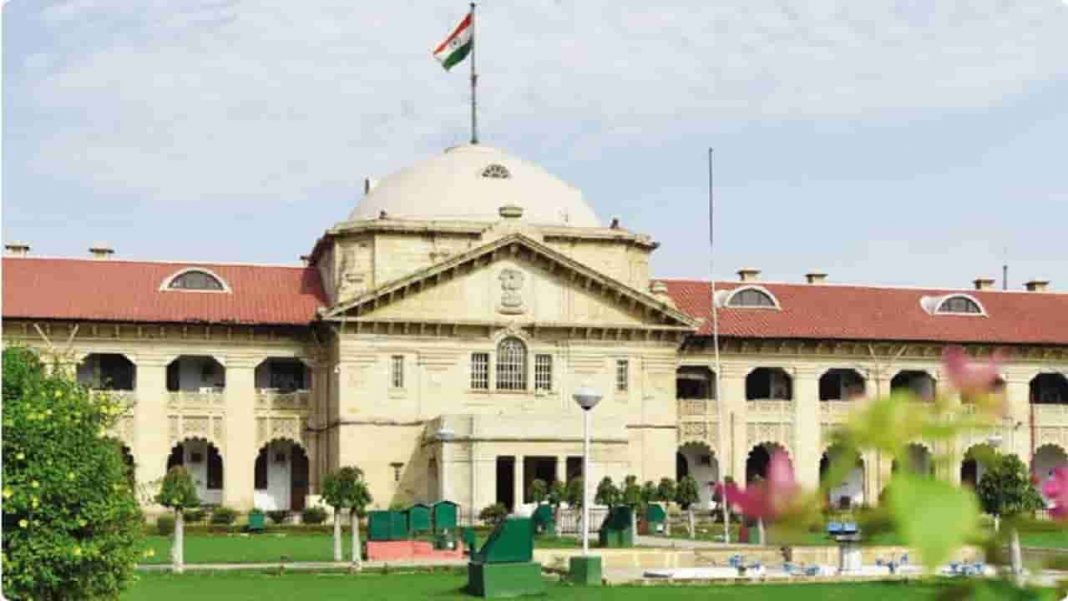 The Allahabad High Court has granted bail to a man accused of forwarding an objectionable message regarding French President Emmanuel Macron.

A Single-Judge Bench of Justice Dinesh Kumar Singh passed this order while hearing a bail application filed by Mohammed Naeem.

It is alleged that the applicant forwarded the objectionable message regarding Macron, the President of France and asked people to display black flags as a mark of protest at their houses, shops and establishments.

He submitted that the applicant has tendered his unconditional apology for forwarding this message and undertakes that he will not indulge in any such activity in future.

The Court order dated  February 4, 2021 directed the learned Counsel for the applicant to file an affidavit of the applicant from jail regarding his unconditional apology stating that he has firm belief in communal harmony and peace in the society and in Indian Constitution and rule of Law.

“Considering the facts and circumstances of the case, the applicant has tendered apology and he has expressed regret for forwarding the message, inasmuch as the applicant has no criminal history and has been in jail since November 7, 2020 and the arguments advanced by the Counsel for the parties and, without expressing any opinion on the merit of the case, I find it to be a fit case for granting bail,”

The Court has released applicant Mohammad Naeem on bail in the case on his furnishing a personal bond and two sureties of the like amount to the satisfaction of the Magistrate/Court concerned, subject to following conditions :-

(i) The applicant shall file an undertaking to the effect that he shall not seek any adjournment on the dates fixed for evidence when the witnesses are present in the court. In case of default of this condition, it shall be open for the trial Court to treat it as abuse of liberty of bail and pass orders in accordance with law.

(iii) In case, the applicant misuses the liberty of bail during trial and in order to secure his presence, proclamation under Section 82 of CrPC is issued and the applicant fails to appear before the court on the date fixed in such proclamation, then, the trial Court shall initiate proceedings against him, in accordance with law, under Section 174-A of the Indian Penal Code.

(iv) The applicant shall remain present, in person, before the trial court on the dates fixed for (i) opening of the case, (ii) framing of charge and (iii) recording of statement under Section 313 CrPC, If in the opinion of the trial court absence of the applicant is deliberate or without sufficient cause, then it shall be open for the trial court to treat such default as abuse of liberty of bail and proceed against him in accordance with law.