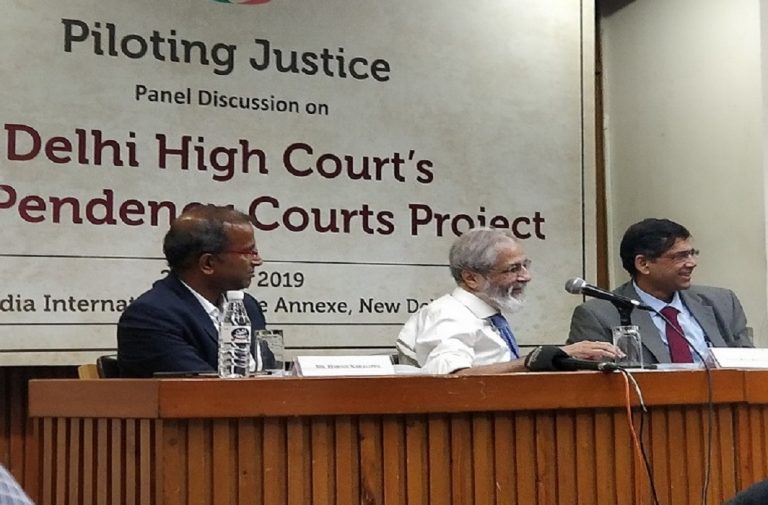 The panel discussed the findings of the ‘Zero Pendency Courts Project Report’ which was released by the High Court on May 3, 2019. The pilot project, a first-of-its-kind in the history of the Indian judiciary, aimed at understanding the functioning of courts when they were not burdened with arrears or backlog, and recommended ideal timelines for disposal of different types of cases. Some of the key findings from the report are as follows:

The data collected from it will be helpful in shaping policy decisions on the following aspects:

1) Prescribing timelines for various stages of a case; 2) Identifying benchmarks for disposing various types of cases and ultimately codifying them in Case Flow Management Rules for cases; 3) Providing a concrete definition for concepts such as ‘backlog’ and ‘arrears’; 4) Reimagining norms for ‘units system’, which is a metric used to assess the performance of judges; 5) Arriving at an optimal judge strength for subordinate courts.

Senior advocate Arvind P Datar shared from his experience of practising in various courts and gave the following suggestions: