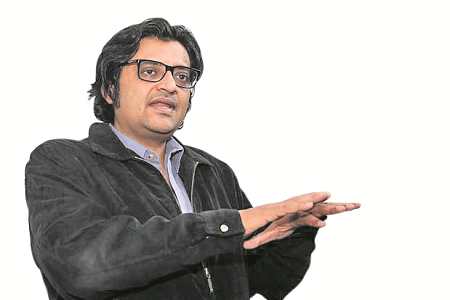 The FIRs have been registered under section 153A, 188, 295A, 505(2) of India Penal Code by Shri T.S. Singhdeo, Health Minister of Chhattisgarh, Mohan Markam PCC Chief and Shri Girish Dubey district president of Congress party, alleging that Mr. Goswami deliberately misreported the entire press conference of Rahul Gandhi wherein he gave constructive suggestions to the government for fight against the spread of COVID-19. He misled the country by saying that ramping up tests against coron virus is a wrong suggestion from Mr. Gandhi and ran a report that Mr. Gandhi is against lockdown. Whereas, experts from John Hopkins University of United States have shown agreement with the suggestions of Rahul Gandhi. Thus Mr. Arnab goswami be prosecuted for spreading fake news as per thedirections of Central and State Government.

The allegation of Mr. Singh deo is that Arnab Goswami in a debate over Palghar lynching incident raised question over silence of Mrs. Sonia Gandhi on killing of two hindu saints and defamed her by saying that why Italian Sonia Gandhi is silenced, would she have kept silence if a Padre or moulvi had murdered? She would have created havoc, then why should hindus keep quite. Mr Singh Deo said that on basis of such statements Arnab Goswami incited the people for riots on religious lines. There is enormous tension amongst various religious communities and thus he should be arrested and prosecuted as per law.

Arnab goswami and his wife were also targeted by goons on last night when they were returning to home. Mr. Goswami has in strong words have condemned the action of Congress party of lodging FIRs against him.

Did you find apk for android? You can find new Free Android Games and apps.
Share
Facebook
Twitter
Pinterest
WhatsApp
Previous articleDelhi HC Issues Fresh Guidelines for Mentioning of Urgent Matters
Next articleFIRs All Around As Arnab Goswami and Congress Leaders Trade Charges