FIRs All Around As Arnab Goswami and Congress Leaders Trade Charges 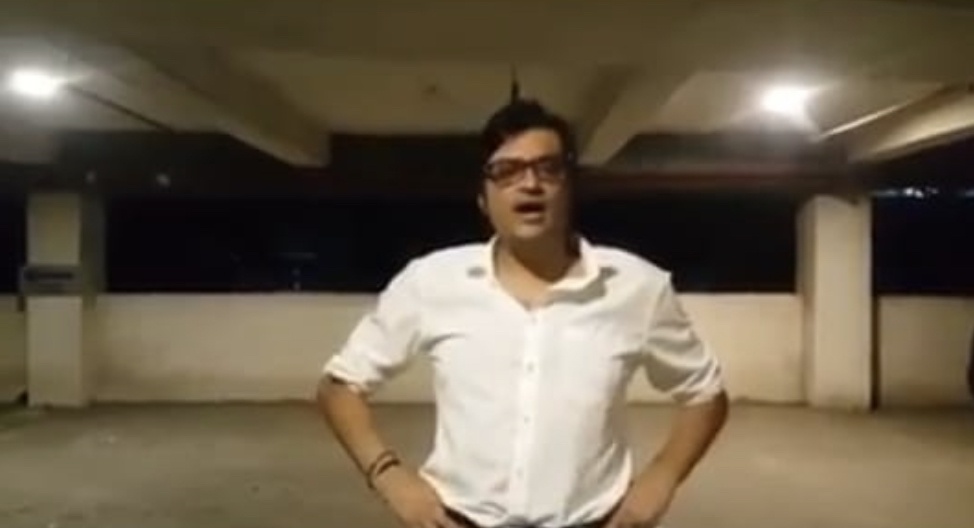 “The FIR has been registered at the NM Joshi Marg Police station under Sections 341 and 504 of the Indian Penal Code,” Deputy Commissioner of Police (DCP), Zone 3, Avinash Kumar said.

Goswami in his complaint to the police has alleged that he and his wife were attacked by Youth Congress workers when they were driving back home from the Republic TV Headquarters in Worli, agencies reported.

Just hours earlier,  following multiple complaints, against the voluble anchor,  Chhattisgarh police registered FIRs against him under sections 120 B (punishment of criminal conspiracy), 153 (giving provocation with intent to cause riot), 153 A (attacks upon the religion, race, language etc), 295 A (deliberate and malicious acts, intended to outrage religious feelings) 298 (uttering, words with deliberate intent to wound the religious feelings), 500 (punishment for defamation) 505 (intent to incite clash between communities) of the Indian Penal Code (IPC) on Wednesday. He was charged with spreading communal hatred, inciting violence and defaming Congress president Sonia Gandhi, Demanding “arrest” of the celebrated news anchor, several Congress leaders including cabinet ministers also lodged FIR against the TV journalist.

One of the FIRs that was lodged at Police Station Civil Lines, Raipur at the behest of cabinet minister TS Singh Deo alleged that Goswami was guilty of defaming Congress president Sonia Gandhi and disturbing communal harmony.

Deo alleged that Goswami in his show “Poochhta hai Bharat” aired on April 21 made inciting, inflammatory and defamatory statements during a debate on Palghar mob-lynching.

In his video message after the incident, Goswami said: “…Sonia Gandhi, you tried to carry out an attack on me when I was driving back from work. Sonia Gandhi bring it on. Maybe you did not like it. But nobody is scared of you anymore. Get your goons out, attack me, stop my car, do the hell what you can. We are not going to scared of you and your monstrous measures.”

“I hold you personally responsible for any consequences of any attack on me. If anything happens to me, it is Sonia Gandhi who is responsible. Sonia Gandhi and Vadra family who cannot take my questions right now. I have asked legitimate questions,” he said.

The senior journalist alleged that Congress leader Priyanka Gandhi Vadra has tried to spread fake news regarding segregation of COVID-19 patients in Gujarat on April 15.

“I have questioned and exposed the lies of Sonia Gandhi and her daughter Priyanka Vadra who had tried to spread fake news regarding segregation of COVID patients in Gujarat on April 15. I suspect and am concerned that there could be an attempt to conceal the fact that this was a clear attack orchestrated by Sonia Gandhi and the Congress leadership on me and my wife,” read the complaint.

Did you find apk for android? You can find new Free Android Games and apps.
Share
Facebook
Twitter
Pinterest
WhatsApp
Previous articleFIRs lodged against Arnab Goswami by Congress party
Next articleNurses Body Petition HC To Get COVID Affected Professionals Back To Kerala