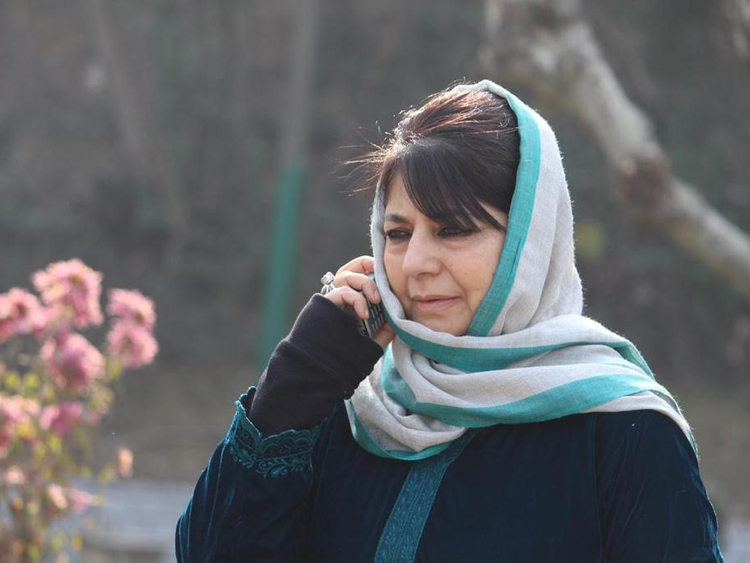 People’s Democratic Party (PDP) president and former chief minister Mehbooba Mufti was released on Tuesday night after the Jammu and Kashmir administration revoked her detention under the Public Safety Act (PSA). She had been under arrest for over 14 months since the Centre scrapped Article 370 of the Constitution in Jammu and Kashmir on August 5, 2019.

On Tuesday, Home Secretary Shaleen Kabra issued an order saying under Section 19(1) of the Jammu and Kashmir Public Safety Act, the government has revoked the detention order of Mehbooba Mufti with immediate effect. The release comes two days before her daughter Iltija Mufti’s petition challenging her illegal detention was to be heard in the Supreme Court. The court had questioned the Central and Jammu and Kashmir governments over her detention beyond a year and had given them two weeks to explain the intention.

Immediately after her detention was revoked, a PDP spokesperson said Mehbooba Mufti will address a press conference in Srinagar on October 16. In an audio text message posted on Twitter just after her release, she said the black day, August 5, 2019, continues to bother her. She added that the people of Jammu and Kashmir cannot forget the robbery and humiliation they faced when an illegal, undemocratic decision was forced upon them. She has demanded the release of all prisoners who have been locked up in different jails of the Union Territory and states.

Along with other mainstream leaders and separatists, Mehbooba Mufti was detained on the day the Centre abrogated Jammu and Kashmir’s special status and divided the erstwhile state into two Union Territories. Initially, she was under preventive detention for six months and the PSA was later slapped against her in February and her detention was extended till July 31. Due to the Covid-19 pandemic, Mufti was then shifted to her residence as a subsidiary jail from two separate sub-jails in Srinagar.

The former Chief Minister was the last of the senior leaders under detention in Kashmir. Earlier, in March this year, National Conference (NC) president Dr Farooq Abdullah and vice-president Omar Abdullah were released.