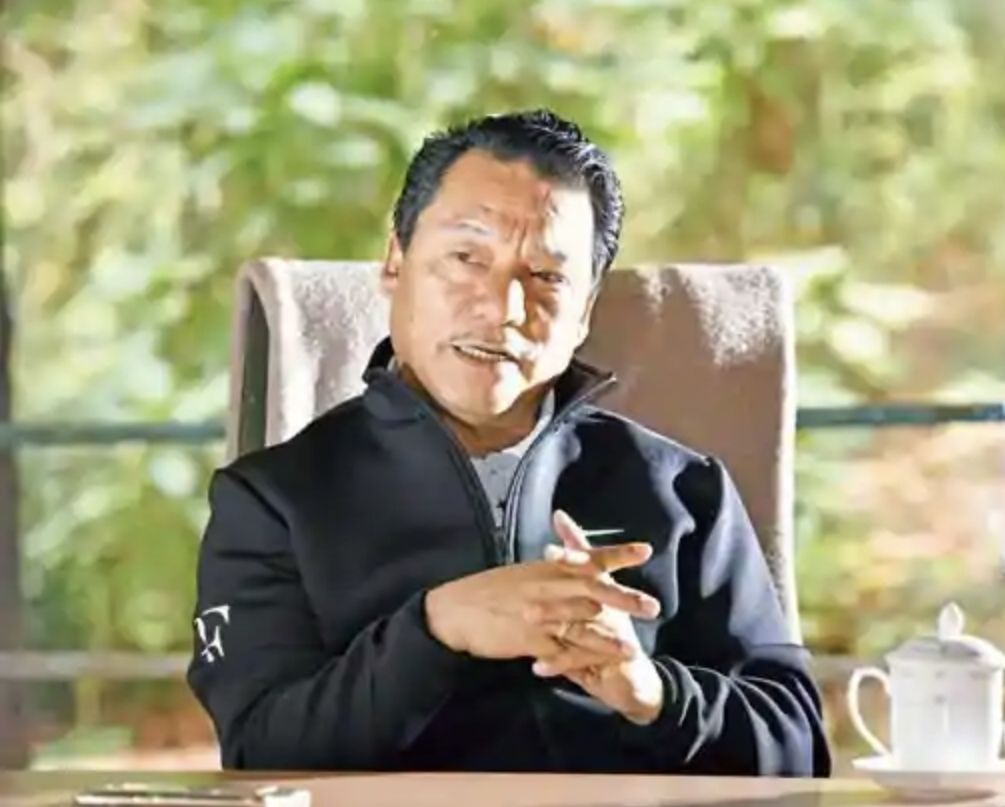 New Delhi (ILNS): In a political development that adds muscle to the ruling Mamata Banerjee government in West Bengal, the fugitive leader of the Gorkha Janmukti Morcha (GJM), Bimal Gurung, yesterday appeared in public for the first time in three years and announced his severing of ties with the BJP-led NDA and offered his full support to the Trinamool Congress.

Gurung alleged that “the Central government failed to find a permanent political solution to the Darjeeling statehood demand.”

At a hurriedly called press conference, the GJM leader pledged support to Trinamool in the upcoming Assembly polls, saying that Chief Minister Mamata Banerjee “does what she says”.

The leader is one of the founders of the Gorkha Janmukti Morcha, a political party demanding the formation of a separate state of Gorkhaland within India. The GJM leader went into hiding in 2017 after he was charged under the Unlawful Activities (Prevention) Act in connection with a grenade attack at Kalimpong Police Station and an explosion in Darjeeling’s Chowk Bazaar area.

His sudden reappearance could indicate a twist in the political equation in the hill district of Darjeeling, which is represented by BJP leader Raju Bishta in Parliament. Gurung’s tacit support has helped BJP win the Darjeeling Lok Sabha seat for three consecutive times.

On September 19, Raju Bista, under pressure from GJM leaders, raised the Gorkhaland issue during the monsoon session of Parliament and requested a permanent political solution to fulfill the long pending demand of the people from Darjeeling hills, Terai and Dooars regions.

During the unrest in 2017, the GJM had split, with Gurung’s faction offering support to the NDA and the Binoy Tamang-led faction supporting the Trinamool Congress in West Bengal.

Mamata Banerjee has welcomed Gurung’s decision to withdraw support from NDA and called the BJP “untrustworthy.”