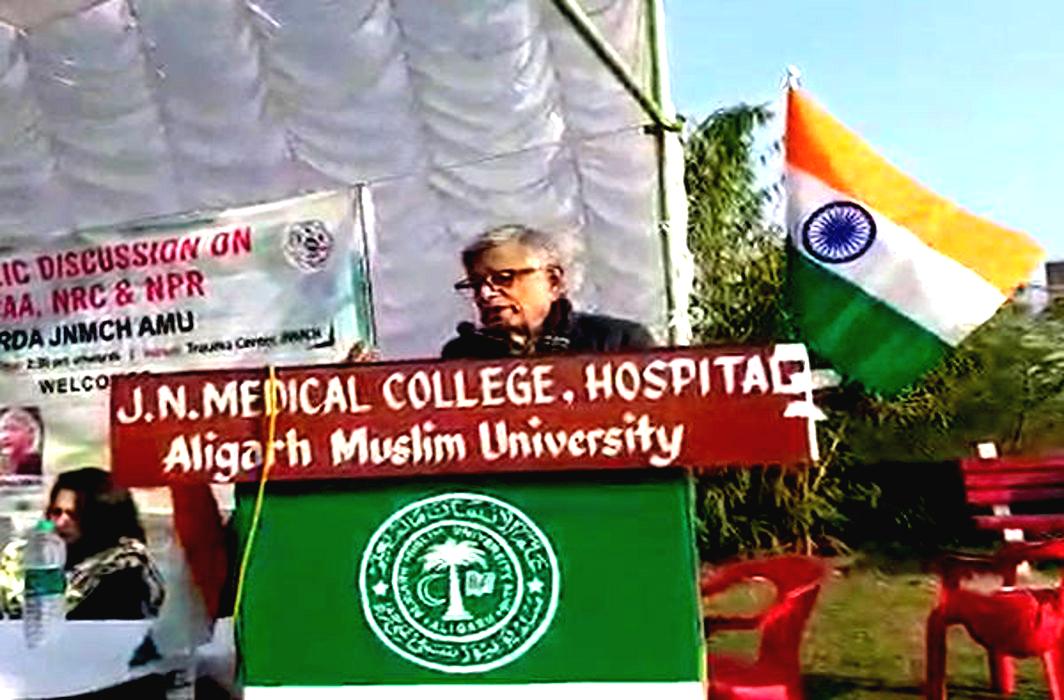 Historian Irfan Habib was slapped with a notice by an Aligarh Civil Court advocate for taking a jibe at the Prime Minister during a speech at the Aligarh Muslim University, calling him “illiterate”.

The notice, served by Advocate Sandeep Kumar Gupta, says the historian’s speech on Monday was “against the unity and diversity of India and it also challenges sovereignty.”

The notice further says, “You advised Amit Shah to remove Shah from his name as it is a Persian word, you said RSS was formed to attack Muslims, you blamed Hindutva idealogue Veer Savarkar of dividing the nation despite the fact that two-nation theory was propounded by Jinnah, you ridiculed the use of Gandhi’s spectacles in government’s Swwacchta Abhiyan.”

In the notice, the advocate said he has taken cognisance of Habib’s “poisonous statements” from various newspapers which reported his speech and the event.

Gupta has sought a reply from Habib within seven days and asked him to publish an apology, warning him of strict legal action if not done so.

Habib has worked on the historical geography of Ancient India, the history of Indian technology, medieval administrative and economic history, colonialism and its impact on India, and historiography.

He is the Professor Emeritus at the Department of History at Aligarh Muslim University.

The 88-year old historian’s alleged remarks come in the wake of the controversy surrounding the new citizenship law, which came into force on January 10.

Did you find apk for android? You can find new Free Android Games and apps.
Share
Facebook
Twitter
Pinterest
WhatsApp
Previous articleNirbhaya Case: Curative petition dismissed-Read full text of the order
Next articleAllahabad HC To UP Govt: What Have You Done To Regulate Sale, Distribution of Acid?